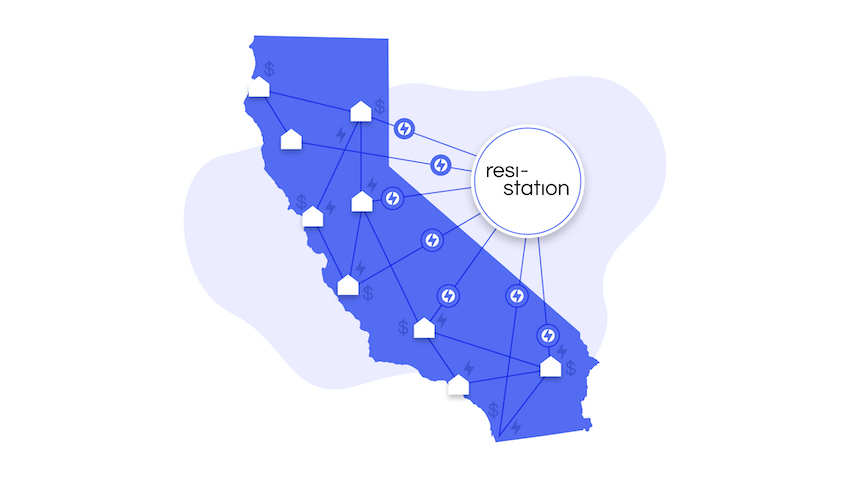 Sidewalk Infrastructure Partners â€‹(SIP) announced this week that it has made a $100M investment to advance the grid of the future in California. The transaction includes a $20 million investment in Oâ€‹hmConnect and an $80 million commitment to finance North America’s largest distributed virtual power plant (VPP), Resi-Station.

The 550-MW Resi-Station project will comprise hundreds of thousands of actively engaged customers with a fleet of in-home smart devices delivering targeted energy reductions, orchestrated by technology that predicts, incentivizes, and coordinates residential energy use. The funding of the project commitment is subject to customary regulatory approvals.

At full scale, Resi-Station will be the largest residential virtual power plant in the world, according to the companies.

OhmConnect figured out how to tap into demand flexibility by working with customers. When sent a signal to reduce energy use, customers that comply receive a financial reward. The company said that at peak stress on the power grid between August 13 and 20, 2020, OhmConnect engaged its customers to râ€‹educe almost one GWh of total energy usage,â€‹ the equivalent of taking more than 600,000 homes off the grid for an hour. OhmConnect toggled its customers’ smart devices and appliances off and on 739,000 times to save energy and reduce stress on the grid, paying out $1M to usersâ€‹ and helping avoid additional blackouts.

The Resi-station project is a build out of the above scenario.

SIP’s capital will expand OhmConnect’s ability to pay California residents who conserve energy by turning off the A/C or unplugging major appliances during peak stress. At scale, the companies believe Resi-Station could provide 5 GWh of energy conservation, five times what OhmConnect provided this past August, equal to the full amount of the energy shortfall in this year’s blackouts, and the equivalent of not burning 3.8 million pounds of coal.

Because energy use can be shaped through distributed resources like rooftop solar, smart devices, and electric vehicle batteries, it is now possible for connected residences to leverage IoT to scale electricity consumption up or down to stabilize the power grid. This constellation of technology and tools allows for improved energy efficiency and the ability to build a power grid that’s responsive to 21st century needs.

The Resilia platform will develop and scale technology and infrastructure innovations as global energy grids shift from centralized power to distributed, sustainable solutions.

In order to scale up Resi-Station and provide savings to California residents, SIP and OhmConnect are partnering with leading manufacturers of connected, and secure home devices and plan to offer free smart thermostats to hundreds of thousands of participants in the OhmConnect software program enabling Resi-Station.

“SIP believes that energy grids must be modernized in order to orchestrate distributed energy resources,” said Jonathan Winer, co-CEO of Sidewalk Infrastructure Partners. “With this distributed clean power plant, Resi-Station, we are rethinking the structure of modern power grids, allowing them to function more like a symphony than a solo – a sequence of energy-taking and energy-giving systems that communicate and cooperate with one another to deliver electricity safely, cheaply, and efficiently.”

OhmConnect, on behalf of Resi-Station, will provide a tech-forward user experience that will incentivize customers to reduce their electricity consumption via real-time communication prompts. For instance, a customer may receive a text asking her to adjust her thermostat for a few hours in exchange for a reward payment, offering upside to the customer, the power grid itself, and the environment. Through Resi-Station, SIP and OhmConnect plan to scale this approach to reach hundreds of thousands of California homes, with customers rewarded for delivering energy savings.

“OhmConnect has shown that by linking together the savings of many individual consumers, we can reduce stress on the grid and help prevent blackouts,” said OhmConnect CEO Cisco DeVries. “This investment by SIP will allow us to bring the rewards of energy savings to hundreds of thousands of additional Californians — and at the same time build the smart energy platform of the future.”