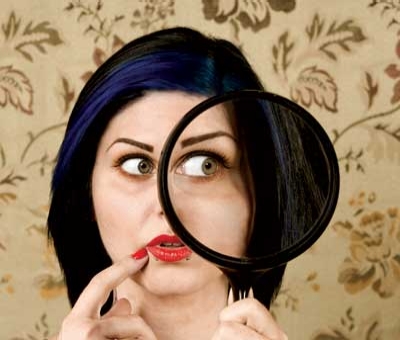 The benefits of smart meters finally are resonating with utilities, leading to healthy penetration rates for smart meters across the U.S. The ability to monitor power consumption in real time, allowing utilities to enhance customer service offerings including demand response, are driving small and large utilities to implement and execute advanced metering infrastructure (AMI) strategies. Utilities also are drawn by the prospects of reducing labor hours by remotely addressing service orders such as power connect and disconnect, outage detection and other power delivery issues.

The market has witnessed a positive shift in market penetration for smart meters, according to a survey conducted by the Federal Energy Regulatory Commission. In 2010, market penetration of advanced meters reached 8.7 percent in the U.S. compared with 4.7 percent in 2008. This same survey shows that seven states have achieved a market penetration more than 15 percent: Arizona, Oregon, Idaho, Pennsylvania, Wisconsin, California and Missouri.

In dollar value, Frost & Sullivan analysis shows that smart meter sales were around $1.01 billion in 2010. This market is expected to reach $2.3 billion in annual sales by 2017, translating to a healthy compound growth rate of 12.4 percent between 2010 and 2017. Figure 1 illustrates market size for the total North American smart meter market.

Some people argue the market is far from reaching its potential after it went through setbacks including negative press, construction slowdown and privacy and cybersecurity fears.

Utilities are under constant scrutiny from ratepayers and state regulatory agencies such as public utility commissions (PUCs). Utilities are asked to justify requests for rate increases and to address other general consumer concerns. Exaggerated claims of electrical poisoning from smart meter radiation were effective enough for California’s largest utility, Pacific Gas and Electric Co. (PG&E), to offer opt-out programs to its residential customers. Recently, the Maine PUC also voted to require Central Main Power Co. to submit an option to turn off smart meter radios. This happened despite evidence that the radio frequency (RF) is below protective limits set by the Federal Communications Commission.

Negative construction rates for commercial and noncommercial during the Great Recession slowed smart meter projects, and priorities were redefined to accommodate the industry slowdown. The market officially exited this phase in 2010, and major meter manufacturers including Itron and Elster exhibited double-digit growth during first quarter 2011 over 2010.

Others have raised concerns about privacy issues and fears that customer data will be passed to third-party vendors for targeted marketing purposes. These issues are being addressed and taken seriously.

In 2010 California enacted legislation to ensure privacy protection for consumers and their energy consumption data. According to California Senate Bill 1476 of the 2009-2010 Session, the release of customer energy information requires customer consent.

The industry also is discussing cybersecurity as result of AMI. Cyberattacks include deliberate and unintentional attacks such as industry espionage, threats from disgruntled employees, user errors and natural disasters. This is being addressed also through committees such as the National Institute of Standards and UtilityAMI, which have formed security working groups to analyze perceived security threats.

Despite these challenges, smart meter deployments are underway and utilities are moving to the next strategy for implementing consumer service and demand response programs for residential customers. This will allow utilities to demonstrate what smart meter investments are worth.

Frost & Sullivan identifies 2012 and 2013 as critical years for expanding demand response programs because major regions including California and Texas will be close to completing smart meter deployments. The three largest California utilities—San Diego Gas & Electric Co., PG&E, and Southern California Edison—together have installed more than 11 million smart meters and expect to complete installation of a total of 24 million by the end of 2012. Similarly, the three largest Texas utilities—Oncor, American Electric Power Co. Inc. and CenterPoint Energy—expect to complete their smart meter installations between 2012 and 2013.

Smart meter strategies might appear surprisingly fruitful for residential consumers despite concerns highlighted in the media. In March, Frost & Sullivan conducted a customer survey of 1,013 residential U.S. homeowners. The intent of this survey was to determine customer willingness to adopt demand response programs and to determine motives for such.

The survey illustrates that U.S. homeowners are receptive to changing their energy habits whether by changing housework times or monitoring power usage online. The motivating factor for adopting demand response is the prospect of lowering electricity bills. Some 78 percent of respondents indicated they would be very or somewhat likely to monitor their electricity consumption online. Strong acceptance comes despite that only 40 percent of homeowners are aware of smart grid technology and 16 percent of respondents knew of their utilities’ introducing smart grid technology in their communities.

Smart meters are not the end goal for most utilities, but they are an important step for realizing smart grid. The goal for most utilities is to tackle inevitable external changes that if unaddressed will compromise grid reliability and availability. Noticeable external changes include the anticipation of electric vehicles, federal and state pressure to accommodate renewable power, and the growing gap between power supply and demand.

Smart meters are just a piece. Real-time visibility and data collection will set the platform for engaging customers in time-of-use and dynamic pricing programs. Eventually the transition to an AMI that integrates meter data management and potentially distribution automation will provide a more complete picture. Recognizing this development, meter vendors are positioning themselves more as holistic solution providers that include consulting services to integrate meters with home area networks, demand response offerings, distribution and substation automation and utility back-office applications. Offerings most likely will include meter data management systems and customer-oriented appliances, and they will support on-network and communication infrastructure.

Farah Saeed is a principal consultant with Frost & Sullivan. She has been tracking the energy and power space more than 12 years covering technologies including power transmission and distribution, power suppliers and energy storage. Reach her at fsaeed@frost.com”>href=”mailto:fsaeed@frost.com”>fsaeed@frost.com.