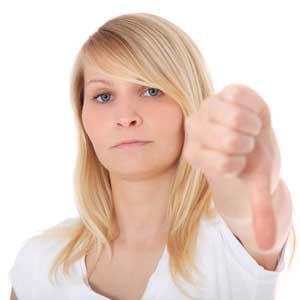 During the past two decades, roughly 300 million electric and gas meters on customer premises have been equipped with radios to transmit meter readings to remote locations without harming a single consumer. Yet activists contend that smart meters are harmful, despite lack of proof for physical harm caused by radio frequency (RF) emissions or violation of privacy through unauthorized release of data or other means.

Nevertheless, in what appears to be political pragmatism, a few utility regulators have given customers the ability to opt out of having a smart meter installed on their premises. In all but one case—Vermont—customers who opt out are charged a monthly fee for manual reads of their meters.

Consumers wouldn’t try to tell utilities what wires, pipes, transformers, regulators and other equipment to use in providing service. Yet a tiny, vocal minority insists on trying to control whether smart meters are installed.

The Environmental Defense Fund reminds us in “Why PG&E Customers Should Keep Their Meters Smart,” a 2011 blog by attorney Lauren Navarro, why opting out of smart meters is not good public policy:

Fear of the Unknown

As noted, millions of families have used meters with radio transmitters as long as 20 years without evidence of harm. Yet some people experience real fear as a result of confusing media reports. In most of these articles, reporters give equal weight to all sources cited, from outlandish claims from a few critics to statements from experts with broad and deep experience.

For instance, a 2011 USA Today article, “Could smart electric meters be a dumb idea?” by Dan Vergano quotes a Maine politician who implies smart meters are potentially as dangerous as DDT spray, as well as a Department of Energy representative who explains how smart meters empower consumers to make choices. The latter is far more credible but the former gets the attention. Or worse, readers might assume smart meter critics’ concerns are more valid or important because about three-fourths of the article focuses on those concerns.

This approach might represent diverse views, but it is not balanced journalism because it lacks context about how each side backs its claims. The New York Times science writer Andrew Revkin sums up this approach as the “tyranny of balance” in his Oct. 26, 2010, Dot Earth blog.

“As a kind of crutch and shorthand, journalism has long relied on the age-old method of finding a yeah-sayer and nay-sayer to frame any issue, from abortion to zoning,” Revkin writes. “It is a quick, easy way for reporters to show they have no bias. But it is also an easy way, when dealing with a complicated ” issue, to perpetuate confusion in readers’ minds.”

“In the absence of information, people fear the worst,” Honebein said.

It’s important to respect the views of people who are concerned with new technologies’ health effects. Decades of scientific evidence, however, indicate RF emissions from smart meters are highly unlikely to affect human health.

Beyond the Federal Communications Commission (FCC), whose job it is to set RF safety guidelines, many organizations including the the World Health Organization and the NRC, an affiliate of the National Academy of Sciences, have studied RF health effects. Decades of scientific research show RF emissions do not cause a significant risk to human health or in cases where a health effect was seen, the effect could not be reproduced by doctors and scientists who attempted to repeat the experiment.

Several years after cell phones became widespread, a prestigious 16-member committee of the NRC announced the results of a congressionally commissioned study of RF emissions in residential areas. In “Possible Health Effects of Exposure to Residential Electric and Magnetic Fields,” the NRC summarized its analysis of some 500 studies conducted in 17 years. The NRC concluded exposure to residential emissions does not cause cancer or otherwise threaten human health.

More recently, the Centers for Disease Control in Maine—one state that has allowed smart meter opt out—similarly concluded there was no evidence to support health concerns related to smart meter RF signals. Richard Tell Associates, a consultantcy on RF safety, offers a comparison of the relative amount of RF emissions from common sources:

Many utilities and industry organizations point out that RF emissions are less than one-ten thousandth of what a cell phone transmits, and there are more than 325 million cell phones in the U.S. (compared with 35 million smart meters).

Maine is one of a handful of states—along with California, Texas, Michigan and Nevada—that has conducted an investigation of opt-out costs. Maine allows four options for customers, which are representative of those under discussion or adopted in other states:

1. Receive the utility’s standard smart meter at no extra charge.
2. Retain the existing analog meter with an upfront charge of $40 and a $12 monthly charge.
3. Receive the utility’s standard meter with the transmitter disengaged at a $20 upfront charge and a $10.50 monthly charge.
4. Relocate the utility’s smart meter away from the home (an option that also existed with traditional meters). Customers are responsible for the costs of having their meters moved but would have no other ongoing charges.

Maine’s public utility commission (PUC), like those in other states, found there are costs associated with allowing customers to keep analog meters and turning off smart meter transmitters. These include the cost of manual reads and ensuring proper functioning of the smart meter system despite some customers’ opting out.

Following a review by the PUC staff and experts hired by Maine’s public advocate, these costs were determined to be reasonably necessary. The issue of who pays them also was addressed. It might not seem fair to ask people to pay extra for a meter they think might negatively affect their health. On the other hand, in the absence of evidence of health effects, it also might seem unfair to require customers who do not want to opt out to pay for those who do. This is exactly what would happen if the costs of the opt-out program were absorbed into the rates paid by all.

The public advocate in Maine chose to support the staff’s proposal, in which the costs are borne by opt-out customers, and it was approved by the PUC. The PUC also approved a break for low-income customers who opted out. Other states have considered or adopted similar low-income discounts, including California.

In adopting the opt-out program, the PUC affirmed its support for Central Maine Power’s smart meter initiative and the smart grid more generally.

“This technology will not only allow access to usage information and pricing programs that will provide individual customers with opportunities to lower their electricity bills, but it will also result in (a) more efficient electric grid and utility operational improvements for the benefit of all electricity users,” according to the PUC.

Consumers Get the Final Word

In practice, the number of customers who opt out of smart meters—fewer than 1 percent—confirms that most customers support having a smart meter or at least do not oppose it.

Customers in Maine, the state with the highest level of press coverage regarding the issue, are most active, with some 1.4 percent of customers’ opting out (about 8,000 customers of the 600,000 total). Here are some others reported recently:

The average of these, including Maine, is 0.4 percent—about 1 in 250 customers.

Utilities and customers widely agree that smart meters provide important customer benefits and lay the foundation for increasingly more benefits. The best approach to address the few customers with smart meter concerns—despite that evidence does not support those concerns—is to offer opt-out programs, with the associated costs borne by customers who exercise that option. With no evidence to support smart meter fears, it is time for the general public to begin benefiting from this technology.

Chris King is chief regulatory officer at eMeter. A nationally recognized authority on energy regulation and competitive energy markets, King has testified before Congress and was instrumental in crafting the Energy Policy Act of 2005 that paved the way for advanced metering initiatives in the U.S. He has a Bachelor of Science and a Master of Science in Biological Sciences from Stanford University, a Master of Science in Management from the Stanford Graduate School of Business, and a Juris Doctor from Concord University School of Law.