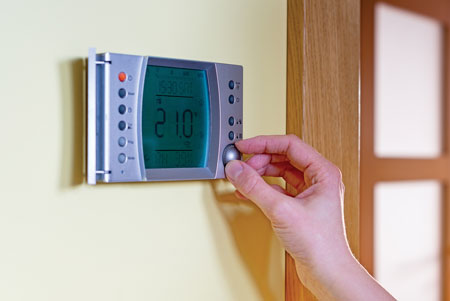 The automated home market passed $23 billion in 2018 and is expected to reach $75 billion by 2025, having grown at a compound annual growth rate of 18%, according to GlobalData, a data and analytics company.

According to GlobalData, much of that growth will be driven by smart thermostats, which are becoming increasingly common as consumers and governments look to control energy consumption. Many utilities have already entered the home rooftop solar and storage market and the energy management systems market.

Utilities have slowly shifted from being just electricity suppliers to innovating new business avenues by offering a wide array of energy and other products and services to existing customers.

Utilities and electricity retailers have been attempting to enter the automated home market by leveraging their large existing customer base. They have already tested the waters by supplying their customers with Energy Management Systems (EMS) and smart thermostats, which are connected to the utility and are integrated into the smart meters, allowing customers to use the thermostats optimally and maximise energy savings.

Utilities that convince consumers to install smart meters also gather process data from the meters and are at an advantage when compared to other contenders in the automated home market who do not have such access.

Players such as smart home device manufacturers and service providers should be keen to partner with utilities to use the historic smart meter data to better programme or calibrate their devices. Selling these devices to existing customers in partnership with device makers is expected to create a viable revenue source for utilities.

Thermostat manufacturers such as Nest collaborate with utilities to jointly provide an option for the utility to control customers’ thermostats. Using this feature, either the utility or the device-maker can change the thermostat settings in customers’ residences during times of peak demand, resulting in a saving on power bills for the customer and reducing the load on the utility.

Utilities typically pay an incentive to customers in return for allowing them to control their consumption. The compensation is usually either monetary or in the form of credits that can later be used to pay electricity bills. The same mechanism can be used not only for thermostats but for other smart devices as well, as long as they are connected to the utility.

Most utilities provide an option to override the utility’s control over a customer’s thermostat and other connected devices in spite of the explicit consent given by the customer to the utility to control their devices. Without such an override option, a sense of insecurity may develop among the customers, eventually leading them to opt-out of the programme altogether.

Some utilities have been investing in or acquiring start-ups and small to medium-sized companies that develop software and platforms meant to assist homeowners and residents in managing their energy consumption by automating the usage of compatible devices.