Power utilities around the world are transforming their transmission and distribution (T&D) systems into smart grid networks. As part of this transformation, smart metering and substation automation applications are being deployed to shave demand peaks, improve efficiency and provide reliable, quality power. The full range of applications required to optimize smart grid networks to meet future requirements continues to evolve. However, it is clear that communications and information management will be a key part of the overall solution. Therefore, the communications foundation utilities implement today must support current applications and those of the foreseeable future.

Emerging communications and information management applications tend to be Internet protocol (IP) or packet-based. Therefore, smart grid communications networks must be able to support a growing volume of IP traffic, as well as legacy time division multiplexing (TDM) traffic that is expected to remain on the network for many years. These converged communications networks must also support the bandwidth, latency, security and availability requirements of operational and corporate applications. Teleprotection is one such application and, from a latency perspective, one of the most demanding (see Figure 1, above).

Teleprotection systems detect faults in high-voltage power lines by using distance relays. Distance relays monitor and compare conditions at each end of a high voltage circuit to determine if there is a fault on the protected line section. When a fault is detected, teleprotection relay tripping signals will activate the protection equipment to isolate the affected part in the adjacent substation to prevent damage to expensive substation equipment and instability in the power system. To ensure the power system is protected, relay signals need to be transferred between distance relays with minimal delay. This end-to-end delay includes the latency of the telecom network as well as the detection and activation time of the protection circuits.

The latency requirement is often described by engineers with two different perspectives. T&D engineers typically focus on the fault clearing time—the maximum delay for a fault to be isolated. This requirement often depends on the voltage class and can be stated as an absolute value or in terms of a number of cycles. Starting with the maximum fault clearing time target latency, T&D engineers will subtract the fault detection time of the local relay, the processing time of the local and distant relays, the time for fault resolution at the distant equipment to identify the residual amount of latency that is the maximum for the telecom path.

Telecom engineers tend to focus on the latency for the telecom path (see Figure 2, below). 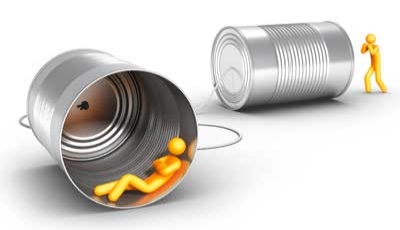 AltaLink is converging its asynchronous transfer mode (ATM) and TDM operational and corporate applications traffic onto a single Internet protocol/multiprotocol label switching (IP/MPLS) infrastructure. This traffic is being migrated to the new infrastructure from three organization-specific networks along with new applications traffic. By converging traffic onto a single network, AltaLink expects to reduce operating costs while improving performance, visibility and service flexibility.

The AltaLink pilot deployments included a mix of hardware from relay equipment vendors, as well as communications interfaces, interface speeds and IP/MPLS networks with one and three microwave hops. For each pilot, a test set was connected to each relay and synchronized using the global positioning system (GPS). The test set injected a fault into the relay and the total time to detect, process and communicate across the entire network was observed. The target interval was less than two cycles, or 33.333 milliseconds (ms). (See Figure 3, above.)

The pilot test that included an IP/MPLS network with three microwave hops delivered results of 30.9 ms and 25.45 ms when interface speeds of 19,200 baud and 38,400 baud were used between the relay equipment and IP/MPLS routers.

Where fiber exists between substations, teleprotection is expected to remain on its own separate fiber path, while new and other legacy operational traffic is converged on an IP/MPLS network that uses a separate set of fibers. Where separate fiber is not available, all operational traffic, including teleprotection, will be supported over the converged IP/MPLS network. The convergence of applications and/or organization-specific networks with dedicated equipment and operations into a single IP/MPLS network helps enhance efficiency and flexibility as the mix of traffic evolves from TDM to IP.

The results of the AltaLink tests are significant because they represent an important industry milestone. They offer production network validation that IP/MPLS networks can be deployed today to satisfy the latency requirements of the most demanding operational applications—including teleprotection. For utilities that lack fiber facilities between adjacent substations, or want to consolidate all traffic onto a single infrastructure, this provides a new option for support of teleprotection along with other operational traffic on an IP/MPLS network that includes several microwave hops.

As a result of the AltaLink deployments, several utilities are testing teleprotection support on an IP/MPLS infrastructure, while others have already begun the transition.

Dave Christophe is a marketing director with the Strategic Industries Group at Alcatel-Lucent. Write to him at david.christophe@alcatel-lucent.com.