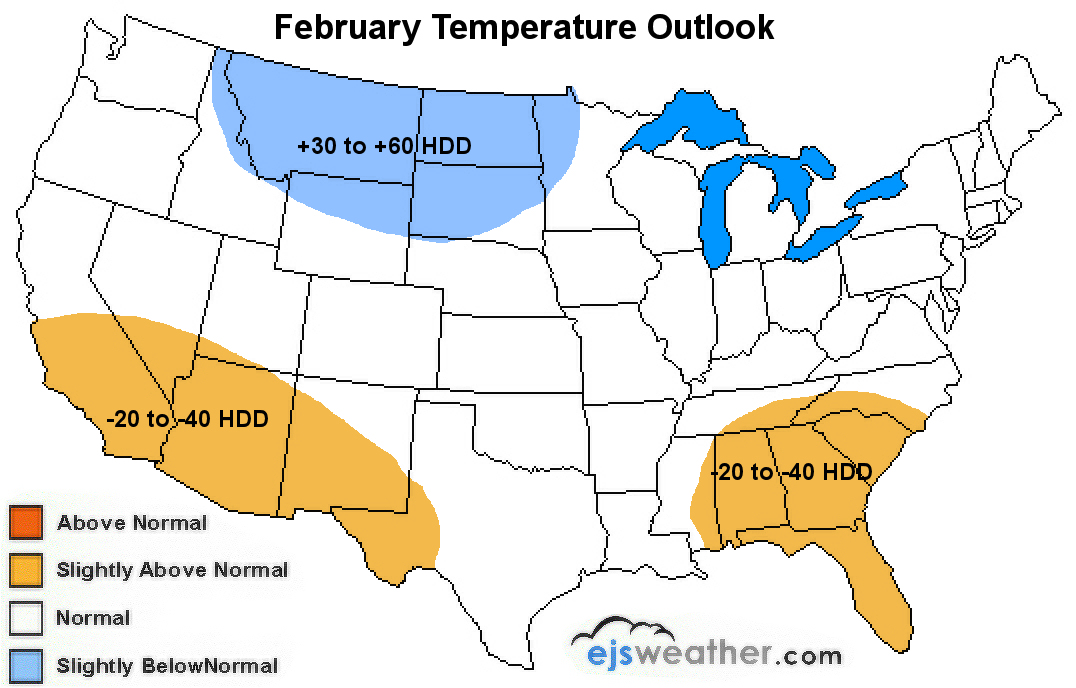 So far this winter temperatures have not been as cold as advertised across the Midwest, Great Lakes, Northeast, and Mid-Atlantic. This trend may continue as we head into February. While shots of arctic air remain possible, a possibly persistent positive NAO (North Atlantic Oscillation) along with a lingering weak  El Nino in the Equatorial Pacific will likely help to continue to provide these regions with milder conditions.

On a whole, near average temperatures are forecast across these regions of the country. Slightly below normal temperatures are projected across parts of the northern Rockies and northern Plains with a surplus of monthly heating degree days of between 30 and 60 expected. In contrast, portions of the Desert Southwest, southern California, southern Rockies, and the southeast will likely see temperatures that average slightly warmer than normal during the month of February.

A monthly deficit of heating degree days of between 20 and 40 is predicted throughout the regions. Energy costs with respect to heating will also be lower in these areas of the country. As for the ENSO phase in the Equatorial Pacific, long-range climate models continue to suggest that it will remain neutral to perhaps a weak El Nino through the upcoming spring season.