Off the coast of St. Lucie County, Fla., divers and anglers can enjoy two new artificial reefs that were created through a donation of 130 concrete poles provided by Florida Power & Light Co (FPL). These new reefs, located east of Fort Pierce, are in addition to an artificial reef created in 2005 using FPL-donated material.

In October, FPL removed and replaced 130 concrete poles in Port St. Lucie with about 60 poles that are more storm-resilient. This project and a new substation are part of FPL’s larger plans to enhance service reliability and reduce service interruptions in St. Lucie County.

“We are constantly making improvements to our infrastructure to ensure we maintain the highest level of service reliability to our customers,” said Jackie Kingston, FPL environmental project manager. “While we are making these improvements, FPL ensures that we are also being good environmental stewards. This project allows us to benefit our customers and their energy needs and provide the greater community with two new artificial reefs at the same time.”

The donated poles weigh a total of about 2,000 tons or the equivalent of 1,250 midsize cars. They were transported to Harbour Pointe Park in Fort Pierce before they were submerged off the coast during four deployments in December and January to create the reefs. The coordinates for the two reefs, which are in about 60 feet of water and have already attracted fish, are:

FPL’s donation is the most recent example of what has been a long-standing corporate value of environmental stewardship. For example, FPL’s decades-old program that monitors and protects the American crocodile at Turkey Point Nuclear Power Plant has helped remove it from the federal endangered species list. In addition, some three-quarters of the St. Lucie power plant property consists of mangrove swamps, marsh and beaches, which allow the company to support environmental activities including a sea turtle-monitoring and protection program.

“The initial artificial reef created by FPL has become very popular for fishing and diving, featuring more than 30 species of fish and various sea life growing on the concrete poles,” Oppenborn said. “These reefs have also generated economic opportunities for area businesses, providing services to visitors enjoying the reefs.”

NYSSGC Chairman Robert B. Catell attended the governor’s State of the State speech in Albany.

“We applaud Governor Cuomo’s bold energy initiatives as outlined in his State of the State, in particular his vision for a new energy czar, his ambitious plans for a nation-leading electric vehicle (EV) infrastructure and his call to strengthen New York’s energy infrastructure,” Catell said. “The leadership of the governor and his new energy czar, Richard Kauffman, will be essential in developing a coherent pathway to efficiently and effectively build a 21st-century smart electric grid from which all New Yorkers can reap the benefits.”

As New York continues to recover from Sandy, the state is poised to implement a smart grid energy infrastructure that will include a more efficient transmission and distribution system and the integration of renewable energy sources. A smart grid also will support innovative deployment of an EV transportation infrastructure and additional mechanisms for greater certainty for the solar market. Along with increased reliability through the incorporation of these innovative technologies, a modernized electric grid will bring tangible benefits to consumers through controls and options on how they use energy, as well as reduce energy costs long term.

“As shown by the devastating consequences of Hurricane Sandy, we need a grid that is more resilient with improved ability to quickly diagnose problems and deploy automatic systems that can make real-time adjustments by rerouting distribution networks and better coordinating generating assets,” Catell said. “Modernizing our electrical grid is a complicated challenge involving different stakeholders, ranging from electric utilities and regulators to emerging technology companies and individual ratepayers. As a consortium of several key stakeholders, we are prepared to support the governor’s vision as the benefits of smart grid investment will not only help us be better prepared for future storms but will also reduce energy costs and give more control to the consumer.”

Rolta International Inc. announced it has been awarded a contract worth more than $31 million to be executed in the next two years to provide consulting, systems integration and software services to the largest three-service municipal utility in the United States, Memphis Light, Gas and Water (MLGW).

This award includes the customization, implementation and deployment of Oracle’s E-Business Suite R12, Telvent’s ArcFM software and PowerPlan’s suite of asset-centric accounting solutions. The project includes the full range of Oracle E-Business Suite applications, including Financials, eAM, GIS, Human Resources, Hyperion and Business Intelligence. When the integrated Oracle R12-based solution is fully deployed in 2014, it will be one of the first R12 and Oracle eAM deployments in the U.S. for a three-service utility.

Rolta, recognized for its expertise in Oracle technologies through eight Titan Awards, will leverage its Oracle E-Business and Financials experience and its domain expertise in the utilities sector garnered through numerous projects worldwide. Rolta is a consortium including Signum Group, Teaming Solutions and Stragistics and will exploit the collective experience of the team to provide a superior solution to MLGW. MLGW will replace its 22-year-old legacy management support system with a comprehensive solution that comprises a fully integrated enterprise resource planning system that encompasses financial management, work management, materials and asset management, and numerous re-engineered business processes to meet its current business needs. The system will allow MLGW to better serve its customers and upgrade its information technology, said Jerry Collins Jr., MLGW president and CEO.

Nowhere is the opportunity greater and the need more pressing to address storage challenges than Asia, according to a 47-page special report developed by Zpryme’s Smart Grid Insights Research Team and Smart Grid Advisory Board, “Energy Storage: Asian Systems & Apps.”

The following information is extracted from the report’s executive summary.

Limited energy infrastructure, large population and rapid industrialization create a demand curve Asian utilities cannot satisfy without innovation. Without energy storage, utilities will need decades to expand their infrastructures to keep pace, which is not a viable option. As Asian telecom operators learned, it is better to leapfrog the past by adopting new technologies. This same thinking has made Asia the world leader in areas that benefit from energy storage such as biomass, thermal power, microgrids, fuel cells and electrochemical battery technologies.

The report is the first of its kind to evaluate the energy storage opportunity for the region and its key markets, namely China, Japan, South Korea and India. To help utilities make better investment decisions, the report examines the systems and applications that constitute energy storage solutions and profiles leading global technology vendors that serve this market.

In 2012, Asia’s grid-scale energy storage market is projected to have reached $3.6 billion. By 2020, the Asian market will reach $36.4 billion, growing at an annual rate of 34 percent. In 2012, Asia is projected to have accounted for 49 percent of the global market. By 2020, Asia will account for 54 percent of the global market. 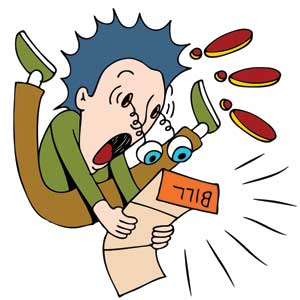 With European domestic gas prices expected to climb another 10 percent in 2013, a senior energy consultant from research and consulting firm GlobalData has issued advice to energy consumers across the continent: Spend on solar photovoltaic (PV) now or lose money in the long term.

Gas prices are continuing to cause concern across Europe, with gas markets still unable to break the indexation to oil long term because of oil-indexed import contracts from Russia, Norway and North Africa. Even in the U.K., where gas-on-gas pricing is in operation, this oil correlation remains.

“Renewable subsidies represent a cost and an opportunity for domestic energy consumers. Those that can fund the installation of solar PV or borrow the money to do so should invest. Those that can’t will have to pay.”

Lane said the U.K. and Italy are particularly susceptible to price increases.

“In the U.K., the government has introduced a new policy looking to simplify tariffs amongst the major utilities and a program to ensure that consumers are always on the best tariff,” he said. “Exactly how the latter will work is open to question and will probably prove impossible.

GlobalData forecasts electricity prices to climb in Italy as a steadily growing oil price feeds through to Italy’s oil-indexed gas price and its electricity price via gas-fired generation. Lane said a large-scale shift in focus to solar power generation would release the country from the stranglehold of gas and benefit the entire country.

“Now is the time to invest in Italian solar, and utilities should be engaging with customers to fit and manage the panels alongside supply contracts,” he said. “Indeed, it is possible that solar PV starts to lower electricity prices in Italy post-2014.”

Lane expects governments across Europe to come under greater pressure to improve the safety nets available for the fuel-poor as more households slip into this category because of increasingly unaffordable prices.

“Policymakers may have to be radical as energy prices grow as a political issue,” Lane said. “Utilities will also be in the firing line as consumers smell profiteering at their expense. They will need to consider how to make money out of energy efficiency rather than selling kilowatt-hours and will need to do this more quickly than they might have anticipated.

“A move to energy services, where utilities make money saving energy rather than selling energy, is the key transition that utilities need to make this year.”

UPnP Forum: Standardization is Critical to Achieving the Connected Home 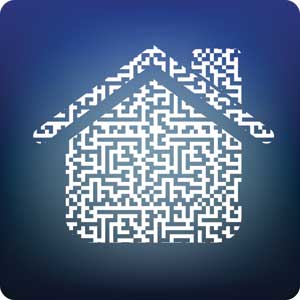 Internet Protocol-based standards will lead the way in implementing next-generation smart grid and smart energy networks for the Connected Home, according to the UPnP Forum on the opening day of International CES 2013.

UPnP Forum is the global standards body that has paved the way for seamless connectivity among more than a billion devices, and for more than a dozen years, UPnP technology has offered unique capabilities for consumer electronics and computing devices. UPnP technologies already provide the foundation in homes to complement various energy management gateways and device control scenarios that incorporate well-vetted mechanisms for security, discovery and service advertisement. For utilities, the current widespread deployment of UPnP-based products means a well-established developer and support ecosystem for delivering cost-effective energy management solutions.

“Standards provide a common communications architecture from a utility or energy service provider into home networks and between all of the intelligent devices,” said Scott Lofgren, UPnP Forum vice president and treasurer. “UPnP-certified devices on existing home networks provide a perfect platform for delivering smart grid communications and can easily bridge networks, allowing utilities and providers to communicate via a private IP backbone with their customers.

“It’s all about the customers, many of whom are not willing to buy all new devices just to support integration with smart grid and smart energy platforms, nor are they willing to live with technology islands that cannot communicate with each other. Today’s connected world demands reliable and secure solutions that are easy to use and control with multivendor flexibility while providing a balance between comfort, convenience, and cost.”

He said events such as International CES bring the industry together to address evolving communication services and grasp the opportunities presented.

UPnP Forum continues to pave the way for UPnP devices and services within the smart grid through its Home Energy Management and Smart Grid (HEMS) Working Committee, which is focused on enhancing and modifying device control protocols to support secure smart grid applications. Earlier this year, the forum published a whitepaper, “UPnP Technologies for the Smart Grid-Enabled Home,” that details how its Internet Protocol-based standards play a vital role in implementing next-generation smart grid and smart energy networks. The whitepaper is available at http://upnp.org.