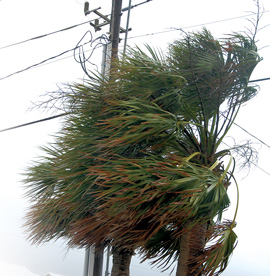 For many people in the urban Northeast, Hurricane Sandy brought the unimaginable. More than 8 million people were without electricity from days to weeks.

Right after the storm, 85 percent of Long Island, N.Y., was dark. The future of grid reliability during extreme weather doesn’t have to be so dark.

There are strategic alternatives to massive power outages from extreme weather events.

Initial research from the Consortium for Electricity Reliability Technology Solutions (CERTS), founded in 1998 by a group of universities, government research laboratories and corporate partners, was sponsored by the U.S. government to improve the quality and reliability of the nation’s electricity grid.

The impetus for the program was that although the grid had undergone continuous technological development for a century, it continued to experience intermittent but catastrophic blackouts.

What’s more, customers have no guarantee the same won’t continue to happen with the same results.

One of the priorities of the CERTS program was to improve grid reliability qualitatively by integrating distributed energy resources (DER).

Early in the program researchers realized that if DER and load management systems were integrated at the facility level, then grid vulnerabilities could be reduced greatly or eliminated entirely.

Small-scale electrical systems that later came to be called microgrids could resolve many seemingly intractable technical problems identified by the utility companies.

These new microgrid designs also could make the integrated DER systems good citizens from the perspective of the grid operators.

Technical Challenges of All Microgrids

Every microgrid faces a set of technical challenges similar to those the main grid encounters, including:

CERTS microgrid technologies have been in research and development for a decade and are entering commercialization.

The CERTS model of microgrids is based upon the pioneering research work of professor Robert Lasseter of the University of Wisconsin-Madison.

Lasseter’s solutions allow “plug-and-play” and “peer-to-peer” implementations of DER into an integrated on-site energy system without the need for a dedicated command and control system.

Each DER unit is a microgrid-forming component and does not require mode switching to operate on the microgrid electrical circuit. The key technical features of the CERTS microgrid include:

CERTS microgrid systems are scalable from a small facility to large multifacility campuses.

At an exponential rate, CERTS microgrids will become the building block of the global smart grid industry because of their strategic technological advantages and dramatic impact on reducing the levelized cost of energy (LCOE).

For several years, combined heat and power (CHP) product manufacturer Tecogen has incorporated CERTS algorithms into the control software in hundreds of its CHP units.

Each installation operates as a microgrid with the inclusion of a static switch.

The future might be a hybrid energy system whereby the business-as-usual grid goes on as before–with improvements–and within it are pockets of hardened, resilient microgrid-powered facilities.

How utilities resist or embrace this new movement remains a question, but the movement already is underway.

During and after Hurricane Sandy, distributed energy systems across the Northeast demonstrated their reliability and resilience to the ravages of the storm.

Leaders who implemented systems before the storm were rewarded with power and heat as all about them plunged into darkness and cold.

Exemplars of this new microgrid and cogeneration world include:

Will Utilities Change Their Business Models?

Some utilities might fight as tenaciously as military officials did in denying the importance of a new world-changing energy technology on their business models.

Whether the majority of utilities will embrace microgrid technology remains a question.

They might have no choice because of political mandates, such as Connecticut’s microgrid program.

The cost of solar technology has dropped 75 percent during the past few years.

Other DER technologies will follow as the microgrid market grows. The economic efficiency (i.e., lower price) of microgrids in generating and managing loads locally will be the most formidable challenge utilities face.

Price declines for microgrid-generated electricity are the real tipping point.

As a result of Hurricane Sandy and other extreme weather events, U.S. government leaders have been warned to transition rapidly and orderly to a new energy world or continue to suffer the consequences.

In many high-priced U.S. markets, this transition might take only three years and in cheaper markets five years.

This microgrid-enabled energy market transition is imminent for government and business. “To be or not to be” will be a fundamental issue of corporate governance.

Should a company bring microgrid power generation and management in-house at potentially higher short-term costs and management responsibilities and long-term savings and benefits or continue to ride along with the business-as-usual utility whatever the risks?

U.S. government and business leaders must take microgrids seriously now and act because microgrid technology is not the exclusive domain of the U.S.

Countries all over the world face the same grid resiliency and energy cost issues.

Many of those countries understand that U.S. grid design is obsolete, especially in many developing countries.

Their leaders want to embrace the most efficient technology that brings the greatest benefits at the lowest cost, and they will embrace microgrids rapidly.

How to Accelerate the Transition in U.S.

Several steps can be taken to build resilience into our power system before the next Sandy, including:

The studying is done. The microgrid demonstrations have been completed.

It is time for leaders to take charge and initiate the transition to a world of resilient power systems based on microgrids.

Maybe when the next superstorm hits, it won’t be dàƒ©ja vu.

Michael Roach is the CEO of MicroGrid Horizons, a startup devoted to designing, developing and financing microgrids for critical infrastructure facilities. The company’s website, http://micro gridhorizons.com, has the largest collection of public documents on civilian and military energy policy, microgrid installation studies and ongoing technical research on microgrid technology. Reach him at michael@microgridhorizons.com.