Donald Trump’s plan to appoint two southeast U.S. conservative icons for key energy and environmental posts may dim the lights of clean energy advocates who hoped he would see things their way.

But should they despair? Many critics took to the airwaves and Twitter to decry Trump’s announced nominations of former Texas Gov. Rick Perry and Oklahoma Attorney General Scott Pruitt to head the U.S. Energy Department and the Environmental Protection Agency, respectively. Surely these were signs of the coming climate apocalypse: Perry is a man who only five years ago talked of getting rid of the energy department, while Pruitt has sued the EPA numerous times, including the recent legal fight over the Clean Power Plan (CPP).

Pruitt may have been the biggest stunner among Trump’s controversial cabinet announcements. He has sued the EPA over just about every major edict affecting power plants, including regional haze, cross-state pollutions rules and finally, the CPP, which calls for a 32 percent reduction in carbon dioxide emissions from power plants by 2032.

Saturday Night Live even used its cold opening December 10 to make a funny, if biting, point about Pruitt’s nomination (and that of school choice advocate Betsy DeVos to head the Department of Education). Actor Bryan Cranston revived his Breaking Bad meth dealer Walter White as the Trump appointee to head the Drug Enforcement Administration.

Other opponents responded by going the metaphorical route, comparing the anti-EPA Pruitt running that agency to “Gandhi taking over the Defense Department” or putting the “fossil industry fox in charge of the climate-change henhouse.”

But some have encouraged those freaked out to calm down, that there’s only so much either Pruitt or Perry could do to damage their massive agencies. Plus, some might even be surprised at how well clean energy and smart grid advancement may survive during those terms.

“There are statutory limits to what any agency head could do,” said Austin Whitman, director of regulatory affairs for FirstFuel, a firm focused on cloud-based digital engagement for energy companies.

“He can’t single-handedly repeal those laws or single-handedly dissolve the EPA,” Whitman, who admitted that he is more of a regulatory expert than a legal scholar, said. “There are certain things he can do with regard to funding, focus and legal challenges.”

Whitman also urged caution on the reaction to Perry’s appointment. Yes, Perry called for the shutdown of the Department of Energy (when he could remember to name those agencies he would eliminate as a prospective president). But, no, he could not or did not derail much of the clean energy growth in Texas and likely won’t do so from Washington D.C.

“Perry has a reputation for standing up for his constituents. So while we can expect him to shape the DOE research agenda in support of traditional oil and gas based on his Texas background, Texas is also home to more than one-fifth of the onshore wind capacity in the U.S., which benefits ranchers and property owners as well as electricity users-so he won’t be able to ignore this group,” Whitman said.

Arizona Public Service (APS) has signed on to 4-MW energy storage agreement with AES Energy Storage that will provide enough storage capacity to power 1,000 homes. The pair of 2-MW AES Advancion energy storage arrays will be deployed as part of the APS Solar Partner Program (SPP) and represent AES’ first installation in Arizona.

The Solar Partner Program studies the use of smart inverters and energy storage to examine how best to integrate solar onto the grid in areas with a high penetration of solar while still maintaining reliability for customers. Through SPP, more than 1,500 customers had photovoltaic rooftop solar panels, totaling 10 MW, installed on their homes at no charge, and receive a $30 monthly bill credit for the next 20 years for their participation. The information APS gains from this study will help craft what the future of renewable energy integration looks like for utilities across the country.

“The best renewable energy is the type a customer never thinks about. A light goes on, a load of towels gets washed and life goes on as reliably as ever before, all powered by the sun,” said Scott Bordenkircher, APS’s director of technology innovation. “This is the future APS looks toward as it studies energy storage.”

The two Advancion battery arrays will be installed in Surprise and Buckeye, which have a total of 120 SPP customers and a high penetration of solar. The batteries will deliver energy to customers at the time of day when electricity is in the greatest demand and is most expensive.

APS anticipates Arizona’s energy needs will be approximately 25 percent higher by 2025. The company plans to meet 50 percent of that growth with renewable energy and energy efficiency.

AES’ Advancion has more than 3 million megawatt-hours of delivered service across a fleet of deployed energy storage projects spanning three continents. In 2015, AES opened up the Advancion platform to third-party ownership, and this project with APS will be among the first utility-owned Advancion battery storage arrays.

The pair of 2-MW Advancion energy storage arrays began installation in November 2016 and are expected to become operational in early 2017.

A ROD is the final step for agencies in the environmental impact statement process. A notice of availability of the ROD for the TWE project will be published in the Federal Register.

The BLM ROD approves issuing a right-of-way grant for the TWE project on BLM-managed land, which represents about 60 percent of the 730-mile route.

“The Western U.S. needs new interregional transmission infrastructure like the TWE project, which will allow California and other Desert Southwest utilities to directly access high-capacity Wyoming wind to balance and diversify their generation portfolios in a cost-effective manner,” said Bill Miller, president and CEO of TransWest, an independent transmission developer.

The TWE will extend from south-central Wyoming, to the site of a potential interconnection near Delta, Utah, and then to the Marketplace Hub near Hoover Dam in southern Nevada, which provides interconnections to the California, Nevada and Arizona grids.

PJM Interconnection’s board has approved changes of nearly $260 million to the Regional Transmission Expansion Plan (RTEP) to incorporate baseline and network upgrade changes.

The approved facility upgrades were presented to the Transmission Expansion Advisory Committee in November, PJM said, adding that all of the approved projects will be incorporated into the RTEP.

PJM said that the board authorized $259.34 million for:

“- Changes to previously approved RTEP baseline upgrades for a net increase of $47.26 million

“- Addition of facilities, network upgrades and withdrawal of cancelled facilities related to the interconnection queue for a net increase of $53.97 million

Among the projects approved were the:

“- Reconductoring of the entire Dequine-Meadow Lake 345-kV circuit No. 2 in the AEP Transmission Zone, at an estimated cost of $6.6 million; the required in-service date is June 1, 2021

“- Reconductoring of the entire Dequine-Eugene 345-kV circuit No. 1 in the AEP Transmission Zone, at an estimated cost of about $22.2 million; the required in-service date is June 1, 2021

“- Adding a second 345/138-kV transformer at the Chamberlin substation in the ATSI Transmission Zone, at an estimated cost of $3.8 million; the required in-service date is June 1, 2021

With the newest changes, PJM said that it has authorized more than $29 billion in transmission additions and upgrades since the first RTEP began in 2000.

The board approved the IRM and associated parameters for each of the next four delivery years based on results from PJM’s annual IRM Study, PJM said. It noted that those parameters are key inputs to the reliability pricing model auctions; the IRM study also satisfies the requirements of the resource adequacy standard for the ReliabilityFirst Corp. 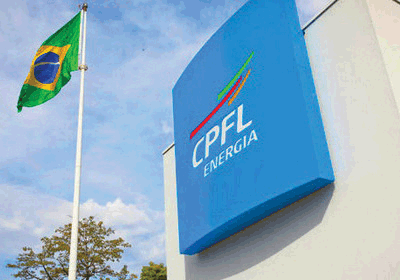 CEPRI’s expertise in the analysis of electrical systems, combined with ADI’s smart energy capabilities, will offer engineering solutions that solve complex grid challenges and enable the transition to the digital grid, according to the release.

ADI offers applications including high reliability signal processing and sensing technologies for the protection, monitoring and control of electric power systems. CEPRI is a multi-disciplinary and comprehensive research institute within the State Grid Corporation of China, the largest electric utility company in the world and a leader in the adoption of smart grid technologies.

“Analog Devices is a world leader in the development of high-performance, high-reliability signal processing, measurement and sensing technologies. CEPRI has rich experience in the area of system application, testing and inspection, and power grid operation analysis,” said Jianbo Guo, president of CEPRI. “Both parties can carry out innovative and complementary cooperation. By combining the strengths of electric power systems and electronic systems, this cooperation will advance the reliability of smart substations.”

Brazilian private power utility CPFL Energia is investing in deployment of a new microwave radio transmission network that will interconnect its Sàƒ£o Paulo operational sites including substations and data centers in that city.

The new network will replace an existing analogue super high frequency (SHF) network that reached its end of life, offering a high capacity communication ring interconnecting over 27 sites including electric power substations, operational centers and a CPFL data center, the company reporting. For this project CPFL awarded Siae Microelettronica together with its partner CMA to deliver a full turnkey solution including network design, deployment and training. The network will be fully managed and based upon the latest digital microwave radio platform, offering integrated ring protection.

“The integrated ring protection mechanism, and multiple radio management from a single compact network element, offers CPFL the opportunity to minimize the equipment on site, minimizing the cost effort for the renewal of their backbone” says Raphael Macedo, sales leader for vertical markets in Brazil.

“CPFL is already a user of Siae Microelettronica radio systems and relies on the high quality of its products” said Jefferson Alberto Scudeler, automation and smart grid manager in CPFL, adding “This network enables us in offering a better service and modern management of our Sàƒ£o Paulo infrastructure.”

CPFL holds 12.4 percent of the Brazilian electricity market share with 7.8 million customers in the states of Sàƒ£o Paulo, Rio Grande do Sul, Paranàƒ¡ and Minas Gerais. It is the nation’s third largest electric utility after Eletrobras and CEMIG. Sales by the CPFL’s eight distribution units totaled nearly 58,000 GWh last year.