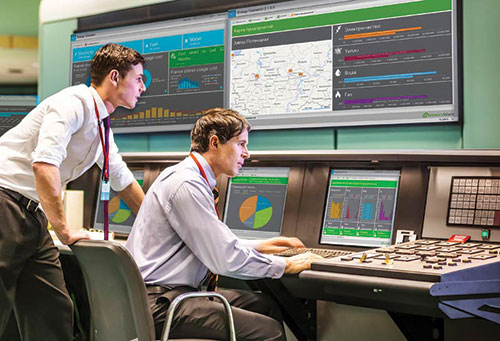 On February 9 at DistribuTECH, Schneider Electric announced that is building a 400-kW solar plus storage microgrid at its Boston One campus in Massachusetts.  The system will be able to store up to 1-MWh of electricity and will be able to “island” so as to potentially provide emergency shelter in the event of a long duration outage.

While it will supply its own components to help control the system, Schneider will not deploy any upfront capital for it, instead the company said it signed a 20-year PPA with Duke Energy and REC Solar who will own and operate the microgrid.

The system will include a 400-kW photovoltaic system built and operated by REC Solar. A portion of the PV will be on carports at the campus. Schneider Electric’s microgrid controller and StruxureWare demand side operation will optimize the photovoltaic energy, storage and the facility’s existing natural gas generation set during grid-connected and islanded operation. It will also store up to 1 megawatt-hour of electricity using EcoBlade, the company’s energy storage system powered by lithium-ion batteries.

“Being in the space, it made sense for us to figure out how to create our own microgrid,” said Andy Bennett, Senior VP of the US energy business for Schneider during an executive breakfast.

The system is expected to go online in the fall of 2016 and when fully operational, it should supply up to 560,000 kilowatt-hours of electricity per year.

Located in Andover, Mass., the Boston One campus is made up of two LEED-certified buildings that encompass 240,000 square feet and is the workplace for 750 employees.

How Long Can a Facility Run on PV + Storage?

Duke Energy is also running a pilot renewable microgrid in Charlotte, North Carolina. The McAlpine microgrid includes 50 kWs of solar PV and a 500-kWh battery and powers a fire station in the community. “We needed to understand how we could take the solar and storage and use them together to provide 100 percent backup power,” explained Tom Fenimore, technology development manager in emerging technology at Duke Energy.

In the spring Duke plans to run the microgrid in full islanded mode to see how long it will be able to power the fire station with the just the solar and batteries.