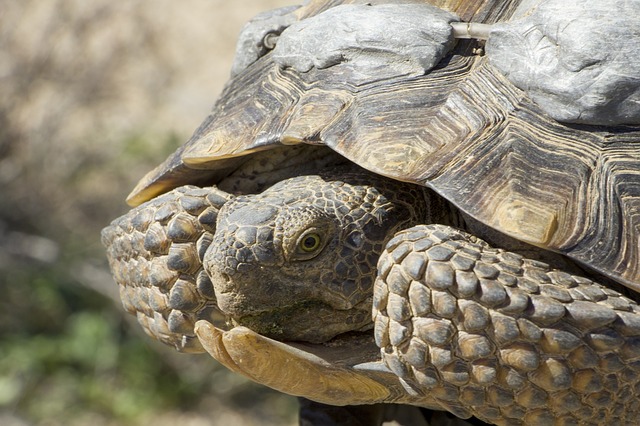 LAS VEGAS (AP) — One option for minimizing the environmental effects of a proposed solar farm in the Nevada desert would be to mow the vegetation where the panels would be installed rather than ripping it up, under a proposal being considered by federal land managers.

The Bureau of Land Management on Friday released its final environmental impact statement for the Yellow Pine Solar Project west of Las Vegas. It includes alternatives for how to handle the proposed development given concerns about the threatened Mojave desert tortoise and other effects on soil, vegetation and cultural resources.

The environmental review notes that according to conservative estimates, disturbed soils in the Mojave Desert can take a century to recover. It also points to case studies of best management practices at utility-scale solar facilities that have found that mowing helps to maintain the native seed and root structures in the soil, minimizing wind and water erosion risks.

Officials will issue a final decision following a 30-day review.

On about 3,000 acres of federal land, the project would have about 500 megawatts of generating capacity. Battery storage and a transmission line also would be constructed.

Officials said the project would help meet the requirements established by Nevada and neighboring California for renewable energy resources. In Nevada, no less than 34% of the total amount of electricity sold by NV Energy to its customers must be from renewable sources by 2025.