More
Home T&D Communication Technology ABB Q&A: From switchgear to HVDC and beyond 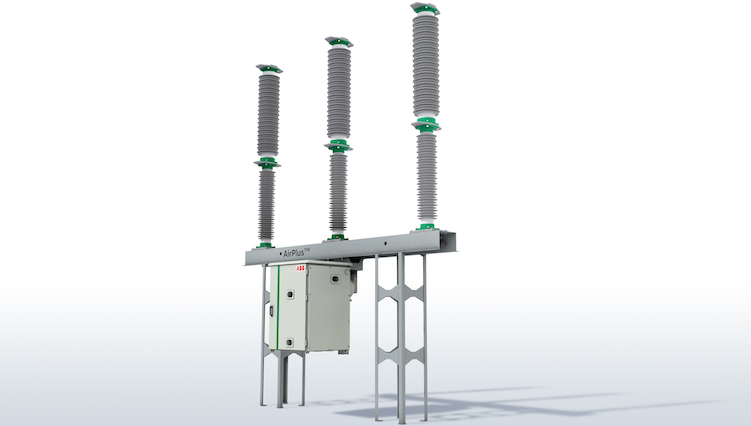 Gas insulating switchgear, high voltage direct current transmission, microgrids and renewable energy. ABB is involved in all of it.

The Swiss company with a historic tradition of energy industry innovations also has gone through plenty of change lately. ABB is selling its power grids division to Hitachi, but is hardly slowing down on its offering of new products.

ABB recently unveiled its first energy storage project and opened a new product development center in Connecticut. Cloud computing and robotics are additional endeavors for the ever evolving firm.

Here are the answers from ABB leaders. ABB will be involved as presenters at both POWERGEN International, happening Nov. 19-21 in New Orleans, and DISTRIBUTECH International happening this February in San Antonio.

Late last year, ABB won a contract to upgrade a high-voltage substation for Germany’s TransnetBW, replacing gas-insulated switchgear using an alternative to the industry standard SF6″.Tell us why this is an important milestone?
“ABB pioneered gas-insulated switchgear (GIS) technology five decades ago with the installation of the first high-voltage GIS with sulfur hexafluoride (SFà¢â€šâ€ ) gas underground in the heart of Zurich, Switzerland. SFà¢â€šâ€  gas has been used extensively in the electrical industry for decades due to its excellent insulating and arc-extinguishing properties. However, it is a greenhouse gas with high global warming potential and ABB has been working on eco-friendly alternatives.

“In 2014, ABB announced a significant breakthrough with the development of a solution that deploys a new insulation gas mixture as a substitute for SFà¢â€šâ€ . This alternate gas mixture has similar insulation properties as SFà¢â€šâ€  gas now used in switchgear, but can substantially lower environmental impact due to its extremely low global warming potential. In 2015, ABB successfully commissioned the world’s first 170 kV GIS substation using alternative gas mixture, AirPlus for Swiss leading utility, ewz in Zurich, Switzerland. The technology reduces almost 100 percent of the global warming potential (GWP), compared with SF6.

“The Obermooweiler GIS substation for Germany’s TransnetBW is a further important milestone in the development of eco-friendly technology, which will be the first of its kind at 420 kV. It is based on the proven AirPlus technology which we have we gained extensive field experience since our pilot installation in 2015 in Zurich. This solution will help TransnetBW in lowering their carbon footprint without compromising reliability and performance. It will also be Germany’s first GIS substation that uses an environmentally friendly alternative gas mixture to the industry standard SFà¢â€šâ€ , which helps to support the country’s targeted reduction of up to 95 percent by 2050.”

“Indeed SFà¢â€šâ€  gas has excellent electrical insulation and current interruption properties and therefore has been extensively used in the electrical industry for decades. Leakage rates of modern switchgears are extremely low, thus one efficient way is to replace aging switchgear with modern ones. Despite this, SFà¢â€šâ€  has drawback – it is a greenhouse has with extremely high GWP and its lifecycle management requires careful handling and can entail substantial costs, particularly when decommissioning aging substations. Therefore, ABB is supporting national and international regulators to limit the impact of SF6 emissions, by continuously reducing the SF6 usage in our products and decreasing SF6 emissions using in controlled and quantifiable measures. And of course through development of portfolio with alternative gasses such as our AirPlus platform.”

“Yes, we are committed to gradually offer new products with alternative gases to SFà¢â€šâ€ . The first Live Tank Breaker (LTB) 72.5 kV with AirPlus was already introduced in 2014 and is successfully operating in over 80 installations around the globe for example in Sweden and Denmark.

“In April this year at Hannover Fair, we launched the LTB 145 kV AirPlus which represents another breakthrough in our journey of eco-efficient innovation. This same technology is tried and proven which has already been operating flawlessly in a pilot substation in Sweden since 2010. It occupies the same footprint of a standard SFà¢â€šâ€  LTB making substation refurbishment and breaker replacements easy to execute. The technology is also available as a disconnecting circuit breaker (DCB), which means the disconnecting function is integrated with the breaker. This enables high equipment availability and reliability in a compact footprint.”

“As with any new technology, it must be thoroughly tested and proven according to the different standards (e. g. IEEE or IEC). Moreover, every product needs to go through a long-term testing and pilot installations before releasing it to the market.”

“The HVDC interconnection market is expected to continue to grow globally, alongside the growth of the renewables sector, as HVDC is the most efficient way to transmit renewable power over long distances to the end consumers. The offshore wind market is growing in most regions of the world, supporting the increasing generation mix change to renewables, including the NAM region.

“ABB pioneered commercial HVDC technology more than sixty years ago with the Gotland HVDC link in 1954 and introduced crucial innovations like HVDC Light in 1997 and ultra-high HVDC (UHVDC) transmission with 1100kV DC in China to ensure reliable and efficient power supplies.

“We believe there is great potential for rapid growth of HVDC transmission in North America. With the accelerated pace of retiring fossil fuel generation facilities – which historically were located near major load centers – and the rapid growth of utility-scale wind and solar capacity to replace such generation, the requirements on the existing transmission grid are about to change. HVDC technology has the right characteristics to meet the new demands.

– Gary Rackliffe, Vice President, Smart Grid solutions, ABB Power Grids North AmericaThe potential for offshore wind seems to be finally turning a corner in North America with new projects being announced. How does ABB see itself engaged in these developments?

“ABB has a long history as a critical partner for developers and utilities building large offshore AC/DC wind parks, specifically in Europe and also Asia. In the US, ABB has been a partner in the onshore wind market since its beginning helping to pioneer ANSI/IEEE product development as well as to support the transition of those companies that have brought their expertise from Europe and Asia to the US market. With such a large portfolio of technologies available in transmitting energy to the grid, ABB is able to offer many unique alternatives to improve functionality, increase reliability, reduce the footprint and simplify execution and operation. Our experience has also made us even a better partner for developing solutions specifically for the unique demands of these systems such as hybrid reactive power compensation systems that react quickly to balance the grid down to specialized switchgear designed to fit within the turbines and allow for the simplified architecture of the system needed to bring the power onshore. Beyond the technology, ABB is engaged with all the Regional ISO/RTO’s and every major utility that will receive this new energy into their system and understands their unique constraints and preferences. “