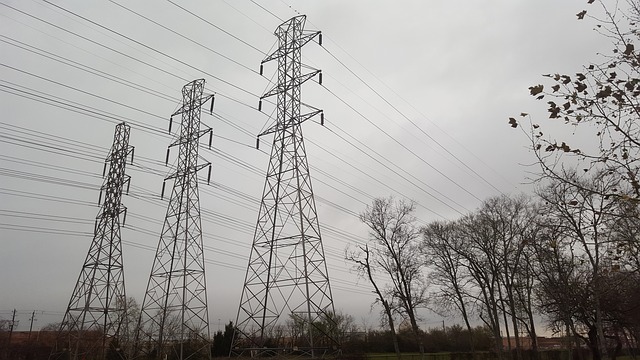 Things are looking up, ever so slightly, for upgrading America’s infrastructure, but the need is still great in both energy and beyond, according to a new American Society of Civil Engineers report.

The ASCE’s report card every four years grades the U.S. on the state of infrastructure from energy to bridges, inland waterways, water and aviation, among many sectors. For the first time in 20 years, the overall infrastructure grade point average is finally better up to a C-minus from the Ds given in 2017 and earlier.

“The elected officials and members of the public who have improved infrastructure policy and supported additional funding are applauded. We’re seeing the benefits of this action in drinking water, inland waterways, and airports.” The ASCE report card’s executive summary reads. “The private sector has invested in the electric grid, freight rail, and more. However, significant challenges lie ahead. Importantly, the COVID-19 pandemic’s impacts on infrastructure revenue streams threaten to derail the modest progress we’ve made over the past four years.”

When it comes to energy, the sector’s builders also received a less than stellar C-minus. Spending in the high-voltage transmission sector–lines which experts say are crucial to facilitating large-scale renewable energy projects­–grew by billions of dollars in recent years, while annual spending on the distribution system also rose about 54 percent in the past two decades.

“However, weather remains an increasing threat. Among 638 transmission outage events reported from 2014 to 2018, severe weather was cited as the predominant cause,” the ASCE headmasters write. “Additionally, distribution infrastructure struggles with reliability, with 92% of all outages occurring along these segments. In the coming years, additional transmission and distribution infrastructure, smart planning, and improved reliability are needed to accommodate the changing energy landscape, as delivery becomes distributed and renewables grow.”

The nation’s electricity system has outstanding investment needs in this decade. The ASCE statistic indicate that about $440 billion is allocated toward electricity system infrastructure addition or upgrades through 2029, but the total need is closer to $637 billion–representing nearly $200 billion in shortfall.

The ASCE anticipates a total of nearly $6 trillion in cumulative investment needs for all infrastructural systems by the end of the decade, according to the report.

The Future of Electricity will be a June session in the online POWERGEN+ series. Optimizing Plant Performance is the Plus theme for April. Click here to find out more and register free.