The company’s proposed plan would move tree trimming and other vegetation management to a four-year cycle. It would take six years to fully ramp up to the new schedule.

Appalachian and Wheeling maintain 21,596 distribution line miles in West Virginia, along with an additional 3,898 transmission line miles. Currently, a reliability-based system of maintenance is used, with priority placed on circuits most in need of trimming. 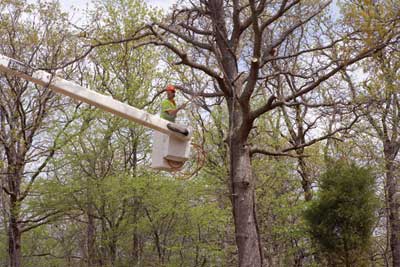 The filing stems from a commission order in January that requires all electric utilities in the state to propose such a plan and include a cost recovery method.

Residential customers who use 1,000 kWh a month will see their bills rise about $2.38 a month, an increase of 2.5 percent. The increase for other customer classes, like commercial or industrial customers, will range from 0.1 to 3.8 percent, depending on usage. Rates will not be put into effect until approved by the Commission. Customers in other states will not be affected.

Appalachian Power provides electricity to 1 million customers in Virginia, West Virginia and Tennessee (as AEP Appalachian Power) and Wheeling Power provides electricity to customers primarily in Marshall and Ohio counties in West Virginia. Both companies are units of American Electric Power, one of the largest electric utilities in the United States, with more than 5 million customers in 11 states. AEP owns nearly 38,000 MW of generating capacity in the U.S. AEP also owns the nation’s largest electricity transmission system, a nearly 39,000-mile network that includes more 765 kV extra-high voltage transmission lines than all other U.S. transmission systems combined.