Across its 68-plus construction yards, there were many ways in which supervisors interpreted the “212 list,” which is the contractual section of the union agreement related to emergency overtime. This, among other things, led to challenges regarding:

“- Consistency – There was no consistency in how calls were made across PG&E’s many yards. If requests could not be filled at the initial yard, then the order in which supervisors made calls (or chained requests) to other yards’ crew members varied constantly.

“- Efficiency – While PG&E could always reach its linemen and troublemen, the utility knew that an automated system would increase the speed with which it could contact workers, thus freeing supervisors to focus on restoration efforts.

“With our type and size of service territory, we needed a solution that was more than an Excel spreadsheet,” said Jason Regan, director of Emergency Management and Performance for PG&E. “We knew our supervisors could be using their time much more productively and an automated, mobile approach was the key.” 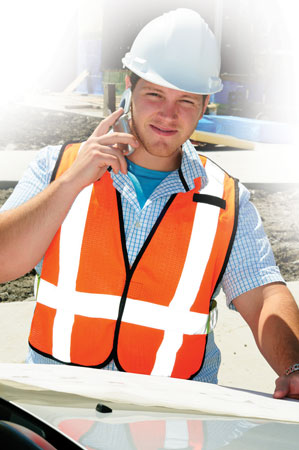 After successfully rolling out an automated callout and scheduling solution to an initial group, PG&E’s managers and union representatives activated callout technology across PG&E’s first-responder yards, substations, maintenance and construction group and the transmission line organization.

In addition to the callout and scheduling suite, PG&E field employees also wanted the new solution to work on smartphones. With many PG&E employees working in and around Silicon Valley, high-tech-minded managers and field personnel expected a mobile app. PG&E’s partners from IBEW Local 1245 and the Engineers and Scientists of California Local 20 were clear that they wanted alignment between themselves and PG&E’s leadership, so they could do a better job of being ready to help customers. This meant a streamlined system for mobilizing several thousand workers from one side of the state to the other in a short amount of time.

By implementing a mobile callout application, PG&E enabled its field employees to use their smartphones to receive callouts and notifications. The employees also can see their working status and position updated on a list, view contact information for coworkers, reset their system password and review their work schedule. Supervisors use the mobile app to, among other things, record and send emergency text messages, pinpoint who is accepting call outs and schedule workers for jobs.

As of June 2016, nearly 5,000 employees use the new mobile app, most are field employees. The system in general, and the mobile app in particular, have given employees the transparency to see their position in the callout order, as well as determine whether or not they are on the correct roster.

Without the mobile app in place, the only way workers could see their callout roster status was to drive to the yard where it was posted on the wall.

“Now, as their position on the callout list changes, they get an alert that it’s moved, for example, from No. 8 to No. 3, which helps them manage their plans outside of work,” said Regan. “This adds to efficiency and quality of life.

“Automated callout has completely changed the way we do things, for the better,” he added. “The number of grievances has dropped 50 percent due to a consistent approach, and there hasn’t been a single case where the callout technology has failed us.”

Among the quantifiable improvements that PG&E has seen from the one-two punch of the ARCOS Callout and Scheduling Solution and ARCOS Mobile is nearly $6.5 million saved because of reduced time spent administering schedules, checking status, making call outs and addressing grievances.

PG&E estimated it could save as much as $8.4 million in 2016. PG&E is also seeing the system reduce “crew-in-route time,” which factors into the utility’s calculation for CAIDI customer minutes.

“Our crews and supervisors know in real-time who is accepting call outs along with the level of experience and background of the person, all from their mobile phones,” said Regan.

“We can see that we have the right level of front-line involvement to address an outage, and this is critical for better leadership and guidance.”

The mobile application reaches beyond field personnel, though. PG&E’s leadership has received critical safety messages via the mobile application about service interruptions, wildfires and even activities related to major public events such as Super Bowl 50 last February in Santa Clara, California.

“When we’re managing an event that affects our customers or operations, our leadership now says, ‘We haven’t seen any more ARCOS messages, so everything is good, right?'” commented Regan. “It’s become the system of record for alerts as well as a signal that everything’s returned to normal.”