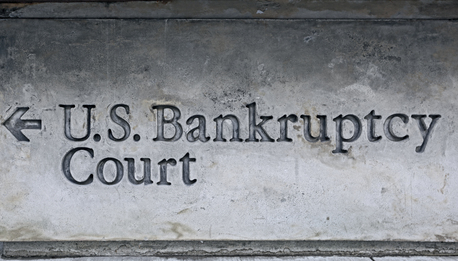 The U.S. Bankruptcy Court for the District of Delaware approved the merger agreement that Energy Future Holdings Corp. signed with Sempra Energy back in August 2017.

“We are pleased that our plan to resolve Energy Future’s long-running bankruptcy proceeding has received approval from the Bankruptcy Court to move forward,” said Debra L. Reed, chairman, president and CEO of Sempra Energy. “The next step in the approval process is making our regulatory filing with the Public Utility Commission of Texas. Oncor is a well-managed, top-tier utility, operating in one of the strongest U.S. growth markets. We believe it will be an excellent strategic fit with our portfolio of utility and energy infrastructure businesses, while opening up a new avenue for our long-term growth.”

Sempra Energy has committed to ensuring that Oncor remains independent, financially strong and based in Dallas with local management, while keeping in place the ring-fence measures that help insulate Oncor from Energy Future’s bankruptcy proceedings.

“Sempra Energy is a well-respected and experienced utility operator with a quality workforce and management team,” said Bob Shapard, CEO of Oncor. “We look forward to working with Sempra Energy, regulators and other stakeholders as the process unfolds. Oncor takes great pride in powering the Texas economy, and we wake up every single day with one mission in mind, keeping the lights on for more than 10 million Texans.”

Oncor and Sempra Energy are expected to file a joint application with the Public Utility Commission of Texas in October for approval of the transaction.

In addition to approving Energy Future’s entry into the Sempra Energy merger agreement, today’s Bankruptcy Court’s order approved the debtors’ plan support agreement with Sempra Energy and certain affiliates of Elliott Capital Management (Elliott), which hold a majority of the claims against the debtors. Under the plan support agreement, the debtors and Elliott have agreed to take all action that is reasonably necessary to implement the merger agreement, and Elliott has agreed to support the transaction and to vote its claims to accept the plan. In a separate order, the Bankruptcy Court also authorized the debtors to solicit votes on the plan.

The merger agreement remains subject to customary closing conditions, including further approvals by the Bankruptcy Court, the Public Utility Commission of Texas, the Federal Energy Regulatory Commission, and the U.S. Department of Justice under the Hart-Scott-Rodino Act.