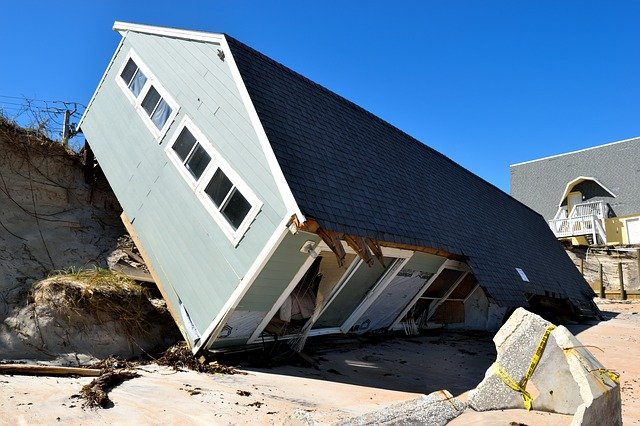 The $1 billion in spending is a small fraction of what the U.S. spends on weather-related disasters. Last year alone, the nation endured 22 weather and climate-related disasters with losses greater than $1 billion each. The disasters, including wildfires, hurricanes and snowstorms, had a cumulative price tag of nearly $100 billion.

2021 has already had significant winter storms that caused a deadly blackout in Texas and other states, and officials expect an ongoing severe drought in the West to fuel another destructive summer of wildfires following one of the worst fire years on record in 2020. Forecasters predict a busy hurricane season along the Atlantic Ocean and Gulf of Mexico, but perhaps not as severe as 2020’s record-shattering year.

“We all know that the storms are coming, and we’re going to be prepared,” Biden said during a visit to the Federal Emergency Management Agency’s Washington headquarters. “We have to be ready.”

The National Oceanic and Atmospheric Administration said last week that the hurricane season, which runs from June through November, will likely see 13 to 20 named storms, including at least six that will become hurricanes and three to five categorized as major hurricanes with winds of more than 110 mph (177 kilometers per hour).

Biden, during his visit to FEMA, received a briefing on this year’s outlook for the Atlantic hurricane season.

As climate change threatens to bring more extreme events such as increased floods, sea level rise and intensifying droughts and wildfires, the White House said it is the government’s responsibility to better prepare and support communities before disasters occur, rather than simply respond afterward.

FEMA will provide $1 billion for the Building Resilient Infrastructure and Communities, or BRIC program, which helps states, local communities, tribes and territories to develop projects to prepare for and reduce risks from disasters and natural hazards.

“We’re going to spare no expense, no effort, to keep Americans safe and respond to crises when they arise,” Biden said. “And they certainly will.”

The White House also said it will develop a new NASA mission concept for an Earth System Observatory that will forecast and monitor natural disasters. The Earth System Observatory will deploy advanced technology in space to improve understanding of interactions between Earth’s atmosphere, land, ocean and ice, helping determine how climate change will play out in the near and long term.

The steps announced Monday are part of Biden’s pledge to elevate climate change as a major priority. Biden has set a target to cut U.S. greenhouse gas emissions by up to 52% below 2005 levels by 2030. He also has said he expects to adopt a clean energy standard that would make electricity carbon-free by 2035, along with the wider goal of net-zero carbon emissions economywide by 2050.

Just last week, Biden directed federal agencies to develop a comprehensive strategy to identify and manage financial risks to government and the private sector posed by climate change. An executive order he issued Thursday calls for concrete steps to mitigate climate risks and could result in new regulations on the banking, housing and agriculture sectors, among others.

At the end of his visit to FEMA, Biden addressed agency employees and thanked them for their efforts in recent months. In addition to natural disasters, FEMA is playing a central role in the federal government’s effort to distribute COVID-19 vaccines in hard-to-reach areas of the country. The agency in March was also called to help support the processing of the surge of unaccompanied migrant children arriving at the U.S. southern border.

“I’ve asked you to do an awful lot since I became president,” Biden said.

Dan Kaniewski, who served as FEMA’s deputy administrator for resilience during the Trump administration, hailed the funding announcement, which significantly expands a program begun under President Donald Trump.

“BRIC was a shot in the arm for communities throughout the country, but this will be an early second dose,″ said Kaniewski, now a consultant at Marsh McLennan.