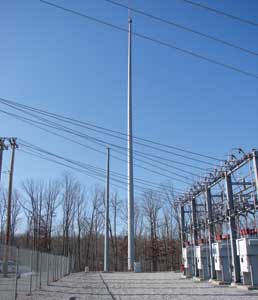 For 100 years, Dickson has relied on contracted meter readers to gather usage information and perform regular maintenance and outage management services. There were significant drawbacks to this type of service provision, primarily the associated expense of paying the work force for after-hour and weekend services during outages.

Dickson Electric faced another related challenge: inclement weather. The region typically experiences approximately three months of winter, often accompanied by icy conditions that prevent workers from being able to access meters for days at a time.

An additional issue Dickson wanted to overcome was undetected theft of service. Meter tampering had been a sporadic problem that the utility was having a hard time preventing because it was unable to pinpoint exact times and locations of theft. 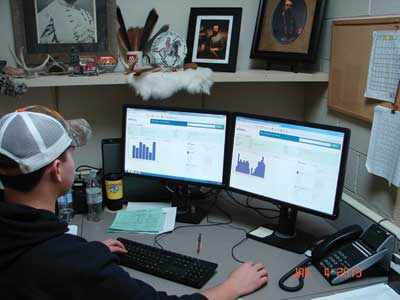 The combination of these challenges prompted Dickson Electric’s management to consider possible solutions to enhance the utility’s service offerings. Given its long history of using a contracted work force, the utility assumed it had an accurate representation of how much it cost to have manual meter reads opposed to the cost of installing an advanced meter-reading solution. The large return on investment expected through implementing an advanced metering infrastructure (AMI) solution gave Dickson the final push it needed to decide.

Initially, Dickson Electric considered power line carrier solutions and mesh networks. With power line carrier solutions, data throughput can be slow-polling at only 15-minute intervals-and there is not much flexibility beyond actual meter-reading capabilities for applications such as remote connect and disconnect. Dickson Electric was interested in providing a foundation for further service offerings, thus a limited solution did not present a viable option.

A wireless mesh topology was not ideal because of the potential for signal interference over unlicensed spectrum and maintenance issues from the large installed base of data collectors to cover its service area.

Dickson wanted to implement a solution that would provide a dynamic platform to accommodate remote disconnect and reconnect, voltage monitoring, distribution automation and supervisory control and data acquisition (SCADA). The utility was particularly intent on introducing distribution automation as it was preparing for an upcoming pilot program with the Tennessee Valley Authority (TVA) centered on voltage reduction and peak-load management.

A fixed-based network using point-to-multipoint (PMP) wireless topology over licensed spectrum became the clear choice for Dickson to implement a safe, reliable network. PMP involves a regional network interface (RNI) that receives data forwarded from a tower gateway base station. As a result of channel allocation, algorithms in the RNI can monitor and adjust network demand continually to allocate signals over a less burdened channel to deliver the lowest possible latency. This architecture provides throughput for point-to-multipoint networks exceeding that of mesh topology and can operate on a licensed spectrum.

For Dickson Electric and its customers, the faster data throughput, higher signal range and reduced footprint of PMP provided the most performance dollar for dollar and accomplished all necessary tasks over a single network. In this case, it was the FlexNet system from Sensus.

Although not a major problem for Dickson Electric, meter tampering and theft of service occurred weekly, which was enough to make reliable, two-way remote communications from the meter to the home office a priority. There is risk and reward when dispatching a truck to a premise so there must be a good deal of trust in the AMI remote detection system if tampering is suspected. Prior to installing an AMI solution, there was no way to detect theft other than comparing monthly usage by account.

Tampering with the data on one of the newly installed Sensus electric meters is made difficult by strong encryption key technology and other safeguards built into the device. Many locations showed evidence of tampering when the old analog meters were replaced with digital units. The new AMI system alerts personnel to any outages at specific addresses. When a telltale sequence of events occurs and a specific meter has been de-energized more often than its neighboring meters, there’s a good probability the customer has removed the meter to tamper with it or install jumpers around the meter base.

A tampering event occurred within weeks of Dickson Electric’s AMI’s going live. Because the system was so new, however, technicians first suspected the outage data was an anomaly at that one meter and initially dismissed it. Soon after, a second loss of voltage event similar to the first clarifed it was a tampering situation, and a truck was dispatched quickly to deal with the issue. These events were recorded at Dickson Electric between office hours by a data historian with the meter’s acting like a sentinel around the clock. The few customers who attempt to bypass meters slowly recognize this type of activity will not go unnoticed.

Thus far, Dickson Electric has had tremendous success with the FlexNet system. The network has proved reliable, response rates have been excellent and the system has been easy to use and maintain from the utility’s perspective. Much background work and effort went into the implementation from the Sensus point of view, but Dickson Electric experienced a seamless process from its side.

In addition to its six network base stations, Dickson Electric strung some 100 miles of fiber-optic cable for network backhaul, and the fiber also allows for splitting bandwidth for SCADA capabilities. The FlexNet system is integrated with all enterprise systems, including a Milsoft dispatch system for accommodating customer needs during power outages and for faster restoration.

Dickson Electric is committed to a 10-year pilot program with TVA, mostly composed of voltage reduction and direct load control for system optimization, in addition to advanced meter reading. The pilot program encompasses roughly 5 percent of Dickson Electric’s grid, although plans to expand the technology eventually into its entire service territory already are formed. Automating all the capacitor banks in particular will help provide a consistent load profile through volt/VAR optimization and guard against regulatory penalties for falling outside the range for power factor.

The FlexNet wireless network is the existing platform for much of this work and the foundation for future capabilities. Early projects include automated monitoring and control of capacitor banks, voltage regulators and download reclosers over the wireless network to protect against faults. Dickson is making good use of the data gained from those devices, such as phase currents, operational status and the number of operations. Plans are in place for direct load control for peak shaving through the network, as well as for communicating directly to in-home devices on HVAC units and electric water heaters.