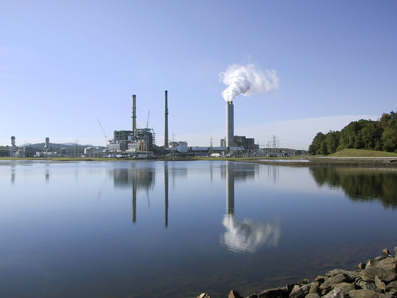 The Columbia Energy affiliate of LS Power Development, which owns a 523 MW power plant, on Feb. 2 asked the North Carolina Utilities Commission to let it intervene in the Duke Energy Progress Asheville repowering case, saying its power plant is a better alternative than the repowering project.

Columbia Energy owns and operates an existing 523 MW combined cycle facility located in Gaston, South Carolina. This is a qualifying facility, as that term is defined in Section 210 of the Public Utility Regulatory Policies Act of 1978, the company noted. Incidentally, on Feb. 4 the commission granted Columbia Energy’s motion to intervene.

Columbia Energy said its facility has eleven years of reliable operating history, and that it holds firm pipeline transportation contracts to access natural gas on existing Transco pipelines and is also capable of operating on fuel oil with about one million gallons of on-site oil storage. More recently, Columbia filed for 10-year firm transmission service to deliver all of its energy and capacity to the Duke Energy Progress service territory.

Duke Energy Progress on Jan. 15 filed for a Certificate of Public Convenience and Necessity from the North Carolina commission authorizing it to construct its Western Carolinas Modernization Project.

The combined cycle units are proposed for baseload operations, with the combustion turbine to apparently be contingent on future peaking needs, Columbia Energy wrote. At some unknown point in the future, DEP may also install a solar system at the facility site.

Said the Columbia Energy petition to intervene in this case: “Pursuant to PURPA, DEP is legally obligated to purchase Columbia’s energy and capacity at DEP’s avoided cost. Columbia is pursuing efforts to sell its capacity and energy via a power purchase agreement or otherwise with DEP, whereby DEP will purchase energy and capacity from Columbia pursuant to their legal obligation to do so. Columbia has delivered to DEP the information DEP requires from a QF prior to contracting to accept the capacity and energy. Columbia delivered information to DEP indicating its intent to sell to DEP its full output of 523 MW of capacity and energy to DEP and is awaiting a response from DEP.

“Columbia believes that in this proceeding involving DEP’s application for a CPCN, the Commission should require DEP to implement the most cost effective solution to meet the needs of DEP’s customers in Western North Carolina and should consider the impact of a contract with Columbia in evaluating DEP’s application. Columbia is ready, willing and able to enter into a long term contract to provide 523 MW of capacity and energy to DEP annually, at DEP’s avoided cost for energy and capacity. Additionally, Columbia has offered to provide its capacity and energy at lower costs than would otherwise be incurred by DEP’s customers if the Western Carolinas Modernization Project is approved.

“Unlike the Western Carolinas Modernization Project, Columbia would not need to procure new pipeline construction or service in order for Columbia to supply energy and capacity to DEP. Columbia is party to firm transportation gas supply arrangements, and its facility has access to the Transco interstate pipeline and is capable of burning fuel oil.

“If allowed to intervene in this docket Columbia will advocate that the Commission, as part of its assessment of whether the public convenience and necessity will be served by the proposed construction of the facilities described in the Application, evaluate the costs and impacts of construction of the proposed generating units prior to the issuance of the CPCN sought by DEP. Columbia urges the Commission to gather sufficient evidence on the proposed project to allow the Commission to examine all pertinent issues and feasible options. Columbia is informed and believes that the most cost effective approach is for DEP to purchase power from Columbia at DEP’s avoided cost and defer any incremental need and the costs associated therewith until load growth would require additional generation.”