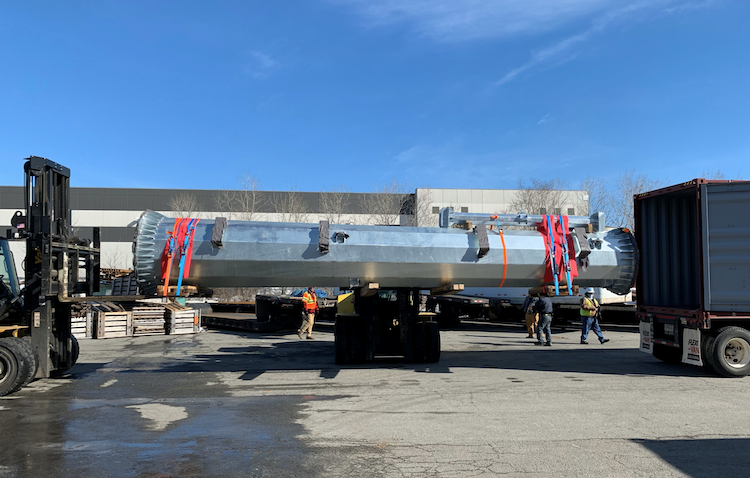 One step of the 250-mile Green Energy Superhighway in New York is underway.

The project – announced in the Governor’s 2021 State of the State address – is designed to increase transmission capacity and help deliver more renewable energy to higher demand areas across the state.

Developed by New York Transco, this project puts New York on track to meet its goals under the Climate Leadership and Community Protection Act, which includes a zero-emissions electricity sector by 2040, 70 percent renewable energy generation by 2030, and economy-wide carbon neutrality.

New York Transco commenced construction on the first phase of the New York Energy Solution electric transmission project. Construction activities will start at the Churchtown Switching Station in Claverack, Columbia County. The first phase of construction includes the installation of a temporary bypass electric line and rebuilding of the existing Churchtown Switching Station. Phase II work, which comprises all other aspects of the project, was recently filed for regulatory review.

The New York Energy Solution transmission project, owned by New York Transco, will help alleviate electricity bottlenecks and allow for greater use of clean energy produced upstate, while also improving grid resiliency and storm hardening. It will upgrade and replace existing 80-year-old structures with about 230 fewer, more modern structures. The project will be in existing electric transmission corridors or on adjacent utility-owned land in several NY counties.

Governor Cuomo unveiled the proposal as part of his plan to reimagine, rebuild, and renew New York in his 2021 State of the State, as part of a package of transmission projects across the state that will form New York’s Green Energy Superhighway – 250 miles of planned investments that will create opportunities to maximize the use of renewable energy for parts of the state that rely heavily on fossil fuel plants.