Because most of these categories have experienced significant volatility during the past two to three years, Denali Intelligence’s T&D Market Index is based on a weighted composite developed from an analysis of more than 30 utility T&D spend proà¯¬les. Denali Intelligence analyzes the key cost drivers to develop the historical and forecasted price trends associated with this index.

In the broader economy, second quarter 2009 was led by the pull of underlying commodities including a 39 percent increase in crude oil and a 6 percent increase in diesel fuel. Sharp decreases continued across all base metals, which retreated on eroding demand, domestic and international. A slow U.S. economy and production cuts in China continued to drive market softness in all base metals, with aluminum seeing the sharpest declines (see Figure 3).

The overall unemployment rate reached 9.5 percent in June, up from 7.2 percent in December 2008 (see Figure 4). Market forces are driving even more emphasis on corporate cost restraint, and virtually all utility T&D teams are operating in a constrained expense environment.

As T&D costs come under increasing pressure and T&D project loads begin to slow, T&D categories will see margin erosion. Looking to the remainder of 2009, Denali Intelligence expects the T&D Market Index to reflect continued price pressure overall. The trend will be a flattening for services and a slight rise in the third quarter for materials, with an overall change on 2009 of an approximate 6 percent decrease.

Additional erosion in materials is expected in first quarter 2010 with some strengthening in the second and third quarters before easing in the fourth for an overall movement in 2010 of about a 0.5 percent increase.

Denali Intelligence is a service of Denali Group and offers subscription and custom market intelligence designed for utilities sourcing professionals.

I always get a good laugh when I read these articles on the seriousness of replacing the aging workforce, as in John Powers’ article in July’s edition. [Editor’s note: See “NSTAR Goes Head-to-Head With the Aging Workforce,” July 2009, page 28.]

Many years ago while I was in school working on getting my FAA airframe and power plant license in the early ’80s, all we heard was that we were going to have our choice of jobs because all the WWII guys were retiring and the fear was nobody was going to be able to “keep “Ëœem flyin’.” IT NEVER HAPPENED. In fact, it was hard to find a good job.

Technology did happen, though, and they needed less and less people. And, in fact, a lot of the older people weren’t willing to learn and adapt to the new technology. I don’t believe for a second there will be a problem with the electric business now. Technology will continue to progress, and there will be less and less of a demand for people.

I came over to the utility business about eight years ago, and I heard the stories how there used to be a few hundred guys to run 800-MW plants. And I know right now there are 500-MW plants running with two people on site. The lights will not go out; in fact, they won’t even dim with all these retirements. Some people just need to get over how important they think they are. Thanks.

EDITOR’S NOTE: Do you have an opinion on a pressing T&D issue or POWERGRID International article? If so, we’d love to hear from you. E-mail us at: kathleend@pennwell.com and tell us what’s on your mind. 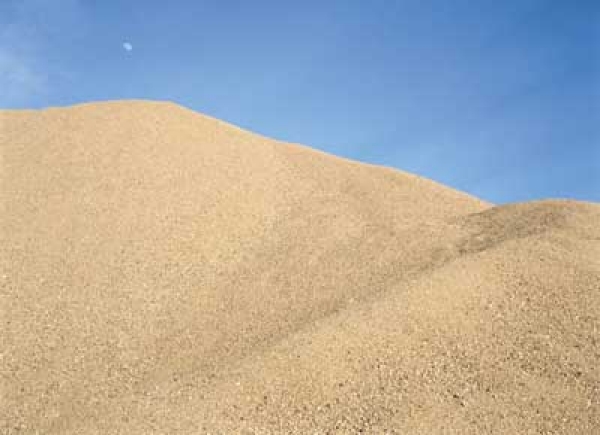 Power generated at solar thermal power plants in the Sahara and wind farms in North Africa will be transported to the load centers where the power is needed. The Desertec initiative aims to meet 15 to 20 percent of European power demand using solar- and wind-based electricity by 2050. Electricity generated in the desert regions of the Desertec project then must be transported some 2,000 kilometers from North Africa to consumers in Europe. A technical and financial concept will be developed next.

North Delhi Power Limited (NDPL) has won international acclaim by being conferred with an award from Utility Planning Network (UPN) in the U.S. for Best Revenue Assurance Initiative in the automatic meter reading (AMR/AMI) category.

NDPL in 2008 became the first Indian power distribution utility to receive the honor in the international category by winning the Edison Award. The award recognized NDPL’s operational excellence in the electric industry for innovatively using and integrating its geographical information system with other applications for network planning, operations, commercial and asset management.

CPFL Energia serves some 6.5 million customers in four states with a generating capacity of 1,672 MW, which 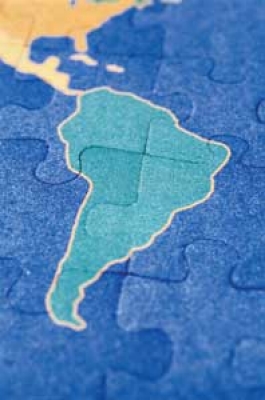 The 3M ACCR conductor was installed on a 3.3-kilometer (slightly more than 2 miles) line segment passing through a residential district of Vàƒ¡rzea Paulista, a municipality of some 110,000 residents, some 40 kilometers (25 miles) northwest of the city of Sàƒ£o Paulo. The 88 kV double-circuit line boosts the power supply to Vàƒ¡rzea Paulista and nearby Jundiaàƒ­, which has a population of more than 320,000.

“We studied several options and decided that 3M ACCR provides the most reliable, cost-effective solution for delivering more power through a dense neighborhood without creating numerous logistical problems,” said Paulo Ricardo Bombassaro, engineering and planning manager for CPFL Energia. “We were impressed by its high-performance results in other applications where new tower construction was undesirable. We also were pleased that our transmission line installation process went very smoothly and everything is working as designed.”

Overall, the new 3M conductor is used by some two dozen utilities in the United States and five other nations on three continents.

IBM and Cisco are teaming on a pilot to help the Dutch utility Nuon and Amsterdam make smarter use of energy by enabling consumers to make more informed decisions about their energy consumption. The pilot is part of the Amsterdam Smart City initiative in which citizens, governments and companies work together to make more efficient use of energy to create a more sustainable city.

The consortium will jointly implement an innovative energy management system based on smart metering and home energy management technology, which will enable 500 selected households gain better insight into their energy consumption and help drive change in usage.

Through this project, IBM and Cisco aim to demonstrate how intelligence throughout the electrical grid can dramatically reduce outages and faults, improve responsiveness, handle current and future demand, increase efficiency and manage costs.

“Now that more than half of the global population lives in cities, we need to acknowledge that achieving a sustainable future lies in our urban centers,” said Guido Bartels, general manager of IBM’s Global Energy & Utilities industry. “Smarter energy initiatives are foundational for other critical infrastructure systems that make up a city. This project will enable the city of Amsterdam to leverage integrated, intelligent and interconnected technologies to transform their systems and optimize the use of finite resources.”

The energy management pilot has been realized with the help of several program partners housing corporations: Far West and Ymere, Amsterdamse Innovatie Motor, Home Automation Europe, ROC Amsterdam, the University of Amsterdam and grid operator Alliander. The pilot is co-funded by the European Fund for Regional Development.

GE’s ENMAC distribution management system is the foundation of Orion’s initiative. The ENMAC system, to be fully implemented by mid-2010, will help Orion monitor the distribution grid and will give operators an accurate, real-time picture of power flow, trouble spots and potential workarounds for outages.

Orion has completed the supervisory control and data acquisition (SCADA) phase of the project, enabling real-time monitoring and control of the network. This is the first ENMAC SCADA system running in New Zealand.

The project is in its second phase with the installation of a distribution network management system, which will enable Orion to maintain and control its network from a single viewpoint.

The third phase of the Orion project is an outage management system, which will work with ENMAC to help automatically re-route power when an outage occurs, dispatch crews and help operators make better decisions for faster power restoration.

Orion New Zealand Ltd. owns and operates the electricity network in central Canterbury between the Waimakariri and Rakaia rivers and from the Canterbury coast to Arthur’s Pass. The network covers 8,000 square kilometers of diverse geography, including Christchurch City, Banks Peninsula, farming communities and high country.

The National Electrical Manufacturers Association (NEMA) has published ANSI/NEMA CC 1-2009 Electric Power Connection for Substations. The standard was produced by NEMA’s Electrical Connector Section and was last revised in 2005.

CC 1 covers uninsulated connectors and bus supports that are made of metal and intended for use with conductors or bus made of copper or aluminum alloy and found in substations. Connectors that are supplied in equipment are covered by the equipment standards instead and are excluded from this standard. The document includes performance requirements, test methods and design requirements.

In this revision, CC 1 was re-formatted with the intention of making it more user-friendly and emulate the formatting used by the International Electrotechnical Commission (IEC).

Ron Lai and Jim Zahnen of the Electrical Connector Section said that to make ANSI/NEMA CC 1 a more global document, they’ve added information on terminal pad dimensions and hardware used outside of North America. Conductors used in the Americas have been shown in square millimeters to allow users of the standard to compare with other systems.

NEMA is the association of electrical and medical imaging equipment manufacturers.

Founded in 1926 and headquartered near Washington, D.C., its approximately 450 member companies manufacture products used in the generation, transmission and distribution, control and end use of electricity. In addition to its headquarters in Rosslyn, Va., NEMA has offices in Beijing and Mexico City.