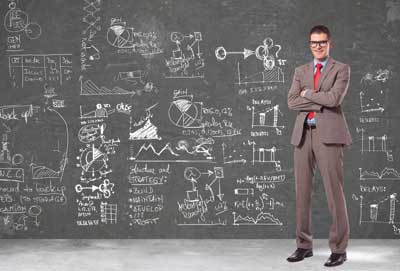 Many electric distribution utilities are considering deploying distribution automation as part of their grid modernization strategies to improve reliability, efficiency, asset utilization and performance of the power delivery system.

Before embarking on a widespread distribution automation deployment, electric companies must know for the benefit of customers and shareholders if the expected benefits outweigh the expected costs.

This article focuses on the costs and benefits of the two main distribution automation functions, volt-VAR optimization (VVO) and fault location isolation and service restoration (FLISR), that are being implemented or considered by many electric distribution utilities.

VVO is a distribution automation application function used to improve the overall efficiency of the electric distribution system through optimal control of capacitor banks, voltage regulators and possibly in the future distributed energy resources.

FLISR, the self-healing grid, is a distribution automation application that automatically detects and isolates distribution feeder faults and then quickly restores service to customers connected to healthy portions of the feeder with little or no manual intervention. 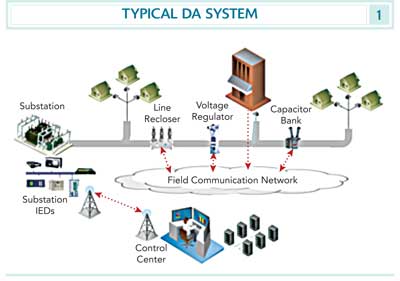 Significant improvements to the electric distribution system infrastructure, such as connecting existing radial feeders to a backup source of supply and feeder reconductoring, also might be needed to avoid overloads and undervoltage after feeder reconfiguration.

The distribution automation devices must be able to exchange information and control commands on a nearly real-time basis; that is, the latency, or delay, associated with these information exchanges must be five to 10 minutes or less.

In addition to these initial costs, electric distribution utilities must develop and implement an effective commissioning strategy to enable system operators to transition to the new distribution automation system.

The expenditures don’t end when the system is running. Periodic system updates, ongoing maintenance and upgrades to components that are relatively short-lived from an electric utility perspective also must be considered.

Utilities have been able to minimize costs by leveraging existing equipment on the feeder. Examples of this include 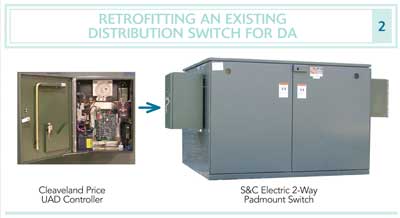 Nonetheless, costs ranging from $200,000 to $300,000 per feeder and higher in some cases can be expected with ongoing annual maintenance costs of roughly 3 to 5 percent of the investment amount. The value of distribution automation benefits must exceed these costs to justify the investment.

Figure 3 depicts a representative VVO solution. Potential VVO benefits include but are not limited to 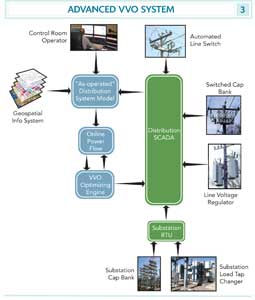 Some VVO benefits do not necessarily have a direct positive impact on a utility’s bottom line; however, these benefits will lower the cost of service to customers, which ratemakers often view favorably.

FLISR allows a utility to detect and isolate feeder faults quickly and then rapidly restore power to customers who are connected to healthy portions of the feeder with little or no manual intervention.

Figures 4a and 4b show the configuration of a faulted feeder before and after FLISR operation.

As a result, when a permanent fault occurs, some customers who normally would be without power for an hour or longer during the repair or restoration process have their power restored in less than five minutes.

Figures 5a and 5b contain service restoration time lines with and without FLISR. 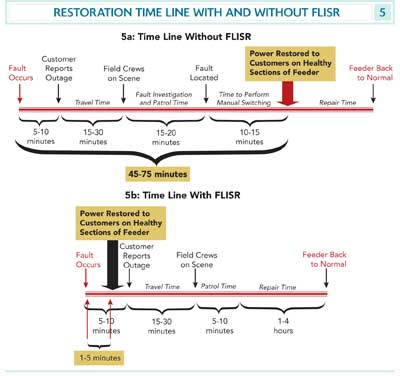 Many benefits provided by distribution automation (e.g., reliability and efficiency improvements) do not translate easily into monetary terms.

Consequently, plausible cost-benefit comparisons can be difficult to perform. For example, the application FLISR provides significant improvement in customer outage duration; however, there is no well-established procedure for converting improved reliability to direct monetary benefits to determine if these benefits outweigh the high implementation cost for this application. 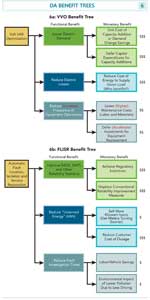 Some expected benefits do not benefit the electric utility’s bottom line directly.

For example, the costs associated with electrical losses often are passed on to customers in the kilowatt-hour rates; however, although such improvements do not directly benefit the utility, investment recovery may be permitted for prudent investments that reduce losses (such as VVO) for the benefit of the customers.

Determining the benefits would be simple if feeder loading and operating conditions were consistent from day to day.

If loading and operating conditions were identical each day, it would be simple to apply distribution automation for a day and then compare the day’s results with the previous day’s.

Unfortunately, determining the benefits is not that simple.

The electrical conditions of every feeder can vary significantly from day to day because of changing weather, random customer behavior and other factors.

The most common approach for determining FLISR incremental benefits is to record the time sequence of each FLISR operation and then manually replay the event assuming that FLISR was not present.

During the manual replaying of the event, an electric utility can assume average travel, fault investigation and manual switching times that normally would occur if FLISR is not present.

This straightforward approach enables the utility to determine impacts on customer outage duration and frequency for each event with and without FLISR.

The difference between the with-FLISR and without-FLISR calculations is the incremental benefit.

Utility companies often resort to day-on/day-off testing and robust statistical analysis over an extended period to determine what would have happened if VVO were not deployed.

The difference between measured values and the results of the what-would-have-happened analysis is the incremental VVO benefit.

Distribution automation has proved effective for improving the efficiency, reliability and overall performance of the electric distribution system; however, it also has proved costly.

Before embarking on a distribution automation project, an electric distribution utility should do a thorough financial analysis of all costs and expected benefits.

Small-scale demonstration projects might be needed to support this analysis.

Robert Uluski is vice president of distribution automation/DMS systems at UISOL, an Alstom company. He has more than 35 years of experience in electric utility transmission and distribution automation systems. His background includes tenures with the Electric Power Research Institute, Quanta Technology, EnerNex Corp. and KEMA. Reach him at ruluski ruluski@uisol.com