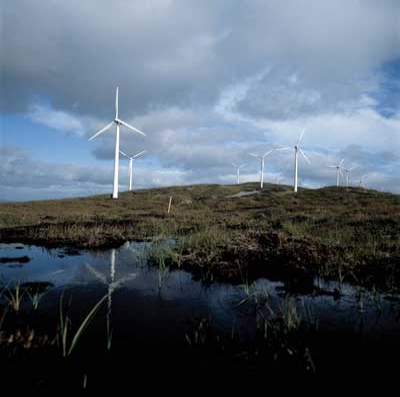 The current addition of renewable generation has increased the burden on already stressed transmission systems. This stress is increasingly manifesting itself as voltage collapse. Most power texts approach voltage instability problems at the transient level—focusing on rotor angle instability and other limitations that have largely been eliminated by modern control systems and powerful excitation systems. Preventing voltage collapse (VC), typically a dynamic phenomenon, has now become the primary focus of stability studies, and to adequately study VC requires a different set of tools. This article will provide an overview of the requisite tools of eigenvalues and eigenvectors—how these various eigenstructures are obtained through modal analysis and how they can be used to avoid VC. While a detailed knowledge of the calculations do not need to be known by every engineer concerned with VC, a basic understanding is essential to every engineer involved with system operation and transmission.

Generators and loads are modeled by entering blocks of equations for each. The remainder of the power system representation is typically based on the bus admittance matrix, which gives the relationships between all the bus current injections and all the bus voltages. Using measured values of real and complex power on the system, power balance equations are calculated iteratively using the Newton-Raphson method (typically it starts with the Gauss-Seidel method, then transfers to the faster N-R method). These iterations are used on the partial derivatives of the real and complex powers with respect to the voltages and voltage angles to give us the Jacobian matrix of the system.

The Jacobian gives us a representation of the system that we can use to perform modal analysis to determine modes (i.e. frequencies) of potential weakness (i.e. oscillation problems). By eliminating the real power and angle part of the Jacobian matrix, we can focus the study on reactive demand and supply problem of the system, which is the root cause of VC, as well as minimize computational effort by reducing the dimensions of the Jacobian matrix. Other methods, including the use of an implicit state space model or using the Hessian (i.e. the second derivative of the bus admittance matrix), are used to increase the sparsity of the Jacobian matrix, and results in a system state matrix, which we’ll represent as JR.

It turns out that VC occurs when we have a singularity in JR, and when this occurs there is at least one eigenvalue whose real value is zero. Eigenvalues are the solution of the characteristic equation of the reduced Jacobian and are the modes of the modal analysis.

Eigenvalue techniques are fundamental tools in the analysis of small signal stability of multi-machine systems.

Once we’ve calculated the critical eigenvalues, it is relatively simple to calculate the associated left and right eigenvectors associated with them. While we’ve seen that the magnitude of the eigenvalue will provide a relative measure of the proximity to voltage stability (relative to voltage collapse), the eigenvectors will provide information related to the inherent properties of the studied dynamic system, and suggest methods for avoiding VC. The corresponding eigenvectors of the critical eigenvalues contain important info on the nature of the mechanism of loss of voltage, including the key contributing factors, the response of the system and the effectiveness of the control measures.

Since eigenvectors are scalable, the mode observability is relative. The eigenvector, actually all the eigenstructures, cannot be used as an absolute index because it is very sensitive to reactive power generation limits and is highly nonlinear. Mode shape can be observed by selecting different output variables.

The left eigenvector shows which states have a prominent effect on the zero eigenvalue. That is, which nodes in the system are the most effective to control the singularity in JR.

The left eigenvector (together with its initial state) determines the dominance of its mode (controllability). It indicates by modulation of which system variables the mode is more controllable. For example, the left eigenvector may indicate which tap-changers should be blocked to avoid voltage instability.

Modal analysis has evolved in recent years from using mode shape (right eigenvector only), to incorporating participation factors, to using transfer function residues of the left and right eigenvectors. Let’s see how we can use residues to mitigate potential oscillation problems.

The main objective of our tour through modal analysis is to determine where we should focus our efforts to damp frequency oscillations that may result in voltage collapse. Once we determine the node of the potential undamped/underdamped oscillation, we’ll see that its location will determine the type of power oscillation damping (POD) controller that will need to be installed.

Where to Site Mitigation Devices

Where the potential problem is located determines what kind of POD should be implemented. If the problem was at a transmission line, the POD could be a static VAR compensator, a thyristor controlled series capacitor or, if on an HVDC system, power modulation. If the potential problem lies with FACTS devices like static VAR compensator, thyristor controlled series capacitors, or unified load controllers, these problems can be solved by modifications of the control system.

Let’s say we would like to add a thyristor controlled series capacitor to our test system.

If we run a modal analysis for the change of line power divided by the change of the line susceptance when adding a thyristor controlled series capacitor for each transmission line, the top five residues would look like Figure 2 (page 42). The results indicate that we should install the thyristor controlled series capacitor on the Selina-Amanda transmission line.

Robert Castro teaches graduate courses in power at the University of Southern California and develops wind generation for a local utility. Reach him at robert.castro@alumni.usc.edu.