To meet its aggressive environmental targets and ensure security of supply, significant amounts of new generation, much of it from renewable sources, must be brought on to Britain’s grid by 2020. The current transmission access regime, however, has left some generators operating with one hand tied behind their backs. Changes to the nation’s transmission access arrangements should help bring new and renewable generation onto the grid as rapidly and smoothly as possible and represent the best chance of meeting the 2020 renewable energy targets.

Getting Renewables onto the Grid

Britain’s ambitious target of producing 15 percent of its total energy from renewables by 2020 should require around 30 percent of electricity output to come from renewable generation. Achieving this goal hinges on the rapid deployment of new generation sources and a firm commitment to backing these technologies with strategic investment. Onshore and offshore wind farms, located in areas where wind is strongest, will be key contributors even though they often are located in remote areas. 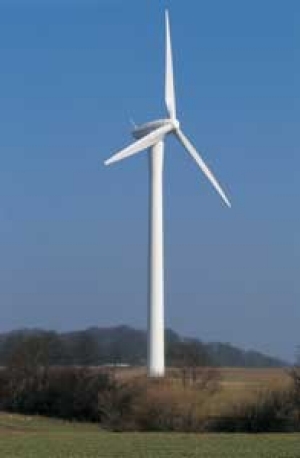 To transmit power from its source to its ultimate destination, the new generation sites must be connected to the grid—a process known as transmission access. The remote location of many of these renewable energy sources often means, however, that significant investment is required to reinforce the local and wider grid network, particularly given that some parts of the grid already are less developed than others.

In response to these issues, the 2007 Energy White Paper announced that the Office of the Gas and Electricity Markets (Ofgem) and BERR (now Department of Energy and Climate Change – DECC) would undertake a joint transmission access review (TAR) to examine the technical, commercial and regulatory frameworks around transmission access. The review was aimed at ensuring they remained fit for purpose as the proportion of renewable generation on the system grows (see sidebar on page 28 for explanations of Britain’s power system and acronyms).

A key driver behind the review was the need to stimulate investment to support the huge capital expenditure (capex) requirements of these new generation projects, and ultimately to hit the government’s environmental targets.

Under the historic “invest then connect” approach to transmission access, generators had to wait to connect to the grid until all necessary reinforcements, including deep network reinforcements beyond the local point of connection, were completed.

While the invest then connect policy had the benefit of minimising transmission constraint costs, which can arise when there is a deficit of transmission capacity relative to power flow on the grid, it was not designed to deal with the development and investment pace needed to hit environmental targets. In Scotland in particular, potential investors were disenfranchised because of the lengthy backlog of generation projects waiting to connect. According to National Grid’s “Transmission Networks Quarterly Connections Update for November 2009,” at the close of that year, a queue of more than 73 GW of new generation capacity was seeking connection to the grid with connection dates stretching out as far as 2025.

Speeding Up the Process

In the Transmission Access Review (TAR) Final Report published in June 2008, the government and Ofgem recognized the urgent need for policy changes that would speed up access to grid infrastructure for new developments, safeguarding and encouraging further investment in renewable and other low-carbon generation capacity. Initially, the industry moved these changes forward via proposed modifications to the Connections and Use of System Code (CUSC). Concerns over the slow pace of progress, however, led to the Secretary of State taking powers under the Energy Act to direct reform in mid-2009.

Redpoint was appointed by DECC to model the impact a range of grid access options would have on generation investment, environmental outcomes and consumers costs, with a particular focus on the impact of different charging regimes on investment decisions and plant despatch behaviour.

Using PLEXOS, an advanced third-party modeling toolkit, alongside its in-house investment decision model (IDM), Redpoint fed its quantitative analysis of proposed options directly into DECC’s cost-benefit analysis. PLEXOS was configured so that constraints could be modelled on key transmission boundaries while the IDM was modified to produce a more regional view of the potential for different generation investments (see Figure 1). These changes allowed Redpoint to analyze the full suite of options under consideration by the government, including options where constraint costs would be targeted at certain categories of generators in specific regions.

In the case of wind power, Northern Scotland generally benefits from better wind conditions, meaning that plants located in this region can generate more power. In some of the scenarios under review by the government, however, such generators could have faced higher transmission access charges relative to a comparable plant in a less congested southerly location. For this reason, Redpoint had to ensure its modeling could quantify the trade-off between investors’ benefits from a favourable location and the additional costs implied by targeting constraint costs.

Redpoint’s modeling suggested that retaining the “invest then connect” approach for transmission access could jeopardize Great Britain’s ability to meet its 2020 renewable output targets. Under some of the alternative regimes where generation could be brought on faster though, the modeling suggested that the original targets could be met. Redpoint’s modeling also found that the incremental constraint costs of accelerating new generation plant connections were lower than had been forecast in other studies, and likely would be outweighed by lower wholesale prices under most scenarios.

In March 2010, after considering responses to the initial consultation and results of Redpoint’s modeling, DECC announced that an enduring “connect and manage socialized” access regime was most likely to meet the government’s objectives. It then released a technical consultation detailing how this should be implemented. The new approach, which was implemented in August 2010, allows generators to connect to the grid immediately after local work has been completed, rather than waiting for the transmission companies to carry out the deep reinforcements of the wider network necessary to support the system’s additional generation.

As noted earlier, one possible downside of allowing accelerated connection is that certain regions could, at times, generate more electricity than the grid can transport, leading to higher transmission constraints. National Grid would then be forced to resort to short-term action to pay certain generators to adjust their output levels in order to manage system constraints while ensuring security of supply. Under the “connect and manage socialized” approach, these additional costs will be spread across all generators and suppliers on an output basis under the Balancing Services Use of System (BSUoS) charge. The initial DECC consultation also introduced an alternative approach to a locational BSUoS charging regime. Redpoint’s modeling suggested that consumer’s could experience lower constraint costs with no significant impact on renewable output. Locational BSUoS, however, would introduce additional risk and complexity to the charging regime, which could deter investment.

While a “connect and manage socialized” access regime will inevitably lead to higher constraint costs, the previous system could not support the push toward legally binding renewable and carbon emissions reductions targets. DECC’s intention to accelerate integration of new generation onto the grid through this approach reflects the high priority it places on meeting the renewable targets, as well as the relatively low level of incremental constraint costs suggested by Redpoint’s modeling (see Figure 2). Overall, the new access regime represents the government’s best chance to meet its 2020 targets and is the simplest and most straightforward way to encourage the vital investment required to reach this goal.

Adrian Palmer is a senior manager at Redpoint Energy. He has more than 15 years experience working in Europe’s and North America’s deregulated energy markets.

British Energy at a Glance

DECC: Department of Energy and Climate Change, created in October 2008.

CUSC: The Connection and Use of System Code lays out connection to and use of National Grid’s high-voltage transmission system.

BSUoS: Balancing Services Use of System. The transmission license allows National Grid, the country’s system operator, to derive revenue in respect of balancing services through the BSUoS charges.