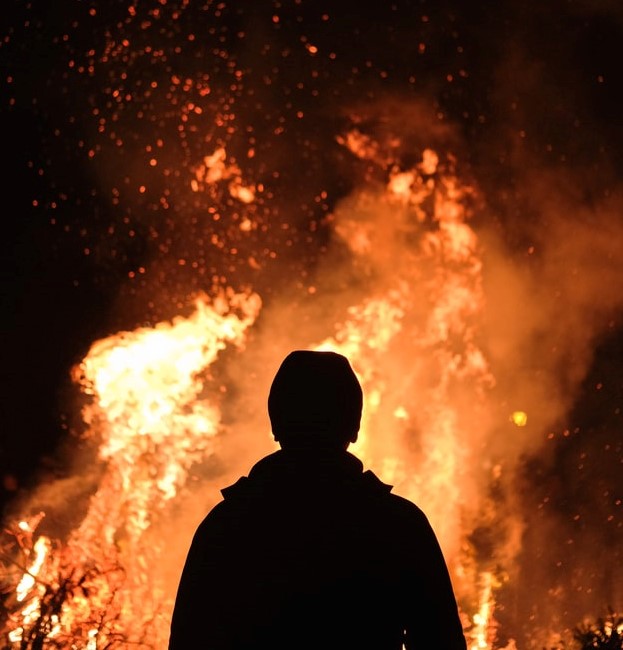 Officials for the utility, NV Energy, said they disagreed with the conclusion. They believe the 500-acre (202-hectare) blaze most likely was sparked by a campfire in the Sierra foothills on the edge of the south Reno neighborhood where 1,200 residences were evacuated.

Reno Fire Marshal Tray Palmer said Tuesday they investigated but ruled out the likelihood the Pinehaven Fire was caused by a campfire, target shooters or off-road enthusiasts on motorcycles Tor ATVs.

He said they didn’t find any evidence of negligence on the part of the utility or signs of maintenance issues with the power lines that were blowing in winds up to nearly 80 mph (128 kph).

More than 200 firefighters responded to the quick-moving fire about 30 miles (48 kilometers) northeast of Lake Tahoe ahead of a strong early winter storm blowing into the Sierra.

No one was killed or seriously injured. But in addition to the five homes that were destroyed, three were heavily damaged and 21 were left with minor damage.

There was a high-voltage electrical arc flash just before the fire broke out about 1 p.m. on Nov. 17, Palmer said.

Such a flash can occur when the power lines actually touch together, but they found no evidence of that, he said. He said the flash most likely was brought on by a mid-air connection made possible by a process known as “ionization” facilitated by dust, smoke or water vapor.

NV Energy officials said in a statement they disagreed with the Reno Fire Department’s conclusion.

“Evidence demonstrates that the Pinehaven fire ignited before any events on NV Energy’s system at 1:01 p.m. and that the likely cause was fire escaping from a campfire ring during high winds,” NV Energy spokeswoman Kristen Saibini said in an email to The Associated Press.

“The smoke from the pre-existing fire may have created ionization between the power lines, leading to an arcing event that appeared on the Silver Legacy video,” she said.

Palmer said they studied photographs and numerous witness statements to supplement examinations of the burn patterns on the ground to draw their conclusion. He said satellite images time stamped 1 p.m. initially indicated there was heat on the ground in the area of the fire’s origin at 1 p.m., which “suggested there may have been a fire prior to that arc.”

“But further research with NASA indicated that satellite image actually was a 5-minute window that occurred between 1 p.m. and 1:05. This means the true image actually reflects evidence of fire before 1:05 p.m., not 1 o’clock,” Palmer said.

“Video surveillance from the parking garage at the Silver Legacy shows no smoke on the hillside prior to 1:01 p.m. The video shows a high-voltage electrical arc flash at 1:01 p.m. At 1:02 smoke is first sighted,” he said.

“At 1:03, the horizontal spread of the smoke shows the quick spread of the fire down the east side of the slope. And we receive our first 911 call by a lady walking her dog on the hill. At 1:05 p.m., smoke covers the entire hillside,” Palmer said.