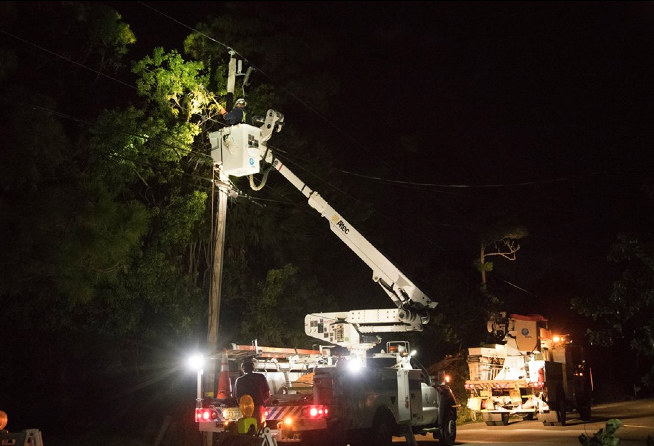 Florida Power & Light Co. announced that service has been restored to all customers affected by Hurricane Matthew. FPL restored more than 1 million customer interruptions less than 48 hours after the storm exited its service territory.

“We understand the frustration that comes from being without power and sincerely thank our customers for their patience and understanding,” said Eric Silagy, president and CEO of FPL. “We especially want to thank those customers in the hardest-hit areas who received multiple estimates of when their service would be restored. Unfortunately, significant damage and massive tree devastation required us to not just restore service, but rebuild electric infrastructure from the ground up. That said, the kind words from many of our customers in the field and on social media were a source of strength and encouragement for our crews as they worked around the clock.”

FPL deployed more resources pre-storm than ever before. At the height of restoration, FPL’s workforce numbered 15,000, including its own employees along with workers from contracting companies and partner utilities across the country.

“We are grateful to our partner utilities and contractors who answered the call and helped us restore service,” said Silagy. “We also want to thank Gov. Rick Scott, as well as state and local officials, for their leadership during what will arguably go down as one of the of the worst storms to impact Florida in recent memory.”

FPL has invested more than $2 billion since 2006 to build a stronger, smarter and more storm-resilient energy grid that allows the utility to restore power much faster than before.

“By the end of the second full day after Matthew left our area, we were able to restore power to 98.7 percent of our customers, which is further evidence that the significant investments we’ve been making in our electric grid over the past decade are clearly providing benefits for our customers,” said Silagy. “Were it not for these improvements, a storm of this magnitude and strength would have resulted in a much longer and more costly restoration.”

Initial analysis indicates that FPL’s system performed well during Matthew, as was the case during Hurricane Hermine a few weeks ago. Automated switches on poles and wires prevented about 80,000 outages, and the utility expects this number to increase once it validates additional outage information.

Also, hardened feeders, which are designed to withstand more severe weather conditions, performed about 1.5 times better than non-hardened feeders. No poles along FPL’s transmission or distribution network failed due to wind from Matthew. Any damage to FPL electrical equipment was due largely to debris and fallen trees and limbs.

“During the next few weeks, our team will analyze every aspect of the restoration effort, and we will incorporate lessons learned from Matthew in an effort to continue to enhance our system and make our processes and procedures even more efficient and effective,” said Silagy.

With limited work left to clean up in the hardest-hit areas, FPL has released the majority of utility and contract workers who responded from across the country. While Matthew is no longer impacting our service territory, customers may experience limited outages over the coming weeks and months due to weakened trees and limbs that could impact power lines and electrical equipment. FPL and contract crews will continue to make needed repairs as they are identified.

“Matthew is a stark reminder that we are in the height of what is forecast to be a very active hurricane season, and we must remain vigilant,” said Silagy. “Please take time now to ensure you and your family are prepared before the next storm strikes.”