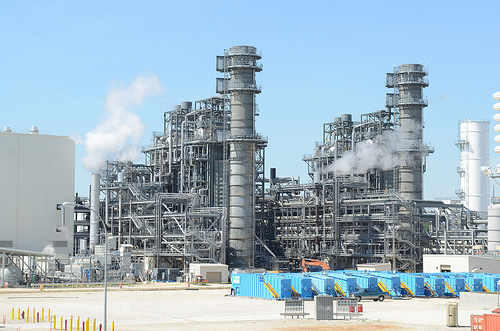 Extreme cold in Indiana hurt performance at the Duke Energy Edwardsport IGCC in January and February although performance improved at the 618-MW project March and April, Duke CEO Lynn Good said May 7.

The weather at Edwardsport was probably 30 degrees below normal and there were some problems where components were exposed to the extreme cold, Duke Energy officials said during their quarterly earnings call with financial analysts.

While she did not offer any capacity figures, Good said that Duke learned through its early winter experience with the integrated gasification combined-cycle project and hopes to blunt the effect of extreme cold next time around, according to GenerationHub.

“We are finalizing performance testing with General Electric, hopefully in the month of May,” Good said in response to a question from a financial analyst. “There is greater confidence in operations. But it is a complex process and we’re learning every day.”

Good stressed that the IGCC is now running using the gasifier and not merely in combined-cycle mode.

Duke expects to file its latest Edwardsport IGCC rider with the Indiana commission in June.

Edwardsport IGCC began commercial operations in June 2013 and all major technology has been “validated.” Duke expects the plant to achieve a “long-term level of availability” later this year, Duke Energy said in its slide presentation. The Edwardsport IGCC is also on track to be within its total revised project cost estimate of $3.5 billion.

“I am proud of the way our team responded to challenging events in the first quarter – the severe winter weather and the Dan River coal ash release,” Good said.

“For the third consecutive quarter, we experienced improved economic growth throughout our service territories,” she added.

The past quarter was so affected by extreme weather that Duke isn’t ready to say that non-weather related load growth is higher than expected, the CEO added.

Duke is “in good shape” on coal stockpiles, and feels comfortable with its fuel inventory at its coal plants, Good said. The CEO, however, did not offer any details.

**Duke reported first quarter adjusted diluted earnings per share (EPS) were $1.17, compared to $1.02 for the first quarter 2013. The company reported.

** Duke had previously announced its plans to exit its Midwest generation business. It also reported diluted net loss per share for first quarter 2014 of 14 cents, compared to reported diluted EPS of 89 cents for 1Q13.

** Reported results for the quarter were affected by a pre-tax impairment charge of $1.4 billion, or $1.23 per share, to write-down the company’s Midwest generation business to its estimated fair value. In February 2014, the company announced it had initiated a process to exit this business. This impairment is a special item that has been excluded from the company’s adjusted diluted EPS results.

**Good expects to announce a winning bidder for construction of a natural gas pipeline in North Carolina by the end of this year. The company announced a natural gas solicitation with Piedmont Natural Gas earlier this year. Like other generators, Duke is increasingly using natural gas to produce power.

** Duke expects to have between $5 billion and $6 billion of environmental compliance costs through 2023. That range has been increased by $500m. The estimate includes spending for “approved or pending air, water and waste regulations over the next 10 years.” About 85% of the spending will be in the Carolinas or Indiana.

** Independent engineering experts are expected to complete inspections of all Duke coal ash basins by May 31. Duke has also sent an action plan to North Carolina officials regarding the Dan River coal ash spill along the North Carolina-Virginia line.

Over several years, Duke expects to spend between $2 billion and $2.5 billion on coal ash remediation, the company said in its earnings materials. The $2.5 billion figure is a “baseline” assumption and could increase under either a “full excavation” or “all-dry” systems approach.