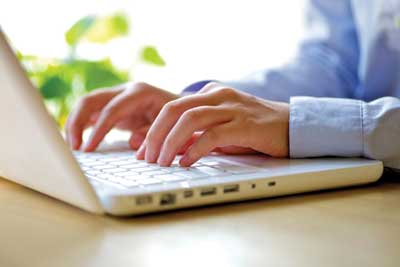 Most products consumers use in their daily lives are based on standard components manufactured by different companies that interoperate with one other. From watching the morning news to driving to and from work, most daily activities depend on collaborating tools and technologies that afford more convenient and connected lifestyles. Rarely does someone wonder what his or her life would be like without this interoperability-driven world.

Meanwhile, the power grid historically has been characterized by specifically designed proprietary technologies, with few companies’ providing true end-to-end solutions. As the smart grid industry moves to a new phase in which consumers affect the behavior of the grid and utilities apply automatic optimization processes, interoperability becomes critical in opening the door for new applications.

Many devices have gone down the path of interoperability, moving from proprietary to open standards. What lessons can the utility industry learn from these devices? Let’s start with a couple of examples of true interoperability.

Consider a teen’s sharing a picture on a social network. The teen holds the phone in front of her, takes a picture, logs onto the social network using an app on her phone and posts the photo. After a few seconds, the image becomes visible to her friends. The following steps break this process to see the chain of interoperability.

In reality, there is much more involved, and there are many more granular steps, but these simplified steps are sufficient to make the point.

The app that allows sharing the picture doesn’t contribute to any of the steps described in the table. The engineers who developed the app didn’t have to develop the JPG image-compression scheme or specify the Internet Protocol packets used by the Internet or the OFDM (Orthogonal Frequency Division Multiplexing) signaling used by the cellular network. Nor did they create the file system used by the servers. Most of the added value is the user interface design and ease of use. The app delivers a great social value to the teen using existing, interoperable technologies.

Another example is music streaming. Some new vehicles stream the owner’s selected favorite music from his or her smart phone through the car’s speakers. These apps have made music available to consumers anywhere, anytime, but the distribution channel to these consumers has nothing to do with them and everything to do with interoperability. The chain of interoperable components is shown in the following figure.

In this example, there are standards related to music compression, networking and wireless components.

In both cases, the infrastructure used by these apps is made of standard, interoperable components developed by other companies specialized in specific domains. Without this existing infrastructure, it would be impossible to offer these products to consumers.

From lightbulbs and power plugs to coffeemaker filters, doorknobs, train tracks and bicycle pumps, examples of interoperability are everywhere.

From Proprietary to Standards-based Technologies

Companies often introduce new products into the market based on proprietary technologies. As the industry matures, those companies might see the introduction of standard and interoperable technologies as a threat to their existing market share. Others see that as an opportunity to increase the breadth of products.

An example of proprietary technology is FireWire. Developed by Apple in the late 1980s, FireWire was a serial bus interface. It was one of the first technologies designed to provide high-performance links. Apple and a few others who owned intellectual property wanted to maintain their rights, making it a mostly proprietary technology. FireWire did not become ubiquitous. USB (Universal Serial Bus) had larger market share.

USB was developed in the mid-1990s. The intent of the design was to standardize connections for computers but since has evolved into an essential tool to back up documents or charge smart phones. In this case Compaq, DEC, IBM, Intel, Microsoft, NEC and Nortel not only developed the technology and made it available free to anyone but also created the USB Implementer Forum to guarantee interoperability among devices.

Another good example is Ethernet. Originally developed by Xerox PARC in 1974, it later was promoted as a standard by Xerox, Intel and DEC and eventually was approved as a standard as IEEE 802.3 (Institute of Electrical and Electronics Engineers) in 1984. The technology improved in speed, cost and availability, and it is now one of the most successful networking technologies.

Many companies have been successful delivering products based on standard, interoperable components, so why wouldn’t we assume the smart grid would be the same?

One of the best examples in the smart grid industry is given by advanced metering infrastructure (AMI), which features two-way communications down to the electricity, gas, heat or water meter. AMI enables utilities to measure, collect and analyze energy and water usage either by request or on a schedule.

From hardware to software and applications, most systems are not completely built on interoperable and standard components. When AMI system providers began designing products, the technologies were created without consideration of standards and interoperability and were made to accommodate the needs of a specific utility. Solutions for energy and water utilities have been traditionally vendor-specific. 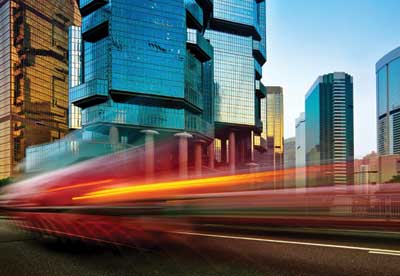 The utility industry is becoming more advanced, expansive and interoperable. For example, a typical system enables utilities to monitor electricity ­consumption based on interoperable and standardized products from the electric meter socket to the data format in the meter, followed by encryption, wireless signaling and mesh protocol to network protocol, then to the file format in the database to the analysis software. Electric meters also allow connectivity to consumer electronics devices using in-home wireless interoperable standards.

The changes happening in this industry allow innovators to develop new applications and business models that would be impossible without standard and interoperable systems. This will create more value for utilities and consumers.

Utilities also will be able to focus on their core expertise of energy management instead of having to be experts in every system component. In this new scenario, utilities won’t have to specify the meter data format, type of mesh network or type of in-home network. They can specify high-level functionalities, such as the frequency at which the data needs to be viewed, the level of security or the parameters related to energy use prediction while letting interoperable technologies meet their specific needs, regardless what they’re trying to accomplish.

This is similar to the changes that have happened in the telecommunications industry during the past 10 years, where network operators used to specify which components should be included in a specific phone. Now phone manufacturers offer phones made of standard components, and network operators can focus on network reliability and services.

Standard components will find their way in the industry, AMI manufacturers will specify and include those components in their systems, and utilities will drive use cases and metrics—not which components to be included in an AMI system.

If the industry can accelerate this transition, it will benefit from interoperability. Standard and interoperable systems are important to the development of new, innovative applications and business models that otherwise would be impossible. Standards also will free utilities from having to specify every system component so they can focus on the desired high-level functionalities of the system. AMI vendors should move toward standard components, resisting the temptation to hang on to proprietary solutions. The industry will gain much more by working together to achieve true interoperability.

Roberto Aiello is technology advisor at Itron, where he is responsible for emerging technologies and new business initiatives. During his career he has managed wireless research at Interval Research, Paul Allen’s technology incubator in the Bay Area and technology transfer at Disney Research. Aiello is a Lean Startup expert and serves as a mentor at startup accelerators such as Cleantech Open and Startup Weekend. 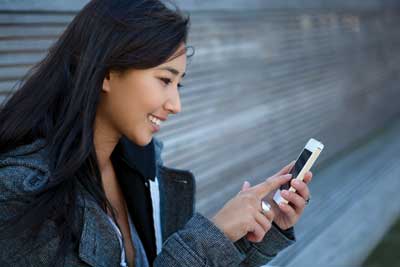