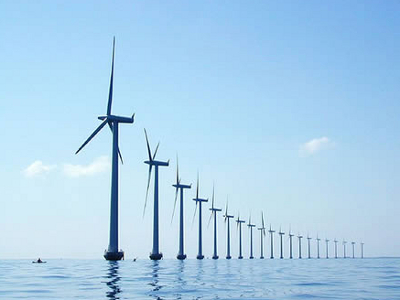 Jersey Central Power and Light (JCP&L), a subsidiary of FirstEnergy Corp. has submitted a proposal to connect clean energy generated by New Jersey’s offshore wind farms to the power grid. The plan is designed to connect future offshore wind farms while minimizing the impact on the environment and communities.

In its proposal to the New Jersey Board of Public Utilities and PJM Interconnection, JCP&L outlined a comprehensive transmission system investment program that would connect enough offshore wind energy to power nearly two-and-a-half million homes.

Energy generated from offshore wind farms would be delivered to JCP&L’s electric grid from new offshore transmission infrastructure built by Mid-Atlantic Offshore Development, LLC, a new transmission asset owned by Shell New Energies US, LLC and EDF Renewables North America. JCP&L would then carry the electricity to existing substations, where it will enter the grid.

Mid-Atlantic Offshore Development’s proposal, made in cooperation with JCP&L’s plan, is an open access solution that is scalable to meet the growing demands of the New Jersey offshore wind market, according to a press release issued by FirstEnergy. If the proposals are accepted, FirstEnergy has the option to acquire an equity stake in Mid-Atlantic Offshore Development.

“The state of New Jersey is committed to being the nation’s leader in clean energy, and we are committed to playing an important role in that, for the benefit of our customers and the residents of the Garden State,” said James V. Fakult, president of JCP&L. “By utilizing existing transmission infrastructure and rights-of-way, our plan offers a cost-effective solution that minimizes environmental and customer impacts, enhances grid resilience and was developed with the communities we serve in mind.”

In the proposal, 100% of JCP&L’s transmission involvement would use existing infrastructure or rights-of-way, resulting in no greenfield development. Existing transmission lines and substations would also be upgraded, which could enhance reliability.

If approved, JCP&L’s solution would be implemented over a period of eight years to align with the planned schedule for offshore wind procurements.

The New Jersey Energy Master Plan outlines key strategies to achieve the goal of 100% clean energy by 2050. In support of those strategies, JCP&L also has submitted a proposal for a program of incentives that will support and encourage the development of electric vehicle charging infrastructure and submitted an energy efficiency plan that would help to cut peak energy demand and reduce the energy its consumers consume, it said.