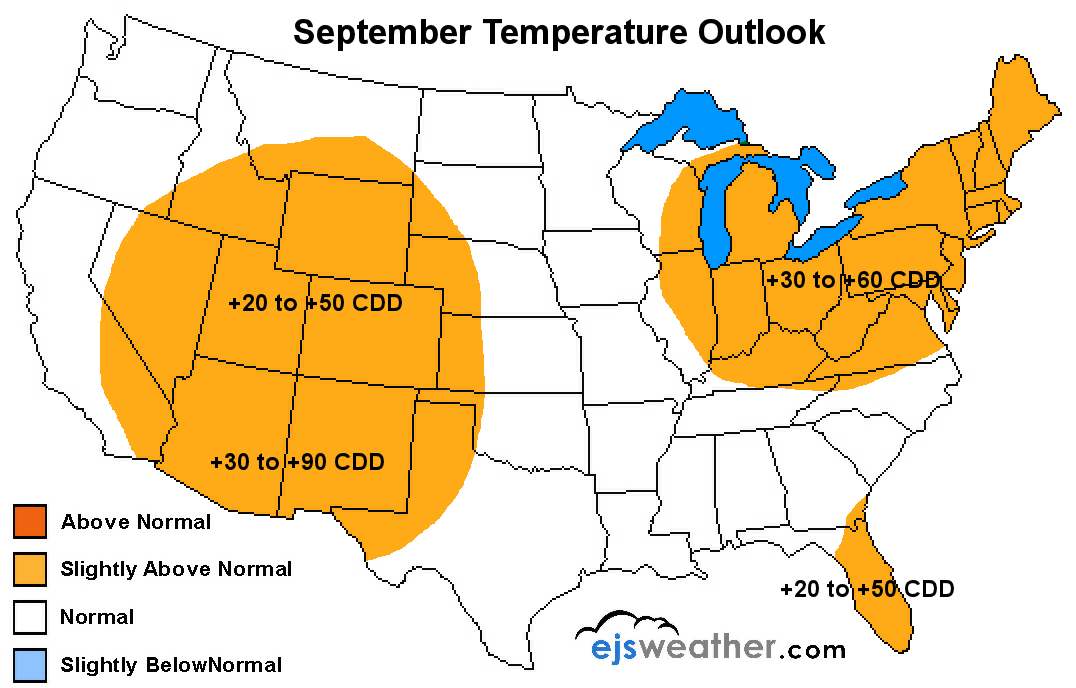 Sea-surface temperatures across much of the Equatorial Pacific Ocean continue to run close to average with some areas a little cooler than average. The ENSO phase is still neutral and is expected to remain that way through the remainder of summer into early fall. However, the latest long-range climate models indicate a 55-65 percent chance of this current neutral phase transitioning back into a La Nina phase during the mid to late fall with this La Nina persisting into the upcoming winter. This trend will have to be monitored over the next couple of months.

As for the September temperature outlook, at least slightly above normal temperatures are projected across portions of the Desert Southwest, central and southern Rockies, Intermountain West, and Great Basin regions. An additional surplus of monthly cooling degree days of between 20 and 90 is forecast through these regions of the country. The highest surplus of cooling degree days will likely be found in parts of the Desert Southwest. Parts of the Northeast, Great Lakes, Ohio Valley, Mid-Atlantic, and Florida peninsula are also predicted to see temperatures average a little warmer than average during the month of September.

A surplus of late season cooling degree days along with higher than average energy costs with respect to cooling are expected across these regions. On a whole, temperatures will likely average closer to normal throughout the Plains, parts of the Midwest, and into the Deep South in the month of September.