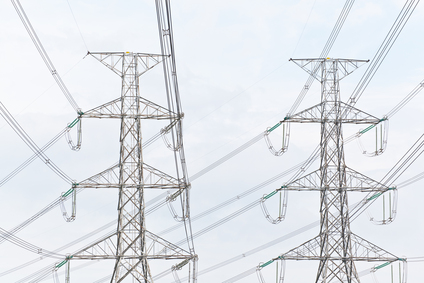 The Michigan Public Service Commission today accepted, subject to their inclusion in a final order, segments of Upper Peninsula Power Co.’s integrated resource plan while also recommending changes to the plan that marks the utility’s long-range strategy for meeting its customers’ electricity needs.

UPPCo provides electricity to about 52,000 customers in mostly rural areas of the U.P. In the order (Case No. U-20350), the commission accepts, subject to a final order, the following provisions of UPPCo’s IRP:

“- A 125 MW solar power contract that the utility presented as the lowest-cost energy supply option.
“- An increase in UPPCo’s energy waste reduction goals to 1.65 percent of total electricity sales in 2020 and 1.75 percent in 2021, up from the 1.5 percent proposed by UPPCo. Energy waste reduction helps lower costs through reductions in energy use; it’s estimated that every $1 spent on energy waste reduction saves $4 in avoided energy costs.
“- UPPCo’s proposal to allow its Hoist and McClure hydroelectric generating facilities to operate directly in the wholesale power market, which will increase UPPCo’s capacity credits with the Midcontinent Independent System Operator, the regional transmission organization. This move will increase the reported capacity of the two units by a combined 7.6 MW, benefitting customers in the form of avoided capacity cost purchases in the future.
“- In addition, the Commission accepted UPPCo’s new avoided cost pricing for small, independent power producers, known as qualifying facilities under the federal Public Utility Regulatory Policies Act, subject to updated market price estimates. The qualifying facilities supply power to UPPCo under contract.

The commission, among other concerns raised, said it expects a more robust discussion of alternatives. That could include minimizing the overall costs and bringing about economies of scale by potentially co-locating such a unit or otherwise partnering with a fellow U.P. utility whose customers also would benefit from the electricity produced. The commission said that, given relatively high rates in UPPCo’s service territory and costs that would be paid solely by UPPCo’s ratepayers, it was not persuaded that the RICE unit is warranted at this time.

The commission’s order also recommends that UPPCo’s IRP remove a financial compensation mechanism the utility had proposed as an incentive in conjunction with its proposal for the 125 MW solar power purchase agreement.

IRPs are electric utilities’ long-range plans for meeting customer needs for the next 5, 10 and 15 years. IRPs are required under Michigan’s 2016 energy laws to ensure a transparent and holistic view of electricity options that consider supply diversity, reliability, costs, the environment and other factors.