The Midwest Independent System Operator Inc. (MISO) and its members have achieved a milestone in their three-year smart grid program to install synchrophasors across the region, integrating 44 at strategic points along the regional transmission network. The $34.5 million program is funded partly by $17.3 million in American Recovery and Reinvestment Act of 2009 stimulus funds awarded by the Department of Energy (DOE) to modernize the nation’s electrical grid.

Representatives from the DOE’s Office of Electricity Delivery and Energy Reliability, which manages the $3.4 billion Smart Grid Investment Grant (SGIG) program, visited MISO in May to review progress on the first round of deployment of the phasor measurement units (PMUs). The synchrophasor program began March 30, 2010, and aims to deploy 165 PMUs at strategic substations in the MISO region.

Synchrophasors will allow MISO’s grid operators to view vital measurements of real-time system conditions at a detailed level previously impossible to reach. PMUs collect data 30 times every second—faster than the previous once every 4 seconds.

MISO ensures reliable operation and equal access to high-voltage power lines in 13 of the United States and the Canadian province of Manitoba. MISO was approved as the nation’s first regional transmission organization in 2001.

Whether to expand to meet rising electricity demand, integrate renewable energy sources or modernize, shareholder-owned electric companies will invest at least $61 billion (nominal dollars) in transmission infrastructure improvements by 2021, according to EEI’s March 2011 report “Transmission Projects: At A Glance.” This spending estimate, derived from a sampling of more than 100 transmission projects planned or underway, will be on top of the nearly $55 billion (2009 dollars) EEI members spent on the nation’s grid between 2001 to 2009.

The new EEI report, while not presenting a comprehensive compilation of every project being undertaken by its members, offers a detailed look at transmission projects underway across the country.

Interstate projects featured in the EEI report—those involving entities at the federal, state and local levels—represent an investment of $41.1 billion (nominal dollars) and will account for some 8,300 miles of new transmission lines. 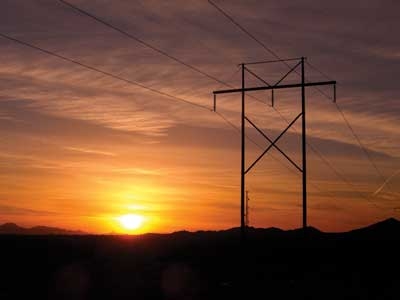 These projects will represent 11,400 miles of new transmission.

Transmission lines that are being added to expand the use of renewable energy sources include the Northeast Energy Link from Maine to Massachusetts, the Northern Pass Transmission Line project between Quebec and New Hampshire, the Kansas V-Plan and Green Power Express projects in the Midwest, and the Tehachapi Renewable Transmission Project and Canada-Pacific Northwest-California Transmission Project in the West.

These types of projects reflect a transmission investment cost of $15.5 billion (nominal dollars) for the addition or upgrade of 3,600 miles of transmission.

Some examples include the Susquehanna-Roseland 500-kV transmission line and the New England East-West Solution projects in the East, Rockdale-West Middleton and Dubuque County-Cardinal in the Midwest and the San Joaquin Cross Valley Loop Transmission Project in the West.

The representative projects presented in the EEI report also include nontransmission line projects.

The projects sampled in the nontransmission line category comprise the investments EEI members are making in smart grid-related projects, as well.

Although a transmission project might be intended for a particular primary purpose, it typically has the potential to provide many other benefits.

Therefore, most projects in the EEI report are multifaceted: They fall into more than one transmission investment category.

For its representative transmission system projects, the EEI report focuses on projects completed in 2010 or that will be finished by 2021.

Along with an overview of the profiled companies’ transmission projects, the report includes a brief profile of each EEI member company surveyed for the report, as well as information about the representative projects, including a project map, brief description, estimated cost, status, potential partners and intended benefits.

James Fama is vice president of energy delivery at Edison Electric Institute. Get a free copy of EEI’s “Transmission Projects: At A Glance, March 2011″ at http://eei.org/ourissues/electricitytransmission /pages/transmission projectsat.aspx. 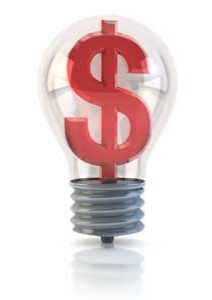 Using TV white space in the smart grid area can improve supervisory control and data acquisition (SCADA) applications, and upgrades can be deployed economically. In addition, a TV white space network delivers real-time broadband connectivity to remote substations and switchgear, providing operators with the real-time information and diagnostic tools needed for rapid decision-making. Operators can remotely check power flows and the status of breakers, allowing them to isolate problems on the grid, take corrective action and restore service quickly.

One example of using TV white space includes the Plumas-Sierra rural electric co-op. The more than 6,000 users in three remote, mountainous counties in northern California recently participated in a trial using this technology with excellent results. Despite rugged terrain, the co-op deployed a cost-effective smart grid upgrade to manage its electricity supply and demand and to improve SCADA with its substations. This successful trial used a new TV white space radio engineered by Carlson Wireless Technology Inc.

CEO Jim Carlson has been developing his RuralConnect IP product, a TV white space user, for two years and encouraged the Federal Communications Commission to approve the use of the unlicensed TV white space spectrum.

The benefits include real-time system monitoring, automation on many critical circuits and effective consumer participation, which will provide better overall reliability and efficiency for the foreseeable future.

It remains challenging to enhance reliability, quality and value across a grid that serves more than 775,000 customers in Oklahoma and western Arkansas.

OG&E expects to complete the rollout to its entire service area by 2012.

Got a technology snapshot of a utility or vendor partner you’re working with? Send 200-250 words on the project, technology involved, partners and expected completion date to Senior Editor Kathleen Davis at kathleend@pennwell.com.

When people get upset or afraid, often the first casualty is perspective. 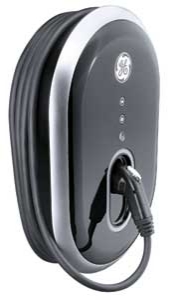 Some critics say they are electromagnetically sensitive.

Others say smart meters could compromise their privacy or serve as surveillance systems.

When people are afraid, it’s important to investigate what concerns them to determine whether their fears are warranted and, if so, which responses might be most useful.

Scientists have done that repeatedly regarding fears of possible health effects from radio frequency (RF) emissions from smart meters.

Numerous scientific studies have addressed this issue. Most recently, the California Council on Science and Technology issued a report on this topic.

The result: A large body of research from several respected scientific organizations dating back many years found no evidence of health effects from smart meter emissions.

Health concerns about smart meters from the public and media about are puzzling, given evidence from the scientific community.

Yes, it is important to respect people’s genuine concerns, especially about health and privacy.

But should it be national news when a tiny minority in two parts of the nation voices fears that are not backed by evidence?

To put smart meters in context:

Smart meter opposition might be newsworthy, but given the context, it might be helpful to frame opposition stories differently.

When news coverage focuses on point-counterpoint reporting about unsupported claims by a few opponents, it can magnify critics and seem as though their arguments deserve equal weight.

In a Feb. 1 follow-up to her original article on northern California smart meter opposition, Barringer asks, “Are We Hard-Wired to Doubt Science?”

She writes, “Some very intelligent people I interviewed [for the first article] had little use for the existing ” science. How, in a rational society, does one understand those who reject science, a common touchstone of what is real and verifiable?”

Too often the temptation of telling a dramatic story takes over. Rather than explain a controversy’s place in a complex big picture and track down whether complaints have merit, it’s easier to tell a punchier story by narrowing the focus to a he-said-she-said disagreement.

This problem plagues all science-related controversies, most visibly in climate change coverage.

The ingrained newsroom reflex to get quotes from both sides tends to make climate change naysayers appear more numerous or influential than is the case in the scientific consensus.

For more than a decade this journalistic quirk effectively misrepresented the scientific view on climate change, which helped sway public opinion and hinder policy action.

It even threatens the teaching of evolution in biology classes. Those who favor Creation Science, which is supported by no scientific evidence, often say they merely are asking for equal time.

Smart meters are a crucial part of making our electrical grid smarter and more efficient.

This is needed to achieve renewable energy targets, reduce the risk of large-scale blackouts and enhance energy independence by providing needed flexibility in how we generate, distribute and use electricity.

If we want to keep the lights on long term, updating the U.S. power system is necessary.

It’s worthwhile to debate how this can happen, but it’s helpful to keep such debates and the inevitable controversies in perspective.