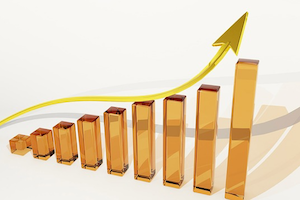 More electric utilities filed rate cases with their state regulators last year than at any other time in the previous 35 years, according to a new report from the U.S. Energy Information Administration.

EIA data shows that 83 utilities–more than half of all major U.S. electric utilities–sought rate changes in 2018. This was the highest number since 1983.

Of those rate changes, only 10 proposed to reduce rates, while all but one of the rest sought increases. Why? The dominant factor, according to the EIA, was higher spending for transmission and delivery, as opposed to generation costs.

Last year, the federal energy datakeeper noted that spending on U.S. electric distribution systems had risen 54 percent over the past two decades, from $31 billion to $51 billion annually. Transmission had similar capital needs as utilities focus on grid modernization to deal with the growth in renewable energy resources and fears of dealing with outages from weather disasters.

And apparently this overhaul comes not a moment too soon, considering a U.S. Department of Energy report only four years ago. At that time, 70 percent of power transformers were 25 years or older, while 70 percent of transmission lines were a quarter-century or longer.

U.S. electric utilities requested close to $7 billion in rate increases, which is more than most years recently but far from the peaks of more than $10 billion around 2010 and in the 1980s. Regulators approved about $3 billion, or less than half of the amount requested through filings.

(Rod Walton is content director for Power Engineering and POWERGEN International, which will be Nov. 19-21 in New Orleans. He can be reached at 918-831-9177 and rod.walton@clarionevents.com).