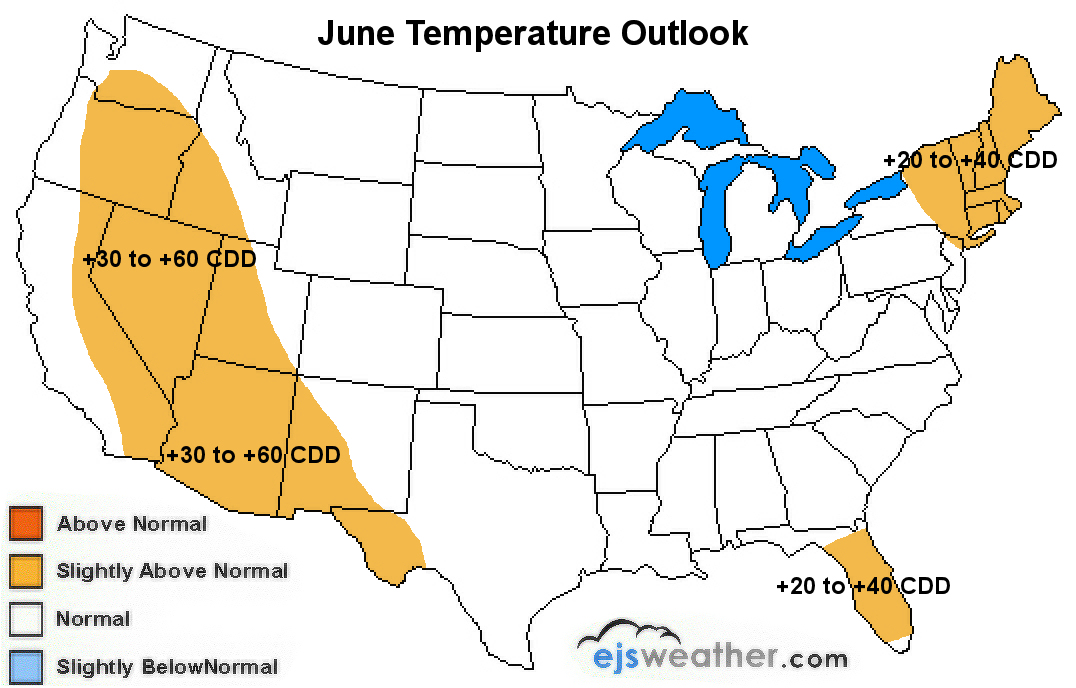 Sea-surface temperatures across much of the Equatorial Pacific Ocean continue to run near to slightly warmer than average. As a result, the ENSO phase remains mostly neutral with perhaps a slight lean toward a weak El Nino.

The latest long-range climate models indicate that this trend will persist through the summer season. As for the NAO (North Atlantic Oscillation), after a brief period of going negative, the index has reverted back to being positive over the last week or so. Forecast models suggest that the NAO may stay mainly positive over the next month.

Based on these two factors, slightly above normal temperatures are forecast across portions of the Pacific Northwest, Great Basin, Intermountain West, and Desert Southwest during the month of June. Also, parts of the Northeast and the Florida peninsula may see slightly warmer than normal temperatures as well.

A surplus of monthly cooling degree days of between 20 and 60 is projected throughout these regions of the country. Energy costs with respect to cooling will also likely be slightly higher than normal across the regions during the month of June.

Much of the rest of the United States is forecast to see temperatures that on a whole average closer to normal in June. It should be noted that slightly below normal temperatures cannot be ruled out across parts of the north-central Plains and upper Midwest, but confidence in this outcome is not high enough at this time.