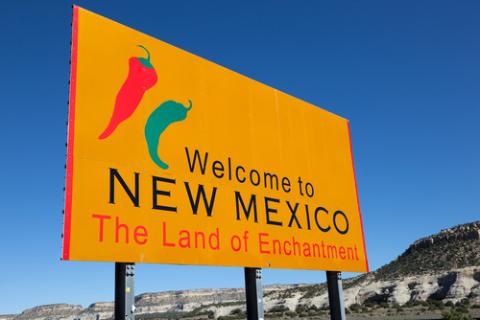 ALBUQUERQUE, N.M. (AP) — New Mexico regulators heard from dozens of people Tuesday as they began considering proposals by the state’s largest electric utility to replace the power that will be lost with the planned closure of the coal-fired San Juan Generating Station in 2022.

The hearing before the Public Regulation Commission will stretch into next week, but it could be months before a decision is reached as other aspects of the case are in limbo.

The commission opted last year to consider a portion of Public Service Co. of New Mexico’s application as part of an ongoing case that involved abandonment of the power plant, raising questions as to whether the state’s new Energy Transition Act can be applied to the decision-making process since it took effect after that case began.

The latest round of hearings involves how the utility plans to provide electricity to its customers once San Juan is shuttered. PNM contends the least costly option for customers involves a mix of solar, wind, natural gas and battery storage. Critics say natural gas plants would also have to close eventually if PNM wants to meet its goal and state mandates of being emissions-free in a couple decades.

New Energy Economy, one of the groups critical of the utility, has filed a motion seeking to suspend the proceedings over the replacement power. The Santa Fe-based group argues that the alternatives proposed by the utility and their respective price tags are no longer viable for consideration since they are outdated.

“A comparison of alternatives allows you to protect against wasteful expenditures,” said Mariel Nanasi, the group’s executive director. “This is another attempt to manipulate the procedural process.”

The utility last fall said it recalculated costs and benefits associated with San Juan’s planned closure and filed corrected paperwork with state regulators after finding a modeling error in the four proposed scenarios.

The new modeling showed monthly savings for the average customer would be less — $6.87 instead of $7.11 — if regulators go with the utility’s preferred option. The cost of that plan is about $4.6 billion.

The other alternatives address different public preferences, including two that would eliminate new natural gas generation entirely and one that relies almost entirely on a new natural gas plant located in San Juan County. That option would allow the utility to offset the economic effects of closing the plant by offering some new jobs and property tax income.

Some elected officials in San Juan County are fighting to keep the plant open as part of a proposed carbon-capture venture.

Coal miners and other employees who will be affected were among the environmentalists who packed the hearing Tuesday.

Environmentalists, consumer advocates and others say this is a watershed case that will determine how New Mexico implements the Energy Transition Act, and some are banking on regulators maintaining their authority to ensure shareholder interests are balanced with those of customers and the environment.

Ben Shelton, the political and legislative director of Conservation Voters New Mexico, said the energy act provides the blueprint by requiring emissions-free electricity by 2045. PNM has vowed to meet that goal by 2040.

“This is our moment to ensure that New Mexico’s grid shifts from fossil fuels to clean, renewable energy like wind and solar,” he said.