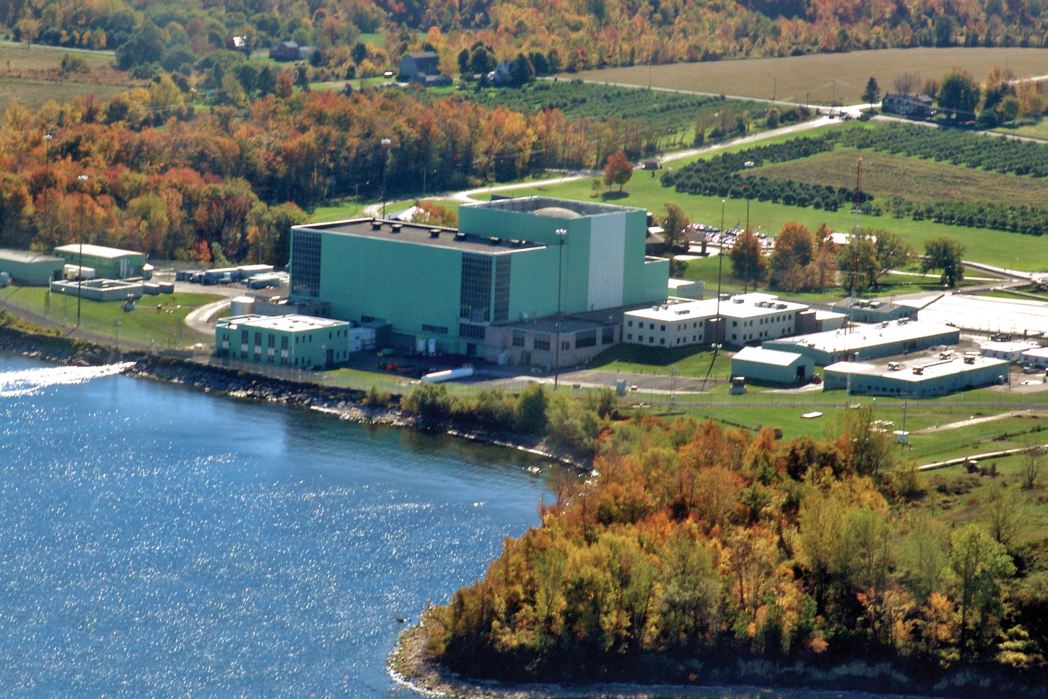 Exelon Corp. said in its Aug. 9 quarterly Form 10-Q report that the New York ISO has said its doesn’t need the Ginna nuclear plant operating beyond March of next year for grid reliability purposes.

In November 2014, in response to a petition filed by its Ginna Nuclear Power Plant subsidiary regarding the possible retirement of Ginna, the New York Public Service Commission (NYPSC) directed Ginna and Rochester Gas & Electric (RG&E) to negotiate a Reliability Support Services Agreement (RSSA) to support the continued operation of Ginna to maintain the reliability of the RG&E transmission grid for a specified period of time. During 2015 and 2016, Ginna and RG&E made filings with the NYPSC and the Federal Energy Regulatory Commission for their approval of the proposed RSSA. Although the RSSA was still subject to regulatory approvals, in April 2015, Ginna began delivering the power and capacity from the Ginna plant into the New York ISO market consistent with the technical provisions of the RSSA.

On March 22 of this year, Ginna submitted a compliance filing with FERC with revisions to the RSSA requested by FERC. On April 8, FERC accepted the compliance filing, and on April 20 the NYPSC accepted the revised RSSA. Because all regulatory approvals for the RSSA have now been received, Exelon Generation began recognizing revenue based on the final approved pricing contained in the RSSA. Exelon Generation also recognized a one-time revenue adjustment in April 2016 of about $101 million representing the net cumulative previously unrecognized amount of revenue retroactive from the April 1, 2015, effective date through March 31, 2016.

The RSSA approved by the regulatory authorities has a term expiring on March 31, 2017, subject to possible extension in the event that RG&E needs additional time to complete transmission upgrades to address reliability concerns. In March of this year RG&E notified Ginna that RG&E expects to complete the transmission upgrades prior to the RSSA expiration in March 2017 and will not need Ginna as an ongoing reliability solution after that date.

If Ginna does not plan to retire shortly after the expiration of the RSSA, Ginna is required to file a notice to that effect with the NYPSC no later than Sept. 30, 2016. Under the terms of the RSSA, if Ginna continues to operate after June 14, 2017, Ginna would be required to make certain refund payments up to a maximum of $20 million to RG&E related to capital expenditures. The approved RSSA requires Ginna to continue operating through the RSSA term.

Said the Exelon Form 10-Q: “There remains an increased risk that, for economic reasons, Ginna could be retired before the end of its operating license period in 2029 if an adequate regulatory or legislative solution is not adopted in New York. In the event the plant were to be retired before the current license term ends in 2029, Exelon’s and Generation’s results of operations could be adversely affected by the accelerated future decommissioning costs, severance costs, increased depreciation rates, and impairment charges, among other items.”

The key to Ginna’s long-term operation is the fact that on Aug. 1, the Clean Energy Standard (CES) was approved by the NYPSC, a component of which includes creation of a Tier 3 Zero Emission Credit (ZEC) program targeted at preserving the environmental attributes of zero-emissions nuclear facilities that meet the criteria demonstrating public necessity as determined by the NYPSC.

The New York State Energy Research and Development Authority (NYSERDA) will centrally procure the ZECs from eligible plants through a 12-year contract, to be administered in six two-year tranches, extending from April 1, 2017, through March 31, 2029. ZEC payments will be made to the eligible resources based upon the number of MWh produced, subject to specified caps and minimum performance requirements. The price to be paid for the ZECs under each tranche will be administratively determined using a formula based on the social cost of carbon as determined by the federal government. Following the first tranche, the price will be updated bi-annually.

Each Load Serving Entity (LSE) will be required to purchase ZECs equivalent to its load ratio share of the total electric energy in the New York Control Area. Cost recovery from ratepayers will be incorporated into the commodity charges on customer bills. The CES initially identifies the three plants eligible for the ZEC program to include, for now, the FitzPatrick, Ginna, and Nine Mile Point nuclear facilities. The program specifically provides that Nine Mile Point Units 1 and 2 qualify jointly as a single facility and if either unit permanently ceases operations then both units will no longer qualify for ZEC payments for the remainder of the program. Additionally, the duration of the program beyond the first tranche is conditional upon a buyer purchasing the FitzPatrick facility and taking title prior to Sept. 1, 2018.

Ginna is a 581-MW, single-unit pressurized water reactor located in Ontario County, New York. Prior to expiration on June 30, 2014, Ginna operated under a purchase power agreement with RG&E for a majority of its energy and capacity. Upon expiration, the Ginna Facility became a fully-merchant generator in the wholesale markets.