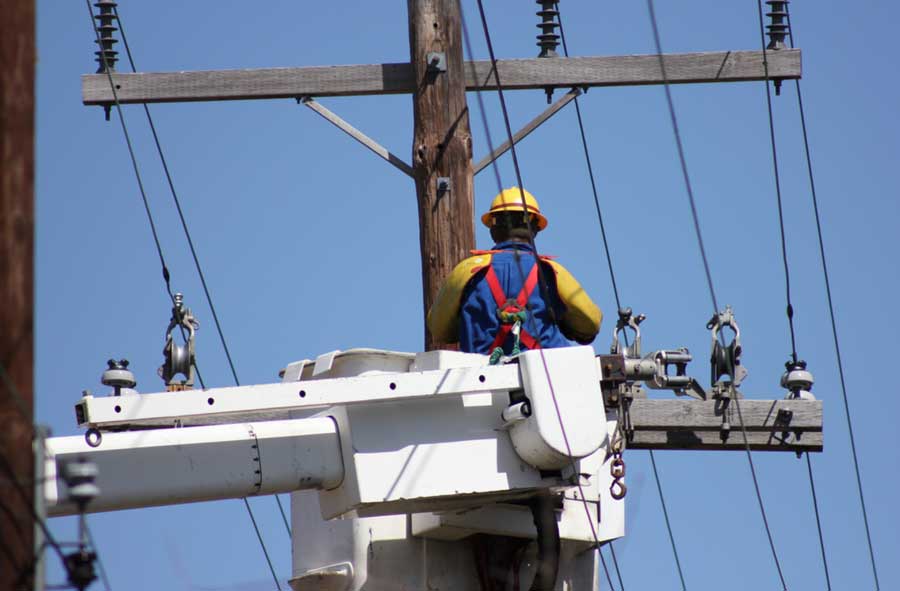 The New York Power Authority, along with our New York State Utility partners, has reviewed and updated its mutual assistance protocol in advance of the winter storm season.

The update further details and strengthens the escalation of requests and coordination of mutual assistance resources with the electric industry national mutual assistance programs, which bring resources throughout the United States to New York in the event of widespread electric outages.

“With storms seemingly becoming more severe and frequent, it is critical that we’re unified and prepared to recover from them quickly,” said Gil C. Quiniones, NYPA president and CEO. “The updated mutual assistance protocol and new MOU improve the ability of NYPA and the other utilities in New York State to respond effectively and efficiently during emergency situations.”

The updated protocol outlines the escalation of unmet needs to the American Public Power Association (APPA) national mutual assistance program. It will provide NYPA and the State of New York with an expanded pool of resources from municipal utilities across the country, including NYPA’s existing customers from the neighboring states of New York.

NYPA has also entered into a Memorandum of Understanding with the Electricity Distributors Association (EDA), which advances the interests of Ontario’s locally-owned electricity distribution companies. The MOU provides a mechanism to facilitate communication of cross-border assistance requests initiated by the utilities. EDA is the trusted and vital source for advocacy, insight and information for Ontario’s local electricity distributors, the municipally and privately-owned companies that safely and reliably deliver electricity to millions of Ontario homes, businesses and public institutions.

“The American Public Power Association’s mutual aid program is honored to be a component of NYPA’s mutual aid planning,” said the Association’s Senior VP of Engineering Services Mike Hyland. “Public power’s vast network of utilities has a long and successful history of meeting the needs of the electric utility industry during mutual aid events.”

“We’re proud to be part of a mutual-assistance network with our neighbors in New York”, said Teresa Sarkesian, president and CEO of EDA. “Our member utilities have a long-standing history of assisting communities in need, on both sides of the border. They stand at the ready to serve, and EDA is pleased to be able to help make this happen when needed.”

“We recognize the importance and support the work between public utilities, the state’s investor-owned utilities and municipal and cooperative electric providers to improve and update their mutual aid response protocols.” said Commission Chair John B. Rhodes. “The past few years have shown us that storm preparation is vital to protect New Yorkers throughout periods of extreme weather.”

“It is critical for utilities to rely on each other during times of crisis to ensure an expedited response,” said Michael Kopy, New York State director of emergency operations. “These enhanced measures, spearheaded by the New York Power Authority, will help to ensure New York responds quickly and effectively following devastating storms.”