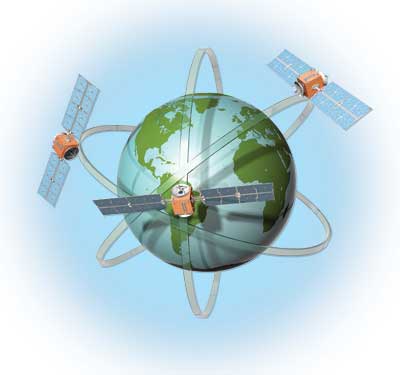 Satellite communications, often referred to as VSAT (very small aperture terminal), has enabled utilities around the globe to expand their network reach rapidly as they develop the smart grid. Worldwide, governments are mandating that utilities secure their operations, manage energy efficiently and ensure business continuity.

In Brazil, utilities must meet new government laws and mandates from industry regulators such as ANEEL, the Brazilian electricity regulatory agency. Effective January 2013, the Brazilian government passed law code MP 579, which is aimed at lowering electricity costs through more efficient operations. For example, ANEEL mandated an implementation of advanced metering infrastructures (AMIs) in all residential areas to improve energy monitoring.

To comply with similar regulations, utilities in North America and Europe have turned to VSAT technology. Internet Protocol (IP)-based VSAT systems enable utilities to extend the smart grid anywhere it is required and expand connectivity across multiple utility operations over 100 percent of their coverage area. They also can comply with government-issued smart grid initiatives, such as setting up high-definition cameras and creating virtual private networks (VPNs) for security and offering a backup communications solution for business continuity.

Utilities that have made advancements in the smart grid have discovered VSAT technology is essential. Utilities in Brazil can strengthen their operations by following suit.

Utilities in Brazil use fiber for a portion of their networks, yet a significant number of remote utility substations, such as those in northern Brazil, are unable to be connected because of distance and environmental challenges. Investing more in fiber to reach these locations would be costly. Microwave links are unreliable because of line-of-site constraints.

By contrast, VSAT networks can provide immediate, ubiquitous coverage to all substations and power generation sites. This solves the challenge of running costly fiber or building expensive towers for microwave radio links.

VSAT networks can run broadband applications such as video and voice over IP reliably and efficiently while maintaining supervisory control and data acquisition (SCADA) connectivity at these sites. VSAT also can support real-time data exchange, as well as extend high-speed networks or VPNs to enable secure file transfer, video or similar broadband services.

To improve energy monitoring, utilities are deploying smart meters and sensor devices across the smart grid to monitor operational priorities such as energy distribution and fault detection along distribution lines. Utilities then must aggregate this data to gain real-time visibility into all areas of the distribution networks. VSAT can backhaul data efficiently from AMI concentrators and distribution automation networks to operation centers regardless of location.

VSAT can be a mobile solution and a backup solution when terrestrial communications networks fail. VSAT is independent of terrestrial infrastructures. When a primary network goes down, VSAT can handle data, voice and video connectivity in any location. VSAT remotes even can be mounted on a vehicle or trailer to provide temporary connectivity to remote substations and emergency response personnel.

Understanding the Value of Satellite

Reliability. A primary misconception is that satellite does not have the reliability to run core operations with the same quality as terrestrial networks; however, recent innovations have allowed VSAT to provide highly reliable network connectivity.

First, VSAT is a private network, which means it is reliable and secure. Next, second-generation Digital Video Broadcasting Standard (DVB-S2) in combination with adaptive coding and modulation (ACM) and uplink power control (UPC) and adaptive time division multiple access (TDMA) have boosted performance on the outbound and inbound channels.

Latency. There is a misperception that satellite has too much latency to support critical applications such as SCADA. While terrestrial latency is minimal, VSAT”s latency, approximately 600 to 700 milliseconds roundtrip, is suitable for most utility application, including SCADA, substation automation, distribution automation, smart meter backhaul, voice and video.

Cost. IP satellite platforms traditionally are seen as too costly. Extending high-speed broadband and advanced communications applications to the most remote locations with VSAT, however, allows utilities to cover their entire service territories. VSAT can be more cost-effective than other core network technologies.

For lower capital costs, a utility could fully outsource its satellite capacity, allowing a service provider to configure and manage the network at an operational amount that’s competitive with monthly cellular costs.

Security. Utilities might think satellite is not secure, but VSAT platforms, which are configured as a closed VPN, are secure. Adding support for concurrent two-way Advanced Encryption Standard 256-bit link encryption makes packet transmission via satellite as secure as other communication technologies, including terrestrial and wireless.

For example, virtual local area networks (VLANs) allow users in a broadcast domain to be grouped together logically and not physically. Satellite supports VLAN tagging, which requires permission to access the network. This guards against outside attacks and makes IP-satellite more secure than Wi-Fi.

Satellite communication is needed to advance the smart grid. No longer challenged by initial latency or reliability challenges, satellite is a cost-effective and secure solution that can provide backup communications and easily support core smart grid and distribution automation applications. That should spark some interest for Brazilian utilities.

Alexandre Gonàƒ§alves is a systems engineer with iDirect based in Rio de Janeiro. He is iDirect’s resident technical expert in the Latin America region, where he is responsible for designing satellite-based IP networks, equipment demonstrations and lab-testing network solutions. Prior to joining iDirect, Gonàƒ§alves was a technical support director with Intercel Telecoms. He has worked in the IT engineering and satellite communications industries more than 11 years. He has a bachelor’s degree in computer science from DeVry University and is fluent in Portuguese, Spanish and English.