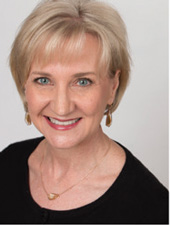 At the IEEE PES T&D Conference and Expo in Dallas a few weeks ago I attended an educational session in which the panelists discussed grid reliability vs. grid resiliency. Although the two terms often are used interchangeably, they are not the same. Grid reliability is commonly defined as the ability of the electric power system to deliver electricity in the quantity and with the quality demanded by end-users. Resiliency is the ability for the electric power system to withstand and recover from extreme, damaging conditions, including weather and other natural disasters, as well as cyber and physical attacks. While the two are different, resiliency directly impacts reliability.

I live in Oklahoma and this time of year it’s easy for me to understand the need for a resilient grid. Spring in Oklahoma reminds me of just how destructive Mother Nature can be. As of June 1, 49 tornados had been recorded in Oklahoma-the state averages 55.8 tornadoes per year.

I needed only to look at today’s top news headlines to be reminded, however, that Oklahoma doesn’t have a corner on the extreme weather market. As I write this, much of southeast Texas is experiencing floods like none seen before, and forecasters are predicting several more days of heavy rain. In addition, this is the first day residents of the Canadian oil city of Fort McMurray are being allowed to return home after a massive fire, fueled by drought-stricken vegetation and high winds, destroyed more than 2,400 homes and buildings in that city. The fire, which began on May 3, has burned nearly 1.3 million acres and is still burning. Residents of Fort McMurray, who were evacuated in mid-May, could not return until critical infrastructure, including the electric grid, was repaired.

It is one thing to build and invest in a grid that can operate reliably under normal or even nominally extreme conditions, but it is entirely another thing to create a grid that can recover from, let alone withstand, the forces of events like these I’ve mentioned.

There’s no question that a more resilient grid is needed. Customers, consumer groups, politicians and regulators have been speaking out about it for some time. But, as one person mentioned during the session I attended, investing in the grid so that it will be prepared for an event that might not occur for 20 years or more, puts grid owners and operators in a difficult position.

Society wants the assurance that the grid will hold up in extreme conditions, but are the same organizations that are speaking out about creating a resilient grid ready to pitch in and pay for something that might never be needed?