NERC released an industry alert on Oct. 7, 2010, identifying possible discrepancies between as-designed and as-built conditions of transmission lines. For example, the use of ruling span approximation between dead ends can lead to a discrepancy. Those discrepancies, however, can often be resolved with use of readily available technology.

Ruling span is an approximation which considers the tension in each span between dead ends to be equal. This approximation is reasonable for normal temperature operation in reasonably flat terrain where span lengths tend to be consistent. It fails, however, to predict conductor sag accurately under high temperature operation or where there is a large variation in span length through the section. In the case of older installations it was common for a single ruling span to be applied to the whole line. In this case it serves to magnify the drawbacks inherent with the ruling span approach. 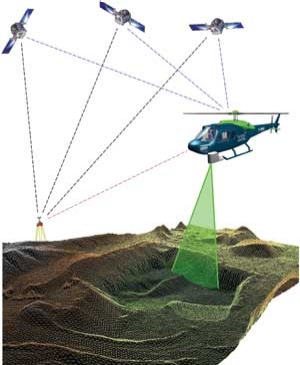 High temperature operation/annealing can affect the mechanical properties of some conductor systems (such as all aluminum conductors) and lead to increased sag (and hence reduced clearances). On non-homogenous conductors, such as ACSR (aluminum conductor, steel reinforced), high temperature operation may also involve operating above the “knee point” of the stress/strain graph where the aluminum goes into compression. Both can be modeled, however, in PLS-CADD (power line system-computer aided design and drafting) to accurately depict the effects of these conditions on clearances to ground and underlying objects.

In some cases, site modifications may not be reflected in the design documentation. During the construction of lines, decisions were often taken to move the station of a structure—10 feet for example, to avoid a boulder or other difficult ground conditions. In a large number of cases this information was either never recorded on the design drawings or was marked as a change but never re-engineered to check clearances or validate ratings. The same situation may be produced where poles or towers have been replaced due to storm damage, or conductors replaced.

Furthermore, the development of new land uses along a right-of-way (ROW) may have changed the required minimum clearances of the transmission line and therefore invalidated the design ratings. For example, it is possible new buildings may have been constructed close to the line or that areas once accessible only to pedestrians are now regularly accessed by vehicles.

Crossing lines are often added or moved/modified in the ROW or at street crossings, and these may invalidate ratings if not reviewed for potential clearance violations.

Furthermore, the weather can also contribute to variations. For example, extreme wind and/ or ice loading can cause a conductor to sag more than predicted, thereby reducing available clearances and invalidating design ratings.

Using traditional survey techniques, profiles were taken at each point of discontinuity along the center line, on average one point every 10, 20 or more feet. Significant differences right and left of center line would be picked up as “side profiles.” These side profiles were often not under the actual outside phases and may not have considered clearances under blown out conditions. LiDAR (light detection and ranging) survey techniques, explained below, will pick up tens of thousands of points in each span, precisely identifying all objects within the ROW. The actual clearances immediately under the left and right circuits or phases are particularly affected and may be considerably different to those as designed.

Aerial LiDAR is a rapid airborne surveying technique that is used to capture large swaths of topographic data and surface features as a digital 3-D model. The speed of survey is typically 75 to 100 miles per a day using a helicopter acquisition platform, and only one technician is required to operate a base station within each 15 mile radius of the survey area. LiDAR collects high accuracy and high resolution data indiscriminately for the survey area, with survey point densities in excess of 20 points per square meter. With adequate ground control, the absolute accuracy of a single geo-referenced point will be less than 0.33 feet. The relative accuracy between two points will be even greater.

Features within the LiDAR data—ground, vegetation and terrain features such as water bodies and objects occupying the terrain such as roads, transmission structures, and conductors—are coded so that the computer can discriminate between these features and their assigned clearance radii. The data is then rapidly imported into PLS-CADD for engineering design applications. The as-surveyed conductor location is captured during the survey and used for modeling conductor location in PLS-CADD. The as-surveyed conductor temperature is calculated from readings taken from a local weather station, a meteorological data logger onboard the aircraft and line load data and then added to the PLS-CADD model before the line is sagged to maximum operating temperature (see lead art for this story for an example of an aerial LiDAR system).

Once the LiDAR survey has been used to model the line in PLS-CADD, the steady state and transient ratings can be determined for any given condition. The steady state rating is based upon the maximum allowable operating temperature (long term emergency rating or LTE), which is determined by a thermal rating report in PLS-CADD. The transient temperatures (short-term emergency ratings or STEs) are based upon the heating curve from ambient to maximum allowable over time (see Figure 1). 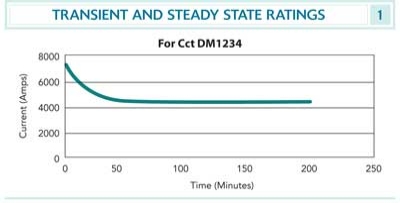 To take advantage of a dynamic ratings approach it is only necessary to modify the input variables for weather and temperature. The software can produce graphs for any number of conditions, thus determining ratings under a range of operating and weather conditions.

Additionally, aerial LiDAR is superior to ground based visual clearance assessments in terms of accuracy, coverage and speed. While it is time consuming to take a single point measurement using conventional techniques, the latest aerial LiDAR sensor will emit 200,000 pulses for range measurement every second. The coverage will be indiscriminate and record survey points for the entire ROW and all objects that occupy the ROW, capturing objects that may not appear to be a potential hazard upon visual inspection.

Visual and photographic aerial patrols suffer from similar limitations to that of conventional ground survey as they rely on the subjective interpretation of a conductor position and whether any objects within the ROW are truly infringing. While they will provide a more rapid means of inspection than ground based point measurements, and aerial photographs will provide a record of the patrol, they will suffer from the inability to take accurate measurements of the conductors and infringing ground or features.

Conventional survey approaches are inherently subjective, as they rely on an initial visual interpretation best estimate of the distance between two objects that are unlikely to be at their minimum distance apart, due to thermal variation and wind. Infringement locations will be missed for this reason and due to the coarse spatial coverage of this manual technique.

The LiDAR/ PLS-CADD approach removes the subjectivity inherent in several aspects of a conventional ground or aerial survey. The complete mapping of all features in the ROW precludes the requirement for an initial judgment on whether a particular feature or ground surface may pose a threat. The PLS-CADD model is used to quantitatively determine the location of the conductor at maximum rated temperature in relation to surrounding features and terrain, before an automated algorithm detects an infringement.

The LiDAR survey provides a dataset that can be used by line engineers to identify infringements and to design solutions that remove the infringements, all fully recorded within the software (see LIDAR Derived PLS-CADD Model above).