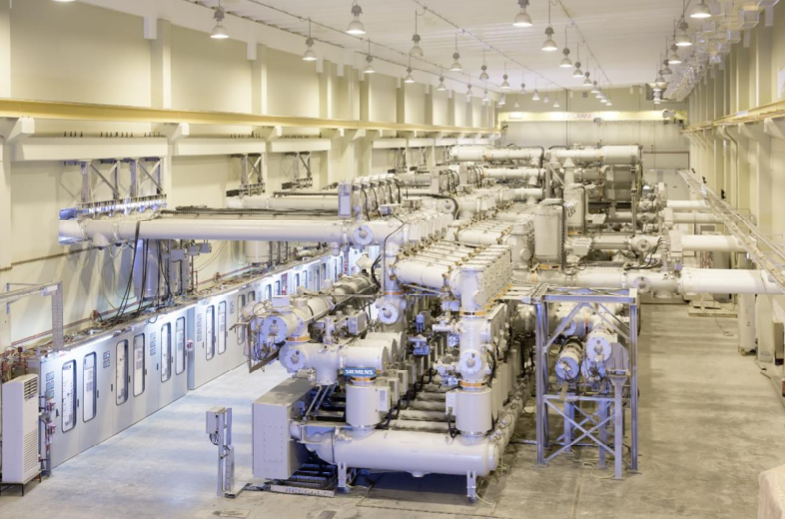 Two new gas-insulated indoor switchgear, initially with 26 panels, will boost the substation’s transmission capacity and cover the increased transport demand in the German high-voltage grid as a result of the transition to a new energy mix.

In the future, it will thus be possible to transport large quantities of wind energy from northern Germany to the southern part of the country. Replacing sulfur hexafluoride (SF6) with treated air, so-called Clean Air, as the insulating medium in the bus ducts simultaneously ensures much more climate-friendly operation. The commissioning of the turnkey solution will take place in stages and be completed in 2029. The order is priced in the low triple-digit millions range.

During operation, the 400 kV outdoor switchgear with 20 panels will be gradually stripped down in the coming years. In its place, Siemens will build two gas-insulated switchgear (GIS) with 14 and 12 panels during the first expansion stage and 18 and 15 panels, respectively, in the final stage in Karlsruhe. They will more adequately meet the space requirements and simultaneously increase the transmission capacity. The GIS systems are designed specifically to meet the customer’s special availability and accessibility specifications.

Industrially treated and purified air will be used instead of SF6 as the insulating medium for the bus ducts. The Clean Air technology will be used in all of the substation’s bus ducts used for connecting overhead lines and transformers as well as in the connecting lines between the two switchgear. The compressed air-insulated components, which can also be used at high operating voltages, have significant benefits over other insulating media.

Because operation with compressed air is much more climate-friendly, the retrofitted Daxlanden substation will save about 450 million CO2 equivalents (kg). The switchgear, which emit no toxic decomposition products, can be operated with no additional measures even at extreme temperatures and if malfunctions occur. Operators no longer need to report the quantities of fluorine gas used, while at the same time the quality of service increases. The lower dielectric strength of compressed air is compensated for by appropriately adapted housing dimensions.

The transition to a new energy mix is presenting the German transmission grid with enormous challenges. While energy demand continues to grow, large power plant units in southern Germany that no longer meet the requirements must be taken off the grid.

TransnetBW GmbH is a German transmission grid operator within the EnBW Group and operates the grid in large parts of Baden-Wàƒ¼rttemberg as well as in bordering areas of neighboring states.