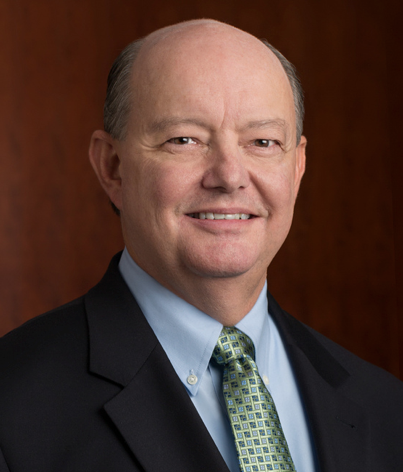 Overland Park, Kan. (27 November 2013) – Steve Edwards today became the new chairman, president and CEO of Black & Veatch succeeding Len Rodman. The formal transition occurs as Rodman retires from Black & Veatch after 42 years with the company and 15 years as CEO. During his tenure, the company further positioned itself as a world leader in Critical Human Infrastructure solutions.

“During the transition process, Steve led the company’s strategic planning initiative and the 2014 budgeting process,” Rodman said. “In addition, he met with clients, business partners and company professionals all over the world in preparation for his new role.”

Edwards becomes the seventh person to serve in the top leadership position in the company’s 98-year history.

“This is a great time for me and all our other professionals to be part of Black & Veatch and to live our company’s mission of building a world of difference,” Edwards said. “Len has provided strong leadership during his tenure, and I look forward to working with our professionals and clients in providing global energy, water, communications and security solutions.

Before becoming COO, Edwards was an executive vice president serving as executive director global EPC for Black & Veatch’s energy business. He has been a member of the company’s executive committee since 2005 and a member of the board of directors since 2012.

In addition, Edwards is actively involved in community service programs. He is a member of the Jackson County CASA (Court Appointed Special Advocates) Financial Committee. Edwards serves on the School of Computing and Engineering’s Executive Council at the University of Missouri at Kansas City. He also is a 2013 Campaign Cabinet member for the United Way of Greater Kansas City.

What would you do with an interactive model of the entire US electricity system?