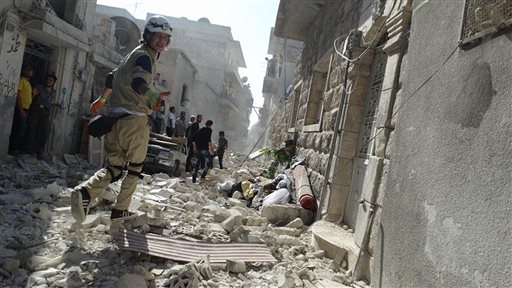 War-torn Syria, currently in the midst of a ceasefire, was hit with another problem Thursday — a nationwide power outage.

The Syrian Ministry of Electricity reported to the Syrian Arab News Agency that workers are trying to determine the cause of the outage and working to restore electrical service.

Power outages are a difficult fact of life in Syria, which has been in a state of civil war since 2011. However, it is unusual for the entire country’s power grid to be affected at once.

Typically, power outages are blamed on rebel attacks or sabotage.

The country is currently in a ceasefire state, which was brokered by the U.S. and Russia. The Islamic State and other terror groups such as the al-Nusra Front, did not agree to the ceasefire.

At times, Syrian rebels have gained control of power generation assets. Also, in 2012, Syria interconnected its power grid with Iraq and Iran.