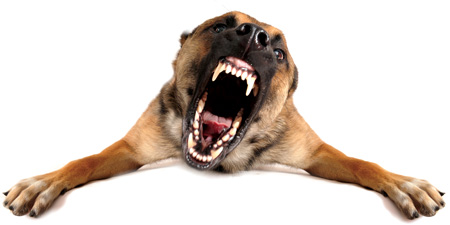 While media coverage of cyberattacks mostly focuses on data breaches at major brands such as LinkedIn or financial institutions, the nation’s critical infrastructure is equally if not more at risk from advanced persistent threats (APTs).

Energy providers that operate electric grids, gas pipelines and nuclear power plants are prime targets for APTs because a successful attack could have wide-reaching impacts on the economy and civic stability.

Several recent attacks on the computer networks of critical infrastructure providers have made the headlines. These include Saudi Arabia’s state-owned oil company Qatar, natural gas pumper RasGas, and Calgary-based Telvent Canada, an information technology service company that helps manage 60 percent of all oil and gas pipelines in North America and Latin America.

Instead of flying airplanes into buildings, perpetrators are using Trojans, viruses, worms and purpose-built malware to attack critical infrastructure providers via the Internet. Virtually every energy provider’s information technology network is connected to public networks to share production, capacity, other information and run the business.

Protecting the nation’s critical infrastructure from cyberthreats initiated by bad actors who are well-organized and funded is difficult because of system complexity in the energy sector. Some areas where organizations fall short include securing the interfaces between diverse systems and understanding how their security infrastructure functions.

Since the Sept. 11, 2001, terrorist attacks, the energy industry has taken measures to ensure the reliability of the North American bulk power system, especially as it relates to the threat of cyberattacks. For instance, the North American Electric Reliability Corp., certified by the Federal Energy Regulatory Commission, has developed standard guidelines to assist its members in implementing critical infrastructure protection (CIP) programs.

In addition, the U.S. Nuclear Regulatory Commission (NRC) has issued security rules that added cyberattacks to the adversary threat types nuclear plants must be able to defend against. According to the NRC Code of Federal Regulations “Protection of Digital Computer and Communications Systems and Networks” (10 CFR 73.54), each nuclear power plant licensee is mandated to submit a cybersecurity plan and remediation strategy. The U.S. nuclear industry’s trade group, the Nuclear Energy Institute (NEI), went even further, inviting more than 20 cybersecurity experts from the nuclear industry to build NEI 08-09, “Cyber Security Plan for Nuclear Power Reactors.” NEI 08-09 is similar to the NRC guidelines and focuses on ensuring that some 650 controls derived from the National Institute of Standards and Technology (NIST)-800-53 are used to verify the cybersecurity of critical digital assets in commercial nuclear plants.

The primary concern in the energy industry is the protection of supervisory control and data acquisition (SCADA) systems used to control geographical dispersed assets (e.g., servers, computers, smart pumps) from a central command center. Historically, SCADA systems were isolated on internal networks and used to control processes for a single site. Advances in computer technology, however, as well as increased competition within the energy industry, have opened SCADA systems to the public Internet. As a result, SCADA systems are more vulnerable to malware-based cyberattacks. Successful malware attacks raise the threat of intruders’ taking control of SCADA systems, which could result in a direct or indirect threat to public health and safety.

The energy industry has established standards for CIP against cyberattacks, but implementation of these guidelines remains a challenge primarily because current security mechanisms–including perimeter-intrusion detection, signature-based malware and anti-virus solutions, etc.–are unable to keep up with the evolving exploits. Often these security tools are used in a silo-based manner and are not integrated within a closed-loop process for continuous monitoring. In addition, most security products lack a risk-based scoring, whereby vulnerabilities and associated remediation actions are based on the threat level to the organization, infrastructure or both.

Besides close collaboration with the Department of Homeland Security, energy providers should consider revisiting their approaches to information security risk management (ISRM) and implementing an advanced program based on the following fundamental steps: