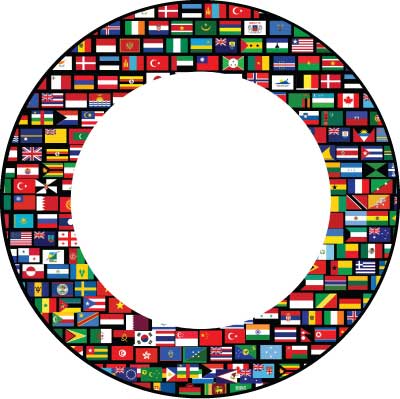 Around the world, governments, businesses and citizens are beginning to understand that aging electric grids are not equipped to be the critical infrastructure of our energy future and are actively investing in a smarter grid.

Electricity demand, opportunities to realize efficiency gains, and the potential to lower carbon emissions are among the key factors’ driving massive global investment in the modernization of electricity infrastructure and the development and deployment of smart grid technologies.

According to the International Energy Agency (IEA), world electricity demand is predicted to grow at a 2.2 percent compound average annual growth rate from 2012 to 2035, and 62 million kilometers of transmission and distribution lines will need to be added, refurbished or replaced to meet the growing demand. In the IEA’s baseline scenario, the global power sector will require some $16.4 trillion in investment over the next 30 years, with transmission and distribution infrastructure representing the largest subsector share.

In the U.S., efforts to upgrade the electric grid to meet 21st-cenury energy, environmental and security needs have accelerated public and private sector investments in grid modernization and smart grid technologies. As a result, during the past five years the U.S. has emerged as an international leader in the development and deployment of smart grid technology solutions. During the next five years, investment in electricity infrastructure modernization will be widespread across developing and advanced economies alike.

The U.S. smart grid industry is rightly setting its sights overseas for business growth and opportunities to provide advanced technology solutions to the challenges of the modern electric grid. In 2013, China surpassed the U.S. as the world’s largest market for smart grid spending, according to Bloomberg New Energy Finance.

In 2010, the Obama administration developed the National Export Initiative (NEI) to support export growth and ensure that exports support millions of U.S. jobs. The NEI identified smart grid as an important sector of the economy with high export growth potential, and the industry continues to be an important component of the government’s trade promotion initiatives. In 2013, U.S. exports hit an all-time high of $2.3 trillion, which set a record for the fourth straight year.

As smart grid deployments have advanced in the U.S., the domestic industry has developed steadily and a wide range of U.S. technology and service companies now lead the global market for smart grid solutions. The available trade data on the transmission and distribution subsector show U.S. export growth in total revenues and also a reversal of a decadelong trend to achieve growth in market share in each of the past five years.

Today, the U.S. is the third-largest exporter of transmission and distribution equipment, behind only Germany and China. Given high levels of both U.S. competitiveness and international investment in the modernization of electricity infrastructure, the smart grid sector holds great potential for continued and expanded export growth.

The U.S. government is stepping up its efforts to support continued growth for exporters with a particular focus on industries that are innovating for the 21stst-century clean energy economy. The NEI/NEXT will build on the success of the NEI to provide a new, information-based and customer service-driven strategy to ensure U.S. businesses connect to the NEXT global customer and capitalize on growing export opportunities.

To help U.S. firms in fast-growing technology industries like smart grid, NEI/NEXT is focused on developing growth markets, promoting the competitiveness of U.S. innovators, and sustaining and expanding their success in the global marketplace. Research and development exchanges, technical support for regulators, trade missions and reverse trade missions, and a robust portfolio of pilot projects and feasibility studies with international partners are helping support global opportunities for U.S. smart grid solution providers.

The U.S. Trade and Development Agency (USTDA) has been recognized for its support of electricity transmission and distribution projects in emerging markets. USTDA Director Leocadia I. Zak was named one of 50 Smart Grid Pioneers in 2013 by Smart Grid Today, an acknowledgement of the agency’s efforts to connect U.S. companies to grid modernization projects in developing and middle-income countries. To link U.S. businesses to global infrastructure opportunities, USTDA provides grants directly to overseas sponsors for feasibility studies or pilot projects, which can demonstrate the value of U.S. technologies in an operating environment overseas. For example, USTDA recently supported an automated demand response pilot project with Honeywell, AECOM and China’s Electric Power Research Institute (EPRI). The project demonstrated that Honeywell’s technology could reduce energy loads in Chinese commercial buildings by 15 percent and in industrial sites by as much as 50 percent. As a result, EPRI realized that U.S. companies can help them achieve their demand-side management reduction goals. Several Chinese cities are considering the adoption of these technologies.

USTDA also hosts reverse trade missions, which bring foreign decision-makers to the U.S. to introduce them to the design, manufacture and operation of U.S. goods and services. Reverse trade missions provide a valuable platform for fostering relationships among foreign project sponsors and U.S. smart grid companies.

Nearly 60 U.S. equipment and service providers interested in connecting to these opportunities participated in the reverse trade mission. One U.S. company already has reported sales as a result of the relationships it established, and it anticipates follow-on opportunities. Three of the distribution companies asked for USTDA’s support for follow-on project planning activities.

The agency is providing technical assistance to the Benin Electricity Distribution Co. to develop a complete investment plan to update its network.

USTDA also is supporting the Ikeja and Eko Electricity Distribution Cos.’ efforts to develop road maps to implement smart grid technologies throughout their power grids. Ikeja and Eko’s networks cover the Lagos metropolitan area, which includes some 16 million people. These activities support the Power Africa initiative, which aims to increase electricity access by 30,000 MW across the continent.

USTDA, the Department of Commerce’s (DOC’s) International Trade Administration and the Department of Energy also have established energy cooperation programs in India and China that have generated significant U.S. exports. These public-private partnerships produce results for both U.S. industry and emerging market partners. As a result, USTDA has undertaken smart grid projects in four of India’s seven largest cities in coordination with its ECP partners. U.S. companies are provided access to the lead smart grid project developers around the world while international partners gain insight into the latest, most appropriate technologies to meet their demands. Other international markets that are pursuing grid modernization include Colombia, Vietnam and Turkey. Although the needs of each country vary, the message is clear: International distribution companies are ready and willing to partner with U.S. companies. Overseas utilities understand that U.S. companies are highly competitive in grid modernization technologies and can assist in increasing efficiency, saving costs and reducing losses. They understand the tremendous value of U.S. expertise in the smart grid sector and the experience needed to address the challenges to their grid infrastructure.

That is why utilities from at least a dozen smart grid markets around the world will attend DistribuTECH Conference & Exhibition in February and will be participating in the DOC’s International Buyer Program (IBP), a joint government-industry effort that brings thousands of international buyers to the U.S. for business-to-business matchmaking with U.S. firms that are exhibiting at major industry trade shows.

Both the International Trade Administration and USTDA will lead international delegations to DistribuTECH to provide opportunities for U.S. firms to gain real-time market information and meet with international buyer delegates one-on-one. The IBP will further leverage the presence of the DOC’s Foreign Commercial Service, which recruits buyer delegations from growing smart grid markets around the world. For U.S. exhibitors who are looking to expand their business abroad, international trade specialists from the DOC will provide export counseling, market analysis and international business matchmaking services.

To take advantage of these free services and make the first step toward export success, U.S. exhibitors should register to participate in the DOC’s Showtime program at DistribuTECH. Showtime is a unique opportunity to meet with DOC energy industry specialists from around the world, gain insights on commercial opportunities in growth markets, and target potential partnerships with international buyers. Register for Showtime and visit the International Business Center in Room 33 A/B/C on the upper level meeting rooms of the San Diego Convention Center.

Drew Bennett is a senior international trade specialist and smart grid industry analyst with the International Trade Administration of the U.S. Department of Commerce in Washington, D.C. He has a bachelor’s degree from Middlebury College and a master’s degree from the Fletcher School at Tufts University.

Verinda Fike is a country manager in the East Asia Region for the U.S. Trade and Development Agency responsible for business development, project preparation and evaluation, and supervision of USTDA activities in the region. She has a Master of Science in Foreign Service and a Master of Public Policy from Georgetown University and a bachelor’s degree in international affairs and Mandarin Chinese from the University of Colorado.

Visit the International Business Center during DistribuTECH on the upper level meeting rooms of the San Diego Convention Center.