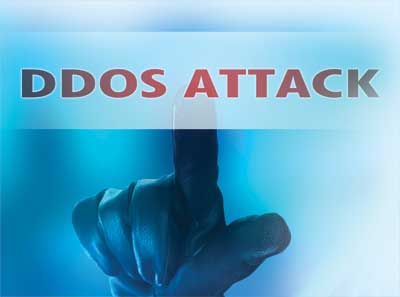 In the past few years, the cyberthreats against electric and gas utilities have accelerated dramatically.

Breaches that once primarily were caused by negligent or malicious insiders are now more likely results of state-sponsored cyberespionage campaigns, organized criminal groups and “hacktivists.”

A new wave of cyberattacks is targeting the energy industry. To combat them, electric and gas industry officials must take a stronger, more proactive stance on cybersecurity.

One of the top new risks is called the distributed denial-of-service (DDoS) attack.

To call DDoS new is a bit ironic because these attacks have existed since the dawn of the Internet. But in the past two to three years, they’ve experienced a renaissance of sorts, with significant technological improvements that make them exponentially more powerful than previous attacks, widespread availability of “rent-a-bots” that make it easier for hackers to launch these attacks, and the increasingly criminalized nature of these attacks, which makes them more dangerous.

According to Verizon’s “2014 Data Breach Investigations Report,” 14 percent of all cyberattacks on utilities came from DDoS attacks in 2013.

That makes it the third-most common cyberattack on utilities.

In addition, utilities were the fifth-worst industry in data breaches that resulted in lost or stolen data, according to the report.

One example of the threat posed by DDoS is the February 2013 attack on a large municipal electric, water and sewer utility, which resulted in a two-day outage of the utility’s website, online payment system and automated pay-by-phone automated billing system.

In April 2014, Connecticut’s state utility regulators reported multiple electric, gas and other utilities also had been breached by hackers.

A DDoS attack occurs when a hacker or group of hackers floods a company’s computer network or website with bogus data or requests to overwhelm it to the point where it can no longer function or serve legitimate users.

But a DDoS attack is more than simply shutting down a website temporarily; the damage from these attacks can extend far deeper into the corporate network so that internal network operations slow down or halt, payment transactions can no longer be processed, and the network architecture might be damaged.

It even can disrupt industrial control systems such as supervisory control and data acquisition (SCADA) and programmable logic controllers (PLCs), which should be of particular concern for utilities.

They also can be used by sophisticated hackers to facilitate more dangerous secondary attacks.

Utility executives must be aware of four ways that DDoS attacks have evolved recently:

For the electric and gas industries to keep up with the growing cyberthreat, they must:

The risks posed by DDoS attacks have changed considerably during the past few years and should not be overlooked by the electric and gas industry. With the proper planning and preparation, it is possible to defend against these attacks and limit their potential damage.

Sahba Kazerooni is managing director of Security Compass, where he oversees the DDoS Strike program and its advisory division for Fortune 500s. A former software developer, he is CSSLP certified and leads OWASP’s flagship ASVS project. Security Compass specializes in cybersecurity services for the energy, finance, technology and health industries. Email sahba@securitycompass.com.