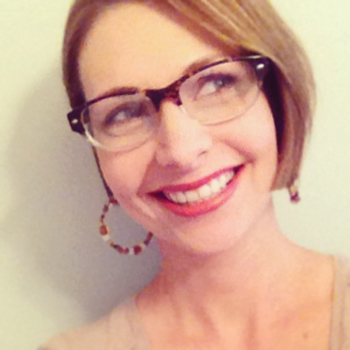 To an editor, a spoken clichàƒ© is forgivable; a written clichàƒ© approaches mortal sin. So we cut thousands of “perfect storms” and “paradigm shifts,” and when authors mistakenly have thought they were taking you name it “to the next level,” we single-handedly have brought them back from editorial Hades with only an extended peck-peck-peck of our right pinkies.

But utility execs have taught me something journalism school did not: I’ve been letting a clichàƒ© slip by for years. The term “leaders of tomorrow” is overused, but more important, it’s a misnomer. The “leaders of tomorrow” are leading today-whether it’s a school debate team, a five-person opening-shift staff meeting at a fast-food joint or a volunteer group that picks up trash on the side of an interstate.

You don’t have to be a C-level executive at a Fortune 500 company to be an exceptional leader. Every CEO started with a much lesser title. And each exhibited three leadership attributes from the beginning: goal setting, hard work and an unbreakable spirit.

After much interaction with some of the most successful leaders in the utility industry, I’ve noticed they also are extraordinary active listeners who go beyond expectations at every opportunity.

A few years ago, I had a phone interview with Wisconsin Energy Corp. Chairman and CEO Gale Klappa. I explained that although I’ve never been to his state, I’m a Cheesehead by default because my dad spent part of his childhood in Milwaukee, where my grandmother learned how to make the best cheesecake on earth from a German immigrant. A few days after our interview, a package arrived at my office. Mr. Klappa had written my grandmother a note saying he hoped she would enjoy the cookie recipes from the enclosed cookbooks his utility publishes annually. She still talks about my “nice friend.”

And in February, I got to spend some time with Edison International Chairman, President and CEO Ted Craver during the Electric Light & Power Executive Conference in San Diego (read more about the conference on Page 10). Mr. Craver was to deliver the DistribuTECH Conference & Exhibition keynote the next morning. Because Mr. Craver also won Electric Light & Power’s Large Utility CEO of the Year award, I had arranged a photo shoot in San Diego with him and our Small Utility CEO of the Year, Joseph Isabella of Vineland Municipal Utilities. As the three of us were talking just outside the doors to the Executive Conference, OGE Energy Corp. Chairman and CEO Pete Delaney walked up and said, “Hey, Ted! Are you joining us on the next panel? We have a chair for you.” (The spare chair had been for Pepco Holdings Inc. Chairman and CEO Joe Rigby, whose flight encountered weather the evening before and got diverted to Phoenix-on Super Bowl Sunday. Mr. and Mrs. Rigby never made it to San Diego, but I’m told they managed to find what probably was the only available hotel room in Phoenix.)

Without hesitation, Mr. Craver said he would love to participate on our CEO panel if we would allow him to leave a few minutes early to make another appointment. In other words, he wouldn’t get a break that day after our photo shoot. Yet when the PennWell team got back to Tulsa after our busiest week of the year, Editor in Chief Teresa Hansen received a handwritten note from Mr. Craver thanking us for a great time.

If you get a chance to spend some time with leaders from your company, do it. The C-suite is bound to have examples of excellent leadership, but don’t overlook the people who are leading smaller niches. They are the ones who will be leading the utilities of the future (which, by the way, is another clichàƒ©).