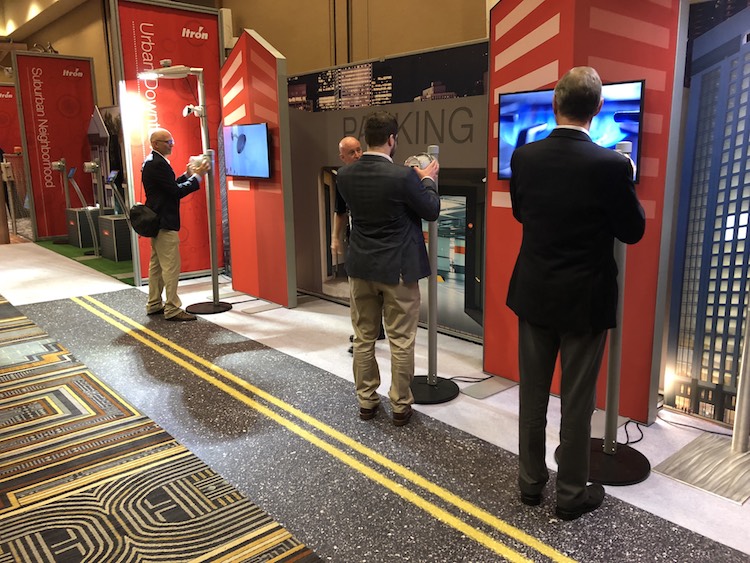 Utilities that are concerned about eroding or changing business models have something to be very excited about, and that’s new technology that will allow them to increase their reach into areas that they have not had much of an impact on before.

That was the takeaway from this week’s Itron Utility Week (IUW), which showcased how through connected, digital infrastructure, utilities will be able to implement systems like radiation and gunshot detection and seismic response, which will lead to a safer world.

Utilities are unique among businesses in that they physically touch just about every home and business in the world. In addition to touching every home and business, that also own infrastructure at the street level, i.e. telephone poles and, sometimes, street lights. (With the exception of course of regions of the world that are not electrified)

While what some may have seen as a burden in the past — think of the hours involved in driving past every single electric meter to read it to ensure accurate billing — now companies like Itron and its third-party developer partners are showing how that physical connection can have massive public safety implications.

Take, for example, streetlights that can hear, smell and even communicate with each other. New sensors can be installed in lights that can detect gunshots and immediately alert the authorities. The same streetlight or pole located near a nuclear power plant could have a radiation detector that alerts emergency personnel and the power plant operator if there is a radiation leak.

Or what about a telephone pole that gets hit by a car and can sense that it wobbled but didn’t fall – it could tell the police that an accident may have occurred and tell the utility that the pole might be damaged. Now imagine a scenario in which all the telephone poles on a street wobble at the same time, indicating a seismic event, like an earthquake. The sensors on the poles talk to each other almost saying “Ëœdid you feel that?’ and together they can alert the authorities that an earthquake may have taken place.

Offerings like these go far beyond the kilowatt-hours that utilities are used to providing and help expand their reach, not only increasing customer engagement (a goal that has been in place for a long time) but also increasing public safety. And the enabler is a canopy of communications technology attached to connected equipment, aka, the internet of things, IoT.

Solutions like these are key to the success of the utility of the future and, interestingly, they are not the result of innovative thinking from within the utility, and may never be, according to Philip Mezey, President and CEO of Itron.

“We [corporations] have this really set way of thinking and utilities do, too,” explained Mezey. He believes that it is startups and “people who think very differently from the way we do” who are going to create a more efficient world.

“The offensive way I like to say this is that somebody with a soul patch and a thumb ring is going to figure it out,” he added.

Mezey said there has to be an element of people wanting to create solutions that make the world a better place because it’s cool and not just for money, he said.

“It’s going to be socially influenced. And that kind of social thinking — this orthogonal thinking of allowing people to get access to the platform and come up with a new way to present it and a new way to think about the data and solve the problem — is going to be really powerful.”

You can watch a small snippet of what was on display at IUW by watching the video below:

A mega-session called “The Next-Generation Utility Business: It Takes More than a Village“ will be presented at DistribuTECH 2019 in New Orleans, on February 5, 2019.

Itron is sponsoring the “Expanding the Grid” Knowledge Hub, which offers educational sessions on the exhibit floor throughout DistribuTECH 2019.