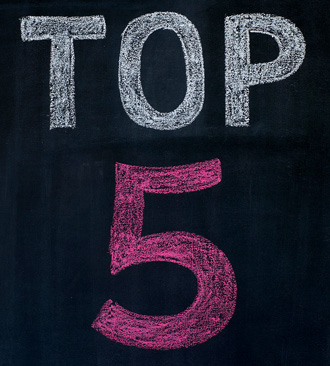 The winds of change are sweeping through the corridors of U.S. power and utilities companies like never before. In the coming year, a powerful set of trends likely will affect the operations and eventually the business models of utilities.

Here’s a look at five issues that will affect the agendas of power and utilities CEOs in 2014.

Consumer embrace of these distributed energy technologies presents challenges. A key concern is the utilities’ ability to recoup costs associated with supporting the grid and providing adequate resource availability, given the intermittent nature of distributed energy resources. For utilities, this might mean costly updates to operational and communication systems, whose costs will be recovered from all customers, not just those installing these resources. Technological breakthroughs such as enhanced energy efficiency, demand-side management, battery storage and smart grids might present further challenges and opportunities.

To keep pace, utilities might be required to invest in consumer-centric technologies and rethink their overall customer strategies. It also might be necessary to revise approaches and raise expenditures for marketing, billing, communications and field services.

Meeting these demands for capital investments presents a profound challenge partly because utilities expect future top-line demand growth to be slow or flat. The U.S. Energy Information Administration, for instance, projects electricity consumption will grow by less than 1 percent annually during the next several decades.

In deregulated retail markets, this stalled demand might translate into lower margins and a hypercompetitive business environment.

Making matters worse, utilities face increasingly uncertain regulatory approval of capital improvement initiatives and rate increase requests. In response, CEOs should strategically prioritize capital investment programs and carefully manage these projects through their life cycles to enhance likelihood of recovering expenses through the regulatory process. It also might be necessary to identify new sources and models of financing.

Comparatively low natural gas prices have driven down energy prices, which has strained the profits of power plant operators in deregulated markets. Should this trend endure, baseload generating plants (coal and nuclear) likely will be displaced by gas and solar during peak demand and by wind at off-peak, challenging the economic viability of maintaining baseload generating operations.

But shutting down coal and nuclear baseload generating plants could result in serious consequences should alternative power sources prove unreliable. Natural gas, for instance, is subject to supply disruption, and generation of solar and wind power depends on the right weather conditions. Adverse weather, like this season’s frigid temperatures across much of the U.S., has spiked demand and prices–and diverted gas from firm capacity electricity plants to city gates for heating.

The lesson might be that we do not have adequate capacity, which could jeopardize the ability to deliver reliable, always available electricity. Understandably, some market participants are calling for capacity market payments to assure adequate long-term resources. Arguments can be made for both sides.

The introduction of capacity payments has been a subject of intense debate during the past year in Texas, which follows an energy-only model. It seems likely that the discussion about a power market redesign will heat up in the year to come.

3. As vulnerabilities increase, utilities should focus on cybersecurity.
The inexorable evolution toward a more digital ecosystem likely will leave utilities more vulnerable to potentially devastating cyberattacks. Consequently, CEOs should prioritize implementation of a strong, modern strategy to manage ever-increasing cyberthreats.

These security incidents often come at great expense. The average cost of a successful cyberattack in the U.S. was $11.6 million in 2013, up from $8.9 million the year before, according to the Ponemon Institute’s “2013 Cost of Cyber Crime Study.”

Addressing these threats will require investments to update the aging technology infrastructure. Utilities also might need to mitigate software vulnerabilities across the organization, which can be especially challenging when far-flung field assets are digitally connected to an organization’s operational technology systems.

Ongoing implementation of advanced metering and digital communications technologies will extend the attack surface–the points in which cyber adversaries attempt to access data, applications and systems–and elevate cyber risks. As utilities deploy smart grid technologies and give customers access to usage data via smartphones, for instance, they might unwittingly introduce new avenues of attack.

Another cybersecurity challenge for the bulk electric industry is the newly approved North American Electric Reliability Corp. (NERC) Critical Infrastructure Protection (CIP) Reliability Standards version 5, which states that all cyber assets must be classified as low-, medium- or high-impact. This will demand a thorough reassessment of all assets. Version 5 also mandates protection for transient devices such as USB thumb drives and laptops. Affected entities will have 24 months to comply (36 months for low-impact assets), but doing so might be challenging, given version 5’s wide range of new requirements.

Today, some utilities chief information officers (CIOs) might not fully understand the gaps among their security capabilities, regulatory mandates and quickly evolving vulnerabilities. Even if they do, the security implications might not be adequately communicated to the C-suite and other leaders. Indeed, cybersecurity is a serious risk management issue that should be elevated to a board-level discussion. That won’t happen without better communication, however.

In “The Global State of Information Security Survey 2014,” for instance, PwC found that fewer than half (48 percent) of power and utilities respondents said they have a cross-organizational team of executives that regularly meets to communicate and coordinate information security issues. As a result, top leaders make decisions without regarding security vulnerabilities, which can further elevate cybersecurity risks.

That’s why CEOs should proactively champion cultures of communication and collaboration internally and between the private and public sectors. Sharing information on evolving risks, leading practices and incident response tactics is a foundation of the voluntary cybersecurity framework developed by the National Institute of Standards and Technology (NIST).

4. Regulatory mandates will multiply.
New regulations will be introduced in the coming year, and many executives worry that some might undermine their ability to raise funding and might affect operations.

In the “13th PwC Annual Global Power & Utilities Survey,” for instance, 67 percent of North American respondents said that new energy policies are weakening investments. What’s more, many said they are unable to recover the costs of new power generation via regulated energy tariffs.

A handful of regulations approved or proposed by the Environmental Protection Agency (EPA) might affect future operations of utilities significantly, particularly among coal-fired plants. Important regulations to watch include:

The Mercury and Air Toxic Standards (MATS) aim to reduce mercury pollutants from coal plants by 90 percent and will cost an estimated $9.6 billion a year.

These regulations, in combination with the lower price of natural gas, might force CEOs to consider expensive retrofits to coal plants or conversions to natural gas.

In some cases, closures of coal plants might be more cost-effective. Either way, regulatory mandates likely will bring broad impacts on the utilities sector.

5. The new talent gap.
As the work force ages, the economy improves and the pace of work force rotation accelerates, utilities might find it difficult to attract younger workers with adequate experience. This talent mismatch likely will result in loss of key institutional knowledge, increased operating costs and lower productivity.

Although the number of employees eligible for retirement has stabilized recently, eligibility for executives is markedly higher and continues to rise. Consequently, the costs of benefits–retirement programs in particular–will remain a significant proportion of rising labor costs. The retirement of seasoned employees also might boost the costs of recruiting and training, weaken employee productivity and drain intellectual capital.

At the other end of the age spectrum, the broadening job market might encourage younger employees to pursue other career opportunities.

The impact is already clear: PwC research shows that the turnover of utility employees in their first year was significantly higher in 2012 than in 2011.

The loss of workers young and old has widened the talent gap. Some utilities have responded by rethinking their approaches, processes and employee value propositions. For instance, utilities have begun to source workers from new talent pools, such as the military, that have common hierarchies and processes.

CEOs this year should champion a proactive initiative to replace retirees and successfully transfer key knowledge to newer workers.

As discussed in the PwC U.S. paper “Power and utilities changing workforce,” this might require comprehensive succession planning, training and development initiatives.

It also might demand that utilities develop new controls to establish an effective knowledge management strategy that captures and retains process documentation, work procedures and other relevant employee knowledge.

Leading With Change
Taken together, these five issues signal potentially profound changes and challenges in the months ahead.

But power and utilities CEOs who proactively address them might gain an early lead in the business transformation that is changing how companies securely operate and interact with customers, employees and governments and keep the lights on for all of us.