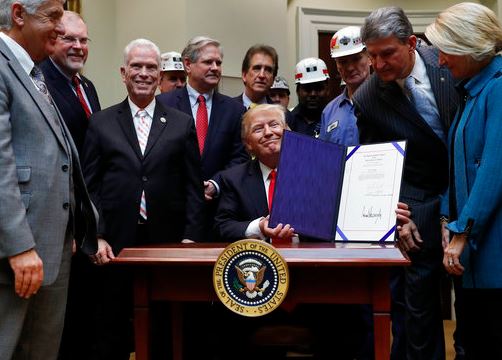 The order deals mostly with updating outdated information technology (IT) systems, but like many executive orders, it does not provide a detailed strategy for accomplishing this task.

The order tasks the directors of federal-level agencies with developing effective risk management strategies and leading teams of executives who are knowledgeable in IT.

The order relies, according to reports, on moving IT systems to cloud computing systems as much as possible, effectively centralizing government data.

Trump pledged January 31 to strengthen the government’s ability to protect its computer networks, but then canceled plans to sign an executive order on cybersecurity without explanation.

The order requests federal departments to use National Institute of Standards and Technology (NIST) cybersecurity standards, which were developed under President Barack Obama, but never implemented across all agencies.